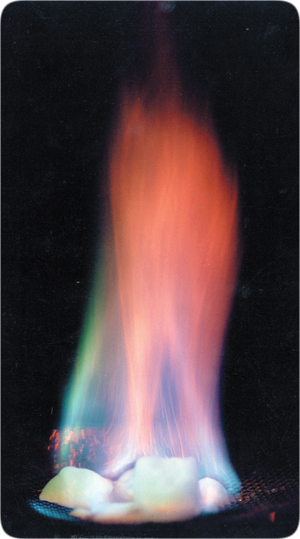 Yesterday (March 31, 2014), an article offering to explain a purported mass extinction event appeared in Proceedings of the National Academy of Sciences. The authors sought to solve a riddle that has annoyed geologists and paleontologists for decades. But they forgot to look at other ways to explain what they saw. And they never once considered that all their colleagues might be misinterpreting, as a mass extinction event, something far simpler.

From carbon dioxide to methane

The team of Dan Rothman, Greg Fournier, Katherine L. French, et al., took issue with the standard story: that volcanic eruptions in Siberia dumped enough carbon dioxide into the atmosphere to make a runaway greenhouse effect. They had to explain one key part of the puzzle: the seeming appearance of large amounts of methane. The authors felt they had an answer: a single anaerobic microbe (genus Methanosarcina) somehow changed its genetic make-up and became a hyper-efficient producer of methane. At the same time (in “geological time,” that is), a large amount of carbon dioxide appeared in the earth’s oceans. The last part: equally large amounts of nickel from those Siberian volcanoes. Methanosarcina in its various forms thrives on nickel.

As a result, the Methanosarcina microbes produced tons of methane. The methane, not the carbon dioxide, caused the runaway greenhouse effect. That’s what killed the last trilobites. And 97 percent of all species supposed to exist at the time. The date of this event: 250 million years ago, between the Permian and the Triassic Periods in the “geological column.”

So say this team. Akshat Rathi sent in this report in Ars Technica. Other reports appeared today (April 1, 2014) in The Guardian (London), Reuters, and The Independent. (Note: the Guardian article linked to the wrong article in PNAS.)

Is this why Barack Obama’s Environmental Protection Agency wants to regulate flatulence in pasture animals? Could be, if the White House and/or the EPA get advance copies of articles published in PNAS.

But more to the point: does this best explain what the Rothman team are tying to explain? For answer, this Examiner turned to an engineer who long ago came up with a new and radical explanation for the geological column. His answer: not so fast.

Walter T. Brown, of the Center for Scientific Creation, began by roundly criticizing Rothman and his team. The problem: they presented only two hypotheses

Never once, says Brown, did they consider what must have happened to produce all that CO2 in the ocean. Nor all the nickel, either. In short, Rothman and company have an explanation that not only isn’t simple, but doesn’t fit all the facts!

Where the methane, and the carbon, came from 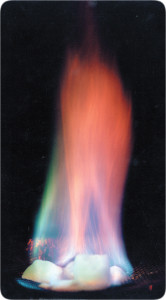 Brown has an answer. He explains first that the mass extinction covered more than only one interphase in the geological column. It includes the whole column. The extinction-level event (ELE) laid down all the layers, or strata, in one year. That event is, of course, the Global Flood.

Why do we find 97 percent of the fossils at the Permian-Triassic interphase, or deep to it? Because the fossils had the right specific gravities to put them where geologists and paleontologists find them. The strata came to be, not from sequential deposition, but by hydrological sorting.

But how did so much methane come to be? Because as Brown points out, something did produce large amounts of methane. Much of this methane is buried in flammable ice. (See the illustration.) Erwin Suess et al. in 1999 estimated that

marine gas hydrates collectively harbor twice as much carbon as do all known natural gas, crude oil and coal deposits on earth.

In fact, says Brown, the Japanese have looked for ways to extract this methane for decades, even before the great March 2011 earthquake ruined the Fukushima nuclear reactor.

Brown’s answer: the Global Flood dumped a lot of vegetation into the sea, all along the coasts. These trees and shrubs carried bacteria on their leaves. Many of these species were anaerobic. They thrived in a low-oxygen environment, and thus made the methane.

Where did the carbon dioxide come from, that the bacteria used to make the methane? From the same place all the earth’s limestone came from. Here Brown invokes the main part of his Hydroplate Theory of the Global Flood: the Flood started when a subcrustal ocean broke confinement at what became the Mid-Oceanic Ridges. Before the breakout, this subcrustal water was supercritical, meaning more than critically hot but under the critical pressure. Such water can hold many more things in solution than is normal. This water held mineral deposits, including carbon salts. So the source for the carbon dioxide, and the limestone, was inorganic.

Brown closed the interview with a challenge: he would like Rothman and company to debate him publicly, if any of them find any part of his answer lacking.

Sedna has company, and lots of it

Methane and mass extinction: not so fast | feedreadnews.com