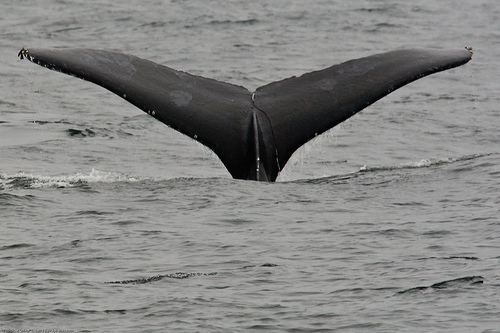 As a Creationist I tend to watch and read more secular material than most might expect. There is a good reason for this. Usually the secular material provides me with the best arguments against Evolution imaginable – and on many occasions, the material provides me with a good laugh as well. While watching a few minutes of the History Channel’s program entitled The Big History of Everything, a few interesting questions shot through my mind along with a few chuckles.

Evolution: sea to land and back?

The program, besides making a number of assumptions that just don’t make sense and can’t be supported by any credible data, attempted to explain how creatures that evolved in the sea made their way onto land; but then had to go back to the sea in order to reproduce; and then these creatures were able to go back onto land and live because they had figured out how to lay eggs. According to the program, figuring out how to lay eggs enabled them to take part of the sea onto land with them, which enabled them to reproduce on land. The program made a point of asserting how important a development this was. It sounds silly when you write it out this way but they present it in a manner, complete with artists’ renditions and computer-generated images that make you think they actually know what they’re talking about. 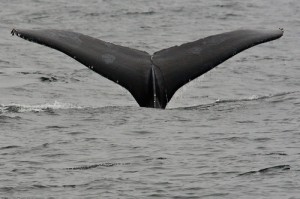 A humpback whale shows its tail off the California coast. Humpbacks are one of the best-known members of the baleen order, the same as the desert whales of the Atacama Desert. Photo: Mike Baird, CC BY 2.0 Generic License.

In this case their hypothesis is more than silly; it is an insult to our intelligence. Stay with me. This gets a little confusing. First of all, Evolutionists would have us believe that one phylum of animal – or whatever they were supposed to be – evolved in water; then they tried to evolve on land but couldn’t; so they went back in the water to evolve their reproductive systems; once they did this, then they came back on land and evolved again. Whew! That’s a whole lot of evolving! And the program left out one very important question: how did this animal develop a respiratory system that enabled it to live on land and not in water? Are we supposed to believe they figured out how to do that as well?

Perhaps the most silly and insulting explanation offered is that these creatures “figured out” how to produce eggs. Really? So the program would have you believe that these creatures that were significantly lower than us on the Evolutionist’s evolutionary chain were able to figure out how to change their entire reproductive system and how to produce eggs, as well as how to develop lungs. Do you know of any of us more highly evolved humans that have figured out how we can biologically produce an egg? Perhaps someone should educate these educators on how complex an egg really is. But more importantly, I would like to ask: if these primitive life forms could figure out how to lay eggs, why can’t Eskimos figure out how to grow fur?

After all, the theory of Evolution would have us believe that phyla evolve through mutation in order to adapt to their changing environment. They use the argument of survival of the fittest to support their argument. Although the fittest do survive in challenging environments, there isn’t any data to support that these “fittest” evolve into a new kind of phyla. For example, if a small cat can’t survive in the arctic but a husky can, is there any evidence that suggests that somewhere along the line the cat evolved into a husky? Of course I’m only using cats and dogs as an example. The proper question should be: if one animal phylum can’t survive in a certain environment, is there any data that supports the idea that the phyla evolved into another phyla that could survive in the harsher environment?

All the rage now is that reptiles/dinosaurs evolved into birds. Really? Well, here’s a few questions:

There are a myriad of valid questions regarding the veracity of Evolution that people are too intimidated to ask, starting with:

Evolution may have convinced the general population that it is a reasonable answer to many questions regarding origins, but if it is an answer, it’s only because the right questions aren’t being asked.