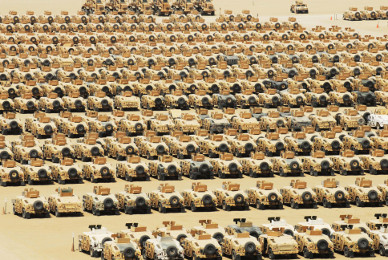 The recent debacle in Iraq raises many questions: questions about whether or not we should have gone there; questions about the wisdom of pulling our troops out; questions about nation-building and spreading democracy. To be sure, all of these questions are legitimate. However, there is a side of this issue that has yet to be discussed: the role the coward plays in all of this.

President Bush got us into this war on the basis of the intelligence reports that Iraq had weapons of mass destruction. His error was not restricted to erroneous intelligence reports. He made a fundamental mistake in thinking that democracy would somehow solve all Iraq’s problems and morph it into a liberty-loving country where human rights were valued and freedom thrived. Unfortunately, the American people accepted this lunacy – partly because we think others value freedom and liberty the same as we do, and partly because deep in our heart of hearts, we wanted payback for 9/11. All these concepts rested on a faulty foundation – a foundation that assumed that the Iraqi people would eventually appreciate what we appreciate here in America and would be willing to fight for it. We were all wrong.

Iraqis turn out to be cowards 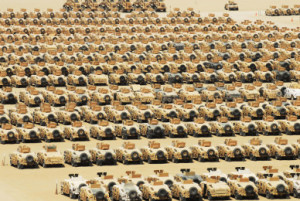 The question of whether or not nation-building is a good idea is not the issue facing the current situation in Iraq. The fundamental principle that is lacking to secure a favorable outcome is that the Iraqi people must believe that freedom is worth dying for. The philosophy that it is better to die free than to live as slaves may be uniquely American.

After all the time, blood, and money we spent on training Iraqi soldiers (under the assumption that they would defend their country against the likes of ISIS), we have found that we sorely overestimated them. When push came to shove, their true colors were revealed: a deep shade of cowardly yellow. Keep in mind that a coward by definition is a person who lacks courage in facing danger, difficulty, opposition, pain, etc.; a timid or easily intimidate person. The Iraqi soldiers who fled in the face of danger are the personification of this term. Again, this is something that may be hard for Americans to comprehend. America was founded by people of honor and tenacity who stood against the greatest world power of their day – all for the love of freedom. Patrick Henry’s speech that ended “Give me liberty or give me death” lies in direct contrast to the sentiments of the Iraqi army that seems to live by the creed: Give me anything, just don’t give me death. And so their cowardice has led to nothing but death, and the “anything” includes submission to unspeakably evil dictators the likes of Saddam Hussein and ISIS.

Americans often say that this is the land of the free because of the brave. That has never been the case in Iraq. They have been ruled by tyrant after tyrant. You can blame the tyrants for being tyrants, but tyrants can only exist in a land of cowards. These two character traits enable each other in ways I hope we will never fully understand.

Is it wise to pull out of Iraq may be the wrong question. The right question may be whatever made us think that democracy would assure the Iraqi people of freedom. They have proven that they are destined to live under evil of tyrants because they are a land filled with cowards. God bless America and the many heroes who have died to keep her free and the many that were willing to die to keep her free. It is a frame of mind and resolve that the Iraqis may never understand. If they think their terrorists’ actions will subdue America, they are also making a wrong assumption. In truth, they are underestimating America’s resolve to stay free as much as America has underestimated their cowardice.

Not worth going back in

Do we leave Iraq after we have shed so much blood there and spent so much treasure? They are not worthy of the blood that we and others spilled nor of the treasure we spent in the past and they are not worthy of any more of it in the future. And I believe if you were able to ask any American who gave their life in that ungodly piece of dessert, they would urge us to pull out as soon as possible and spare the lives of their fellow troops and the heartaches of their families. It may be time to let the devils rule over the devils. ISIS or Saddam – neither could exist in America. Mr. Obama, did you just hear what I said?

Israel in limbo about war

Pope Francis and his fruits