Evidence continues to mount against Senator Thad Cochran (R-Miss.). Yesterday a witness came forward and charged that Thad Cochran paid voters to vote in the Republican runoff. If this charge holds, then Thad Cochran could lose the nomination by default. He might also face expulsion from the United States Senate. Either way, he would find himself hoist by his own petard.

The witness is The Reverend Stevie Fielder, associate pastor of First Union Missionary Baptist Church, Meridian, Mississippi. He says Mr Saleem Baird reached out to him and said he was a member of Thad Cochran’s campaign. In what capacity he served Senator Thad Cochran, Mr Baird did not say. But he offered to pay $15 to any person, particularly any black person, who would vote for Thad Cochran in the Republican runoff against his opponent, Chris McDaniel.

Mr Baird gave Mr Fielder envelopes of cash and told him to dole it out, at $15 per vote. According to Mr Fielder, Mr Baird handed other envelopes like this to other men. Fielder said he “delivered hundreds or even thousands of votes” to Thad Cochran. In return Mr Baird offered to pay him $16,000 from the Thad Cochran campaign. Besides the money, Mr Baird emphasized to Mr fielder that Chris McDaniel was a racist.

They sold me on the fact that he was a racist and that the right thing to do was to keep him out of office.

Two things happened to convince Mr Fielder he had made a serious mistake. First, he never got the $16,000 Mr Baird promised him. Second, he objectively reviewed the campaign ads from the Thad Cochran and Chris McDaniel campaigns. Then he understood: Mr Baird lied to him about Chris McDaniel being a racist.

Credibility of the witness

Can we believe Mr Fielder? He says Mr Baird lied to him about Chris McDaniel being racist. Could Baird also have lied about working for Thad Cochran? Mr Fielder offered four pieces of electronic mail suggesting Mr Baird was in Thad Cochran’s employ. All the mail pieces come from the address Saleem@ThadForMs.com. That domain name does check out. CNAV sent a request for comment to that e-mail address. No comment has come back. But neither has any advice of delivery failure or similar error.

Is Mr Fielder lying? CNAV asked Mr. Baird (or whoever owns that address) to defend himself. Mr Charles C Johnson, originator of the Little Green Footballs site and lately of GotNews.com, paid Mr Fielder for his account. Ethical canons warn against this, perhaps precisely because a source who sells information, might exaggerate or fabricate to make the sale. Mr. Johnson defended buying the story, according to Matthew Boyle at Breitbart.com. (See also Bryan Fischer’s piece at OneNewsNow.com.) 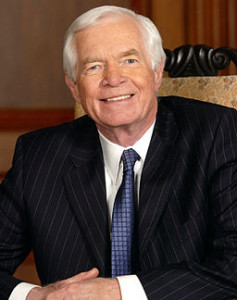 Paying someone to vote for you is illegal in almost every jurisdiction. It is certainly illegal in Mississippi. (MS Code Section 23-15-561, 2013.) Furthermore, the law says any candidate caught paying people to vote for him should be disqualified from running for that office, and should be removed from that office if a court find him guilty of such vote buying.

This means Thad Cochran faces expulsion from the United States Senate. It also argues further for specifying in the Constitution that any State may recall its Senate delegation or other member of it, for any reason or no reason. Certainly the Constitution should let a State recall a Senator who got to be a Senator through unlawful means.

Chris McDaniel has already accused Thad Cochran of winning with voters who voted in the Democratic primary and then in the Republican runoff. Irregular votes have already turned up in ten Mississippi counties. That also is illegal in Mississippi. Chris McDaniel’s volunteers may yet find that Thad Cochran achieved his 6800 vote margin of victory through votes that should not count. If so, Chris McDaniel could reverse the results on that ground alone.

In short, this matter now involves the credibility of the two camps, an additional witness, and a semi-professional journalist. At this writing, the Thad Cochran campaign has a greater problem making people believe them than has the Chris McDaniel campaign. Mr Johnson paid for a story, and might have paid a witness willing to lie to him. But the witness did give evidence that a good investigator can check out. (CNAV knows that e-mail address is good, after waiting half an hour for a delivery-failure advice that never came.)

And if the Thad Cochran campaign resists this checking-out, that would make the claims of the witness easier to believe. Sadly, we have no reason to believe the Senate, under the leadership of Harry W. Reid (D-Nev.), would be interested in investigating these claims. (Unless Reid thought Travis Childers, the Democratic candidate, could beat Chris McDaniel more easily than he could Thad Cochran.) The Senate is simply too clubbish for that. The spectacle of an investigation by a Committee on Privileges and Elections, as Francis Ford Coppola depicted in his film Mr Smith Goes to Washington, would not occur today. So this case needs an independent investigator, and preferably one with subpoena power.

In any case, those who insist Chris McDaniel should meekly accept the runoff results, should eat their words. Enough evidence has now come forward to suggest Thad Cochran cheated him, the Republican electorate, and the entire state of Mississippi. In the process, he brought discredit on himself, the Republican Party of Mississippi, the National Republican Senatorial Committee, and possibly the United States Senate itself.

Hobby Lobby wins for us all