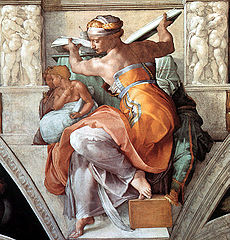 As the details about Common Core Standards (CC) are revealed, the Bill & Melinda Gates Foundation (Gates) have emerged as the prime donor enabling the facilitation of this ill-advised and potentially destructive program. To be clear, it can be legitimately argued that CC will further deteriorate an already strained educational system. That is no small concern when one considers that presently this prosperous nation has fallen from an untouchable #1 worldwide to #23 in the space of one generation. Although the issues with CC can be presented ad infinitum, this article will focus on the curious financial support CC it is receiving from Bill Gates and his wife.

Bill Gates and power that corrupts 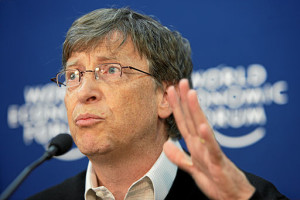 It should be noted that Bill Gates is an extraordinary IT genius. He has been able to use this genius to catapult Microsoft from humble beginnings in his garage into one of the most powerful corporate entities the modern world. As in many cases, economic and corporate success of this magnitude that is tied to one person often gives birth to power. Lord Acton once stated,

Unfortunately, Bill Gates, his company Microsoft, and the Gates Foundation that it supports may be the personification of Acton’s statement.

While all of the above statements may be provocative, if true, the physically unassuming Bill Gates with his Harry Potter persona may have turned into a power addict. But you may be wondering how all of this plays into prophecy. Before proposing an answer to that question, which will be answered with a question, other questions needs to be asked:

To be sure, these questions are bewildering. However, their possible answers may be more than bewildering; they may be a fulfillment of prophecy.

I have always found the prophetic books intriguing, as did my father before me. Even as a child, Dad and I had long conversations about how the incidents recorded in the Bible that refer to the “end times” could play out in reality. Dad was an extraordinary man with the unique gift of being able to think outside of the proverbial box. So, it is no surprise that his thoughts concerning the 10 horns/kings (10) listed in the books of Revelation and Daniel (Daniel 7:7, 17, 20, 23, 24, Revelation 17:12-13) differ from what is commonly taught from the pulpits. While most commentators and clergy members concentrate on looking for kingdoms to fulfill the role of the 10, dad always thought that these 10 would be 10 corporations run by men that had accumulated worldwide power and wealth. The longer I live the more convinced I am that his analysis was and is correct.

For instance, in Daniel 7:23 and 24 and in Revelation, we are told that the 10 horns/kings shall be part of a worldwide government and they shall be different from all other kingdoms that come before them. Rev. 17:13 states that they are of one mind. Daniel 7:23 states that not only will these kings be different but they shall dominate the entire earth. The fact that they are different than other kingdoms and are of one mind is notable. Those who study the end times often assign geographical areas or nations to these 10. Many preachers have postulated that perhaps this country or that country is part of the 10, but in a sense, that would make them the same as other kingdoms that preceded them. However, if their power and authority is not defined by a geographical area but instead extends throughout the world, the rationale that these 10 may very well be 10 corporations that are empowered by the extraordinary wealth of 10 men seems feasible.

Today we see the possibility of that analysis ringing true. Nowhere in the history of the world have we seen entities such as the World Bankers (including J.P. Morgan, the Rockefellers and large investment companies such as Fidelity, Vanguard, Goldman Sachs, etc.), Apple, Microsoft, Exxon-Mobil, GE, Royal Dutch Shell, BP and Toyota Motors. These corporate giants are not restricted to raising revenues within any geographically limited location. Their field of revenue is worldwide and their economic reach is far greater than that of any existing nation. And it is to their advantage to blur the borders of sovereign nations in order to accommodate their free trading and increase the profitability of their empires and their sphere of authority. Subsequently, a nation such as the United States with its patriotic vein would be problematic to establishing a one world government. Citizens with a strong sense of national pride simply would not submit their sovereignty to such a global conglomeration – and national submission is key to globalization. It is also interesting to note that the collapse of sovereign nations would result in the collapse of military powers of these nations that possess the ability to oppose any hostile takeover of the economy or the liberties of their people. It is more interesting to note that a dumbed down nation without a sense of national pride would be easier to dominate. Therefore, the United States of America, with a strong military power, strong national pride, and well-educated populace is an obstacle to globalists’ agenda.

Truth be told, it may be impossible to determine who one of the notable ten is until their alliance is finally revealed by their support of the man commonly known as the Anti-Christ. Unfortunately, as previously listed, there is no shortage of possible contenders. However, lack of allegiance to their country of origin and any effort made to create a serf population would make any major corporation in existence today suspect.

Is this the case with The Bill and Melinda Gates Foundation?

We cannot know this today. However, their substantial financial support of CC should make us question their loyalty to America and why such a brilliant and successful man would support a curriculum that would potentially turn American children into intellectual serfs dependent on the government. Is there a sinister agenda behind this or is Mr. Gates completely deluded and not as brilliant as his history indicates? Time will tell but his future actions are certainly worth watching. It is entirely possible that the benevolent Mr. Gates may not be as altruistic as he would have us believe. And it is entirely possible that the breakdown of the American economy, our failing educational system, the border crisis, the reduction of our military, and the constant assaults on our sovereignty by a never-ending barrage of United Nations treaties may all be clues that prophecy is being fulfilled before our very eyes. If this is the case, it is not time to throw in the towel; it is time to ask yourself what you will be doing when the Lord returns.