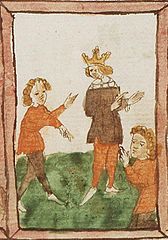 As someone who is considered to be a grassroots activist, I often find myself talking “politics” with many who are interested just for the sake of conversation. It can be a frustrating calling when those who agree philosophically and morally remain apathetic. These represent a large percentage of the population that claim to have conservative values and often identify themselves as Christians.

They are the people who attend church on a regular basis, sit in the same pew week after week and maybe volunteer once in a while or even on a regular basis for worthy causes. Yet somehow, they have spun a comfortable cocoon for themselves where they are surrounded with others who believe and live as they do – others who manage to go on with their lives and tune out the rest of the world. They believe that they are doing their part by merely recognizing our woes but do not think that they are being called to action.

This week our local tea party hosted a tent at our State Fair. While I met many patriots who were frustrated but engaged or willing to be engaged, I also met many who knew the troubles facing this nation and were able to turn a blind eye to their responsibility to fight and defeat the escalation of these troubles. Most of them seemed to be fatalists, who believe these things are destined, and therefore we human beings should accept our destiny and our inability to change the inevitable. This is article is being written for them.

If these fatalists are Christians, they should pay attention to the Parable of the Talents, as recorded in Matthew 25:14-30. Not only is this article is being written for them; it can be argued that Christ told this parable for them as well.

The fatalist with the one talent

Parable of the Talents, 15th century sketch by an unknown artist

In the parable, Jesus is telling a story whereby the kingdom of heaven is compared to a rich man traveling to a far country who entrusts his goods to three of his servants as follows: to one he gives five talents; to another he gives two talents; and to another he gives one talent. At the time the parable was told, a talent was a very large sum of money represented in either silver or gold. (Editor’s note: one talent, in Jesus’ day, was the weight of a given precious metal a man could carry on his back. The equivalent in the modern International System of Units would be 35 kilograms.) In 1915, the silver talent was worth about $2,050 and the gold was worth about $30,750. Christ continues by telling us that the servants who were given the five and the two talents invested what they were given and returned a nice profit to their master. However, the servant who was given one talent hoarded that talent and when the master returned, the servant proudly gave the master back the one talent he had initially received.

In the parable, Christ commends the servants who returned more than they received but calls the one that returned only what he received “wicked” and “lazy.” As extraordinary as it may seem, the servant who returned only what he was given suffers the same fate as sinners and is thrown into the “outer darkness” (see Matthew 25:30). I shudder to think that so many who consider themselves “good” Christians are considered by Christ “unprofitable” and deserving of the same fate as the most detestable sinner.

Is it reasonable to compare this lazy and unprofitable servant in the parable to the fatalists of today? Consider that Christ was comparing the rich master to the kingdom of God. It is unlikely that Christ told this parable to instruct His followers to invest and earn lots of money to donate it to the temple priests. It is widely believed by Bible scholars that the talents represent gifts or (ironically) talents that we are blessed with to profit the kingdom of God. For those who understand how the kingdom is being assaulted and are content to wring their hands and shrug their shoulders in apathy, they may be unpleasantly surprised on Judgment Day. They are not using their talents to profit the kingdom of God and therefore are truly useless and wicked servants – no matter how “nice” a person they may appear to be.

In a nation where godlessness is steadily increasing – both morally and in the hallowed halls of government – those who are willing to stay in their comfortable cocoons are more to blame than the ungodly that are launching the assaults. It has been widely reported that only 25% of Christians vote. This places them in the untenable position of being onlookers who stand with their hands in their pockets as the “one nation under God” becomes one of the many nations dedicated to the proposition that all men and women are their own gods. Yes, Mr. Obama is a problem; and Nancy Pelosi is a problem; and Harry Reid is a problem; and a do-nothing spineless Congress is a problem – but we have a greater problem. Our real problem is fatalism – for surely the 75% of Christians who are content to live in their silken cocoons could change the fabric of ungodliness in America in the span of one election cycle. However, they will continue to cling to the excuse that they are powerless, and in so doing have condemned themselves to powerlessness – and unfortunately, they have condemned the rest of us as well. May God have mercy on their souls, for surely I will not.

Related Topics:biblelibertyTea Party
Up Next

Abortion: birth of a feminist

Waiting Does Not Mean Doing Nothing - Identity Fulfilled