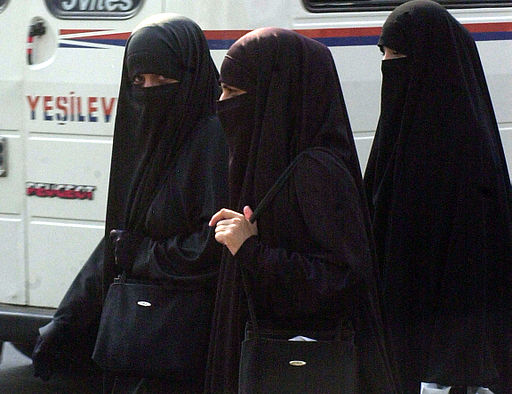 Muslims carry a world view on women’s rights, religious rights, free speech and religious choice entirely opposite to that of America. For this among other reasons, impregnating America with Muslims will have decidedly negative consequences.

On December 16, 2014, an Australian-Muslim named Man Haron Monis held 17 people hostage in a downtown Sydney restaurant. He killed two before being killed. Politically correct media reported on his “insanity” and being a “lone wolf”, but in fact, Islam drove his actions toward violence.

The Koran specifically states, “Convert or kill all non-believers.” Mohammed, an illiterate and savage tribal warlord, who inspired Islam, beheaded and be-handed anyone who opposed him.

In the 21st century, Muslims disrupt every Western country they inhabit. It’s the nature of their “beast”. Muslims lead with violence when they don’t get their way. Once they get their way, they lead with more violence to their own. One look at the Middle East and Africa shows endless violence toward others led by Islamists.

In order to be faithful to the Islamic religion, Muslims ultimately must degrade and kill all other people who follow any other religions. Islam means “submission.”   Once all others submit to Islam, peace will occur.

Unfortunately, once Islam dominates, no one enjoys free speech, choice of religion, choice of thought, women’s rights and/or any chance at a free society.

On December 17, 2014, a Pakistani-Muslim slaughtered 141 children at a school, all in the name of Allah. This past summer, in Moore, Oklahoma, an American-Muslim beheaded a fellow worker at a processing plant. Last year, a New Jersey Muslim-American beheaded and be-handed two Christians for violating the Koran.

One American-Muslim in New York beheaded his wife for filing for divorce because of his regular violence toward her. He produced and directed an Islamic television station showing the “softer side of Islam”.

In New York, February 16, 2009, FOX News, Joshua Rhett Miller reported, “The estranged wife of a Muslim television executive feared for her life after filing for divorce last month from her abusive husband,” her attorney said — and was found beheaded Thursday in his upstate New York television studio. Aasiya Z. Hassan, 37, was found dead on Thursday at the offices of Bridges TV in Orchard Park, N.Y., near Buffalo. Her husband, Muzzammil Hassan, 44, has reportedly been charged with second-degree murder. “She was very much aware of the potential ramification of her filing for divorce might have,” said attorney Elizabeth DiPirro, whose law firm represented Aasiya Hassan in the divorce proceeding. “But she wanted to proceed despite the potential for it to erupt.”

Hassan sits in a jail cell for first-degree murder. Another father killed his daughter Noor in Arizona by running her over. He sits in a jail cell for premeditated murder. Ironically, Muslims kill on average 5,000 wives and daughters annually in Islamic countries, and get away with it. They enjoy the “right” to kill their loved ones in the name of “honor.” 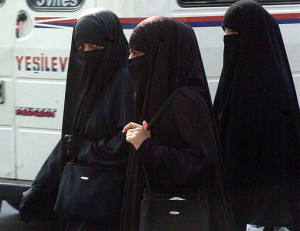 This past summer, another African-Muslim captured 300 African girls, raped as many as he could along with his men and sold them. No one can find them. The list goes on and on forever. Today in America, Islam wages its centuries-old war against Christians, Jews, Buddhists, Hindus and every other religion on the planet.

Nonetheless, according to ABC’s politically correct David Muir, NBC’s Brian Williams and CBS’s Scott Pelley on the major networks, each individual act of “Jihad” constitutes a “lone wolf” or an “insane” person or “misfit.”

When in fact, those individuals and groups follow Islam’s dictates.

Dr. Ali Gomaa, Grand Mufti of Egypt, said, “Muslims must kill non-believers wherever they are unless they convert to Islam.” Al Ahrom, 4/7/08

So when the sacred months have passed away, then slay the idolaters wherever you find them, and take them captives and besiege them and lie in wait for them in every ambush, then if they repent and keep up prayer and pay the poor-rate, leave their way free to them; surely Allah is Forgiving, Merciful.

As their numbers grow in every Western country, their power and their arrogance to change those civilizations grows. Everyone in Europe today stands silent and frightened in the face of the Islamic onslaught.

Individual Muslims may show splendid qualities, but the influence of the religion paralyzes the social development of those who follow it.  No stronger retrograde force exists in the world.

This series on Islam in America exposes the facts of this country’s sociological-cultural predicament when 7 million Muslims turn into 20 million and 20 million turns into 50 million.

Muslim will change America from a free country into an embattled religious-tribal clashing civilizations, horrific acts of violence and continued free-fall into multicultural chaos. It’s going to get uglier than any liberal, conservative, libertarian, independent, Christian, Jew, atheist and politically correct media person understands—and it’s all going to occur in America.