It is certain you clearly understand that our beautiful state has been governed by progressives and their leftist policies, which have for several decades now, damaged New Jersey in many ways.  We know this because during your campaigns, on many occasions, while seeking our support, you told us so.  It was you who promised to fix this mess and bring New Jersey back to the state of true Liberty and Prosperity.

A big part of that effort should be to return to the people of New Jersey their right which our Constitution guarantees will never infringed.  That right, also spelled out very clearly in our own State Constitution, provides us the ability to defend our family and our property.  All of which has been not only infringed upon, but almost completely expunged by our lawmakers of both Republican and Democratic Parties.

As you may be aware, there is a new, never before used legal process being formulated for implementation later this year.  This campaign will be undertaken by groups and citizens  with the goal of not only restoring the Constitutional rights to those living in New Jersey but will eventually impact other states in the Union which have put its citizens in danger by implementing and illegally enforcing laws which run contrary to the guaranteed civil rights of the people. This effort will, for the first time hold not only lawmakers and law officers liable for those violations, but will also name and prosecute, not in easily manipulated state courts, those who enabled those violations and also those who have refused, by official capacity and sworn oath, to prevent or amend them.

What Governor Christie can do

This effort is the “Second Amendment Preservation and Protection Act” (SAPPA).

All of us involved in this campaign for liberty would like to know that you, the Honorable Chris Christie, are in agreement and intend to help support law changes and amendments and that you and your good offices will be an ally and not a defendant in this effort.  A very good start and viable proof of your good intentions can be provided by taking an Executive Order action, which here in New Jersey is legal for a sitting governor to take.

That order should declare that the phrase “and that he has a justifiable need to carry a hand gun”  and all other forms of that statement, be removed from  Title NJS.2C:58-4 and from all other sections of New Jersey firearm Title law.

That phrase stands alone as the most egregious of the many, many illegal laws here in New Jersey.  As you well know, the 2nd Amendment is the only justifiable need  a citizen requires for self protection.  The immediate preparation and signing of that Executive Order would go a long way in designating what side of the upcoming actions you and your administration will be assigned.

Please let me know as soon as possible if you intend to take action or respond to this request.  If you don’t intend to author the EO, could you please quote for me the legal precedents which you believe support your contention that you can legally ignore the rights of New Jersey’s law-abiding citizens?

One of SAPPA’s advisers, Ms. RoseAnn Salanitri, has provided a thesis which will become part of the intended campaign.  It not only informs possible defendants about just a few of over 50 court rulings and Federal Law, but also present fair warning to all those persons who have engaged and continue to engage in illegal law making.

The following is a quote from that article. 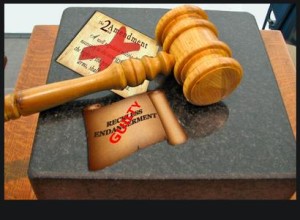 From “Reckless Endangerment” “Although many of our lawmakers may believe that they are doing good by instituting gun control legislation, they are actually endangering this country and our citizens by infringing upon their civil right to defend themselves with firearms.   In the process, they are creating a situation where citizens, now increasingly at risk from terrorists’ attacks, lack the means of defending themselves.  This is not only ill-advised, it is reckless and it endangers our citizens – and “reckless endangerment” is not only a distasteful term; it is a criminal violation.

Furthermore, the harm can also be interpreted to be “potential.”   For example, if a parent places a child in a hot locked car, the parent returns quickly and that child doesn’t die and the parent’s never intended that any harm should come to the child, they are still guilty of reckless endangerment. Given all of the above, especially in this day and age when terrorist threats abound, our legislators that have signed gun regulations into law that infringe upon our right to own and carry firearms, are guilty of reckless endangerment.   Additionally, such laws that have passed are not laws at all since they are in clear violation of our Second Amendment, which has clearly defined the right to carry as a civil right. “

Be sure to read Salanitri’s complete advisory.

​The Executive Order action requested here will no doubt bring hand wringing and consternation from those people who either fail to understand what our Constitution requires or simply do not care, but it will be a great start and would show the people of New Jersey that your campaign was filled with promises you intend to keep or just the standard electioneering rhetoric.

In closing, this upcoming action is not meant to be a threat.  Its purpose is twofold.  One, to once and for all move New Jersey laws into Constitutional compliance and two, bring all lawmakers to account for illegal activities, whether well intentioned or not.

Our Founding Fathers gave us the tools to amend the Constitution.

Warning! Lawmakers, judges, politicians and governors; amend it legally or abide it.

Anything else is a crime which will have consequences.