Several months ago during a conversation with a fellow Patriot the discussion turned to the upcoming SAPPA legislation initiative and some of the hurdles which heretofore have never been sufficiently addressed or answered by our side relating to how and why lawmakers continue to write, pass and then have enforced, unconstitutional legislation.

The question my good friend could not answer and one that hangs in the air like a deadly virus infecting the proper adjudication of  rulings regarding the Second Amendment issue, created that evening, a heated debate.  When the SAPPA brief makes it to the ultimate court and once an for all settles the issue of the Second Amendment, that argument needs to be debunked.

Let’s lay this out here: the ideology of gun control 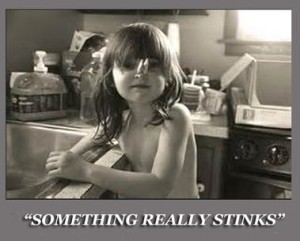 Liberal lawmakers, judges and justices have declared that there is no difference between their preventing the honest citizen from keeping and bearing arms from those who would prevent felons from doing so. That position, they claim, is supported by a need, even a duty, for them to secure the general good and safety of the people.

They proclaim to have the same authority to draw a line where they feel the protection of society is required.  That is, the same authority claimed by others who have denied felons their right to own and bear arms.  They have argued that as elected lawmakers they have the right to take the safety of the public to whatever emotionally driven conclusion they arrive at, and then legislate to it.
As you read those last few paragraphs, have you come up with why that argument is  as lame as Obama’s online birth certificate?

Contemplate it for a few seconds then read the following.

That argument underlies quite clearly one of the major differences between conservatism and liberalism.  Liberals base  their actions on emotionally charged ideology as opposed to law and facts.  The Constitution and the Declaration of Independence, the two documents which are the foundation of American law, eradicate their argument.

Starting with the 2nd Amendment, the Founders made it clear that all citizens had the unalienable right to keep and bear arms.  This right was fortified in the first paragraph of the Declaration of Independence where the Laws of Nature and God’s Law were referenced.  God has given man the desire to survive which is of course a law of nature.  For that reason, the right to keep and bear arms was not created by the the 2nd Amendment, it was protected by it.

So where then, can the line be drawn which prevents ideological lawmakers from keeping all the people unarmed and the constitutional legality to prevent felons and the mentally unstable from exercising those rights?

The answer to this can be found  in the second paragraph of the Declaration of Independence.

We hold these truths to be self-evident, that all men are created equal, that they are endowed by their Creator with certain unalienable Rights, that among these are Life, Liberty and the pursuit of Happiness….

Life, Liberty and the pursuit of Happiness are the applicable words.  If an individual has been proven guilty in a court of law, by his peers or has been adjudicated to be mentally unstable, that individual is, by his actions or his proven instability, a danger to society and therefore a threat to the Life, Liberty and Happiness of other people.

Where this differs from the liberal mindset and where that mindset runs contrary to the Constitution, is that  it confers guilt upon every law-abiding citizen making no stipulation between them and the criminal. The criminal has proved he is a danger to Life, Liberty and Happiness.  The law-abiding citizen has not and should, by law, not have his rights infringed as a result of the actions of emotionally-driven ideological lawmakers.