While American patriots realize that the clock is ticking regarding the demise of liberty, many remain complicit in that demise through their apathy and defeatist attitudes. They have fallen victim to Saul Alinsky’s first rule for a radical takeover by believing that the liberals have more power than they actually do. This illusion of power has intimidated many who should be leading the charge against the enemies of America. They have forgotten the words of Thomas Paine who said that tyranny, like hell, is not easily conquered. For instance, my home state of New Jersey is believed to be a solidly blue state. However, the Gallup poll taken after the 2012 election indicated that New Jersey is only 26.5% liberal[i]. But the illusion of liberalism in this state has discouraged many patriots from staying the course in the fight for liberty, which can easily be won if Gallup is correct.

At CPAC’s (Conservative Political Action Conference) annual display of true and faux conservatives, Mark Levin gave a rousing speech excoriating the spineless Republicans now posing as the “real thing” in Congress who did not stop the ticking clock as they promised. These Rove Republicans rule the roost only as long as citizen chickens believe their propaganda and allow them to rule. While their candidate du jour, Jeb, claims to be his “own man”, it should be noted that this man would not run without the blessings of the matriarch of his dynasty. In his interview with Hannity, the well-rehearsed Bush the Youngest went on to defend his stance of illegal immigration and Common Core by twisting the facts through well-sounding lies – all designed to make his point of view seem reasonable. Worse – he did it with a straight face, reminiscent of none other than Barack Hussein Obama. Aside from being a globalist and apologist for amnesty, he is also a government-run school man. Given that the Republican Platform takes a stand against globalist Agenda 21 (originally promoted by Bush the Senior) and Common Core, an informed individual should be asking: just what kind of Republican is Jeb Bush? The answer: he is a Rove Republican, which makes him no Republican at all. 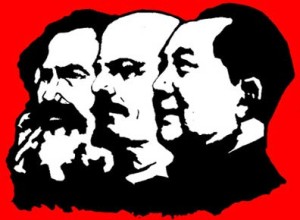 Levin also indirectly made a case for either reforming the Republican Party or a strong grassroots effort to form a new party. The problem with reforming the GOP is that they refuse to be reformed – with a few exceptions of course. Ted Cruz also made a plea for a strong grassroots movement. While Levin accused the GOP of being gutless, the real problem may reside within the bowels of the gutless and gullible Americans who claim to be patriots. These Americans fall into two categories: the stay at home voters who will tell you that they refuse to vote for the lesser of two evils, and the compromisers who hold their noses and vote for the lesser of two evils. This may seem like a contradictory statement but the truth is in the details.

Why not Sarah Palin?

What this country needs is discerning American patriots who refuse to be locked in to the establishment’s choices and raise up constitutional candidates that will stand for our first principles. But then they need to do more. They need to make sure these candidates win their elections. Historically the problem has not been that men and women of integrity have not risen to the challenge; the problem has been that on the whole, Americans believe the media and establishment propaganda that these candidates cannot be elected. Case in point: Sara Palin. Few Governors have a record as accomplished as Mrs. Palin, and yet she has been painted as somewhat of a political imbecile. Although the Governor is nobody’s patsy, her campaign naiveté allowed her to trust her handlers during the 2008 elections, which probably did more to sully her reputation than Tina Fey. Whether or not she was prepared to answer every interview question astutely is immaterial. We have had our share of academic prodigies deficient in good old common sense. Their legacy is not one of accomplishments but one of havoc and disaster. Of course dynamic personalities, such as Mrs. Palin, are more subject to characterization and provide much material for the muses of Saturday Night Live. Regardless of the fact that the McCain/Palin ticket garnered 2,000,000 more votes than Mitt Romney (which doubtfully was due to Senator McCain’s dynamic campaigning), we go on believing that Palin is unelectable. And in this spell-casting age of entertainment, the talents of comedians weigh more heavily with the populace than records of accomplishment or vote-getting realities. So, our number one problem just may be sorting through all the propaganda.

A possible Palin candidacy shines still more light on the flawed campaigning process. For the sake of argument, let’s suppose that Governor Palin was the most charismatic and trustworthy constitutional conservative on the face of the planet, more capable of running our government effectively than Superman himself. Simply because she has been known to go rogue and is not part of the establishment, the media would shun her, liberal comedians would ridicule her, and her own party would dismiss her by not even including her in their polling. Given that, the American people would walk away thinking that this candidate – as good as she may be – is not electable. And based on that, she would not be electable.

Here’s another point of view. First, find the best constitutional conservative on the face of the planet that is willing to put their head on the proverbial chopping block. Then, in spite of all the negative propaganda from the media, the entertainment industry, and the GOP establishment, make sure you (and I mean “YOU” – not the man next door), do all you can to make sure that candidate is elected. Of course this will take guts: the kind of guts we wish our representatives had; the kind of guts that preservers when everybody is telling you the battle is lost; the kind of guts George Washington had when he crossed the Delaware River on his way to Trenton chanting “Victory or Death;” the kind of guts that ignores the name callers and the smirks by friends and family who obviously think you’re off your rocker by supporting so and so; and the kind of guts that digs into your wallet and sends in a $20 monthly donation to support so and so instead of visiting your local Starbucks.

Yes, America, the clock is ticking. But we can survive if we prove we are worthy of the blessings of liberty that the Good Lord has bestowed upon us by proving we have the guts we want to see in our elected officials – even when the whole world seems to be against us. For true grit isn’t staying the course when the course is easy; it’s standing up for what is right even when the course is narrow and filled with holes. Governor Palin may or may not be the champion we need, but we are doomed if we rely on the influence of celebrities who cannot even run their own lives properly. I say we find the right candidate, stand behind him or her, and then – regardless of all the media hype – make sure that person gets elected.