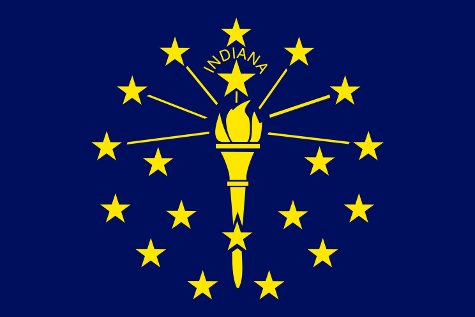 Last week Governor Mike Pence (R-Indiana) signed into law a new Religious Freedom Restoration Act for his State. His detractors now almost accuse him of inaugurating a Hoosier Inquisition. In so accusing, they pretend to love liberty. They really love their own political advantage. And they will deny you your liberty to press that advantage. But they will press it against some, but not others, depending on who might fight back, and how brutally.

Oddly enough, President William J. Clinton signed into law the first Religious Freedom Restoration Act, in 1993. Congress passed it almost unanimously. Representative (now Senator) Charles M. Schumer (D-N.Y.) proposed it! Then-Rep. Schumer had a simple premise: the government had no authority to tell you how you may or may not exercise your religion. Not without good, sufficient, and compelling reason.

The original context of the 1993 federal RFRA offers a clue to why almost all Congressional Democrats voted in its favor. Native Americans in the American Southwest still want to use their peyote in their ceremonies. In 1970 Congress forbade that. The RFRA changes that. (Maybe.) “The War On Drugs” does not give a compelling-enough reason to stop people from using peyote in a private, or at least closed, religious ceremony.

Since then, nineteen different States passed such laws. Indiana became the twentieth last week. In 1998, then-State Senator Barack H. Obama (D-Chicago) voted for a similar law! So what does the Indiana law say that the Illinois law does not say? Only this: the Indiana law applies equally to any legal action, whether the government brings such an action or not. And it lets someone make a claim or counterclaim against a likely burden, as well as a burden in fact.

Still: who can object to that? Only those who do seek to burden the religious liberties of others, and who can’t necessarily get the government to bring the civil or criminal case. 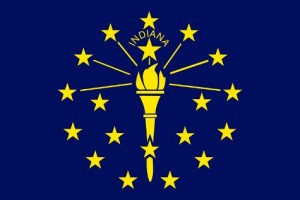 Flag of Indiana. The torch with the stars around it stands for liberty.

Those people mean what they say. They want their employees or associates to stay away from Indiana. The “gay lobby” leads that charge. This although the law does not mention homosexuality or homosexuals in any article, section, paragraph, or clause. According to Frank Camp at The Last Resistance, a few of them address the real issue. They demand certain businesses, who must take an active part in the activities of their clients, to accept as good, commonplace and even desirable their particular activities. Whether their religion allows this, or not.

Jesus regularly ate dinner with thieves and prostitutes, but you’re telling me it’s against your religion to bake a cake for a gay person?

Well, if that cake usually symbolizes holy matrimony, and you want to vest the relationship of same-sex roommates sharing bed with that term, then yes. On the other hand, if you intend that cake merely to celebrate your birthday, or you merely want to have a good-tasting cake for any occasion or no occasion, well, nothing in Christianity holds anything against that. Any proprietor, or manager, must act as his or her conscience dictates. (Likewise any shareholder must vote as his or her conscience dictates.) And only that person’s conscience should decide.

One might wish the new law restored the general protection of freedom of association. Freedom of association means: I may associate with you, or not, as I wish, for any reason or no reason. In 1964, America signed that freedom away. (Sort of. More on that below.)

What protects people from arbitrary cliques having the purpose of denying people any opportunity to buy goods or services? The free market, of course. Deny enough people employment, goods, or services, and someone else will provide them. (And if the law forbids that, the law applies unjustly and the legislature ought to change it.)

This new law does not begin to restore absolute freedom of association or non-association. One can still go to law to charge someone with “discrimination” for refusal of service. Thus the law of the land still fallaciously equates private goods and services with the business a citizen or lawful resident has with his government. Obviously a government must not deal differently with one but not another. And a private business may not lie about its goods, services, terms, or conditions. (The business that tells such lies, commits fraud.) But if a business chooses to decide what kind of activities it wants to take part in, or not, let it decide that for itself. Let it decide, knowing how much “business” it will gain or lose, and what else a proprietor, manager, or stockholder may value. (This also gives a motive to privatize as many goods and services as possible, and allow other businesses to compete to sell such goods and services.)

The Rev. Al Sharpton actually said he must fight this battle, as those who came before him fought the legal and “effective” efforts to “segregate” the races. He clearly does not see the rich irony. The color of one’s skin, and the characteristics of the face, hair, and so on, by which some define a “race” of human beings, are accidents of birth. In fact, one acts arbitrarily even to define a “race.” The Bible recognizes only one race: the human race.

But no one is “born” homosexual. They choose to so orient, self-incline, and behave. To suggest otherwise is to say biological and especially genetic factors outweigh the human will. This biological behavioral determinism can have no basis in science. How does one test such a thing? Does a human being unerringly orient himself or herself, to the same or “alike” sex or the opposite sex, by reason of some chemical, hormonal, neurotransmitter, or enzymatic imbalance in his or her brain?

The answer: no. Here’s why:

(In fact, professors of psychology expressed alarm at Edmond O. Wilson’s theory, that he called sociobiology. Wilson tried to make a case for biological social determinism. Female homosexual activists rejected it then. Do they not see they come close to embracing it now?)

Today homosexual women seem to make the same excuses homosexual men (in modern times) make. (At least, in public.) Why? Because claiming a biological imperative, a thing they cannot change, becomes politically expedient. The courts destroyed freedom of association on the theory that no one can change his or her racial characteristics. At the same time, homosexual women failed to recruit the entire female population to their cause, or even to come close to that. So they now choose to redefine themselves as a “race.” “Gay” became the new “black.”

And so they sought out people in “participatory businesses,” including florists, bakers, and photographers, in Indiana and elsewhere. They sought to make them take part in their “ceremonies.” They did this to destroy them. The legislature of Indiana said, “Not so fast.” For that reason, these activists went berserk.

Question: do these same activists, who rail against the Indiana law, dare approach a declared Muslim participatory business proprietor with the same message? If anyone has done so, CNAV has never heard the tale. Neither has any other media outlet.

In fact, let’s see them make that same case to such a proprietor (if they can find any) in certain territories in the Middle East. CNAV can tell them what will happen. A squad of black-armband-wearing and probably hooded men will throw them off a rooftop. Muslims (particularly those now building an “Islamic State”) do that sort of thing. Christians do not.

Christians, in Indiana and elsewhere, have no reason to do that sort of thing. The Bible does not oblige a follower of Christ to run around telling other people how to behave. It only tells followers of Christ not to behave that way or to have any part in it. And it certainly does not tell followers of Christ to execute someone summarily for things like “eating strangled meat, drinking blood, eating foods someone has sacrificed to an idol, or doing immoral sexual things.”

But again, to hear those activists tell it, if they may not force others to take active part in their rituals, they risk summary execution! The Christians merely want the rest of the world to leave them alone. The Governor and legislature of Indiana gladly obliged. And for that the gay lobby declared war on Indiana. Because they first declared war on Christians. But let’s see them declare war on Muslims the same way. (As Andrew Sullivan did after Nine-eleven.)

He who selectively applies a law, cannot justify that law. “No State may…deny to any person within its jurisdiction the equal protection of the laws.” Another of American political life’s little ironies, if you like that sort of thing, ha.

Sadly, the Governor of Indiana did not fully understand the issue. He did not defend the new Indiana law as he should have. The legislature will likely pass another law to nullify (excuse me: “clarify”) the law. So those trying to preserve religious freedom to do more than use peyote or some such, will get nothing.

And maybe a Christian will be able to practice the art of photography, catering, baking, or other such activities associated with weddings, only as a special sexton for such services in churches. Those churches will then need to restrict such services to members only, either of those same churches or other affiliated churches.

The Indiana legislature sought to stop things from getting to that pass.

Ted Cruz: eligible or not?