Warning! This article may bore some people. It has not been penned as entertainment. One of the many reasons we find our rights and privileges under attack is because the perpetrators of illegal legislative activity can always depend on most of the public being bored and uninterested as they go about formulating and implementing their dirty deeds. Here in New Jersey, we are ready to stop giving them that free and easy path. The time of awakening is at hand. We are tired of being last in liberty and first in taxation.

This past weekend the SAPPA Group (ref: Second Amendment Preservation and Protection Act) held it’s first statewide meeting at which time the strategy and many of the intricate details of the campaign were, for the first time, revealed to the attendees. For over two years, the author and initiator of this project, Mr. Nicholas Purpura, has been working on the structure, evaluating research and legal rulings that were produced in state and federal cases which have spanned the decades.

Under his advisement the SAPPA strategy has been kept under wraps until he and those working with him became certain, as is possible, that once and for all there would evolve an opportunity which would not only bring New Jersey’s illegal lawmaking practices to a halt, but to actually reverse unconstitutional laws, void unconstitutional convictions and free all of the many citizens from imprisonment as well as the burden of carrying a felony record. 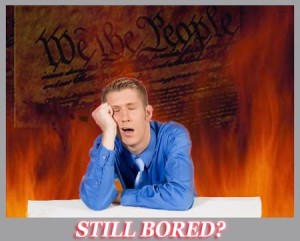 As we investigated the ideological practices of New Jersey’s lawmakers and their confreres of abetment in the judicial system we began to uncover the cynical conspiracy they have involved themselves in. They had set themselves up as providers of privileges and deniers of constitutional rights. They have turned hard-working, law-abiding citizens into criminals. They have and continue to not prosecute but to persecute as many citizens as possible. Not for the implied and false mission of public safety but in a conspiracy to intimidate the citizens of New Jersey who may have had the unmitigated gall of considering to employ a constitutional right.

This article is being posted on an open forum and we are not yet ready to expose the blueprint to the entire public. However it is important to know that so many have worked towards this noble goal without knowing much detail. Those hundreds of volunteers and supporters who have worked with this project, have done so in good faith. The citizens of New Jersey will someday thank them, just as Mr. Purpura does now.

We are just weeks away from the filing of the SAPPA Group’s Federal Brief, which could possibly change how intrusive lawmakers, not just here in New Jersey but across this country, operate. When this legal effort is successful and with the help we are sure we will get from the public, no longer will your rights be infringed upon by elected and non-elected conspiratorial cohorts. The epoch which has seen those scoundrels living the life of luxury and security at the expense and detriment of the citizen is coming to an end.

A counterattack in two phases

Phase I and Phase II  have been essentially completed. Those Patriots involved in that effort know who they are and we thank them. Now we are moving onto the legal procedures, which will be identified as Phase III, which unfortunately do not depend solely upon law and legalities. As referenced to earlier, legally and constitutionally, the work is just about complete and as solid as a mountain of granite. But the success of it will depend on our ability to prevent any of the 3 courts, District, Circuit and Supreme, from sweeping this entire effort under the rug.

This case will move from the Federal District Court in Trenton, win, lose or appealed, to the Third Circuit and then, win, lose or appealed, to the United States Supreme Court. The conspiracy to violate civil rights aspect of this brief guarantees that it will be appealed to the Supreme Court. That is where this campaign will need the help of everyone. Here’s why. The Supreme Court receives thousands of appeals every year. By the sheer numbers received, they can only docket (set a hearing date), for a very small percentage of them.

Changes to state law and state lawmaker activity this brief threatens to impose with a legal and proper Supreme Court adjudication will spur multiple shivers down multiple backbones. For that reason, those judicial aides who are assigned to review the many appeals would be all to glad to lose the SAPPA appeal under a stack of files.

Our job, your job and every patriot in this country, whether they be a Democrat, a Republican or of no political persuasion at all, will be to prevent that from happening. We must prevent the enemies of our Constitution from burying this suit and thereby paving the way for continued and future tyranny.

How do we do that? Publicity!

What we are asking here and now is for everyone who reads this, bored to tears or not, to put on their thinking caps and come up with as many ways as possible to put and keep this effort in the news and on everyone’s mind. This effort needs to be a long campaign. Not just a one or two-day splurge.

As this case moves from court to court the people need to be kept informed and interested in it. Some of the aspects such as previous judges and justices being removed from the case as well as the fact that our sitting Governor could very well be named as a defendant, should give some impetuous to news cycles.

So what we are asking is what can you do?For starters you can pass this request on to everyone you know, every list you have and to every contact in any social media you have accounts in. Ask them to come up with ideas. Any idea no matter how foreign or mundane, different or new it may appear to be, should be brought to our attention. Somewhere out there sits someone with a great idea.

Please contact us at sappatpath@gmail.com if you have ideas or if you want to join this effort as a volunteer. We do not want your money. We want your ideas, your thoughts and your energy.

If you contact us via the email address above please include your full name and a phone number if you want to join our group. But if it’s just an idea you wish to submit, no other information is required.

Finally our only weapon to combat the elites, those sitting in their legislative towers and comfortable judge’s chambers, will be our ability to make them aware that we the people are aware.

One last thing. One of the Exhibits which will accompany the Federal Brief is comprised of law-abiding citizens, a few of whom are retired police officers, who have been denied their right to carry a firearm. Before we finalize this exhibit we would ask anyone who has been denied a carry permit for the arbitrary reason of “no substantial need”, please use the email address above to contact us.

Please include enough information so that we can contact you and get the details we need such as dates and judges who made the ruling. One of the Points of Relief this suit will demand is the immediate rectification of illegally denied carry permits.