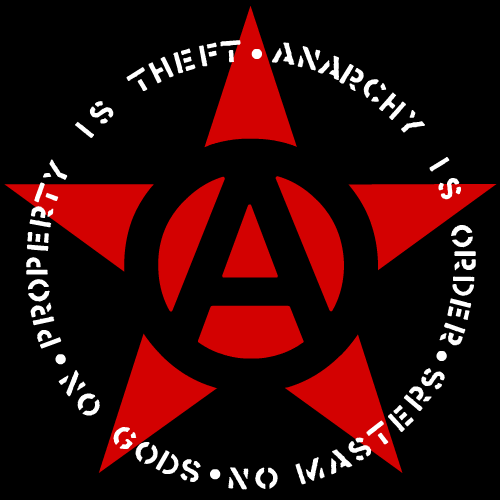 Many recognize that the character and nature of the country we love is breathing its last breath. A good argument can be made that the despotic twins of anarchy and apathy lie at the root of its demise.

In the 1960s, the world watched as civil rights demonstrations erupted across the nation. Nearly 100 years after the Civil War and the Emancipation Proclamation, slavery had ended but racism was alive and well – in spite of the lives lost and the 14th Amendment. These demonstrations were controlled and orderly due to the leadership of Dr. Martin Luther King, Jr., who had the wisdom to understand that the abuses being experienced by people of color would not be eradicated by violence. Violence, as he rightly understood, would only lead to more violence, which would ultimately result in more racism.

Today, the race riots we see in places like Baltimore and Ferguson bear no resemblance to the Civil Rights Movement of the 1960s – and they prove Dr. King right. They have lead to more violence and more racism, as was evident in Charleston, South Carolina. They are not based on rational protests and usually only represent the worst of the urban cultures that manifest the hatred that results from hopelessness and fatherlessness. The rioters in these cities and those like it are not civil rights activists. For them, gang leaders have replaced absentee fathers and drug dealers have become their financial role models. This is evidenced by the nature of their rioting, which demonstrates a total disregard and disrespect for personal property and any symbol of authority. They are angry and they are anarchists.

“Anarchy” is defined as a state of lawlessness that results in social and political disorder due to the absence of governmental control. Its Greek root means “without a ruler.” For these new age anarchists that translates to growing up on their own without proper parental supervision – thus lacking the most basic of government structures: a traditional family unit. Their plight may be the most visible form of anarchy in these United States. But it is not the only one.

Then there is its twin: apathy. Since it has been reported that nearly 75% of Christians do not vote, and therefore their values fail to occupy the halls of government, many of their contemporaries do their best to drag out as many of the 75% as they can to the voting polls. But the battle has been a long one and often renders disappointing results. If “apathy” equates to dispassion and disinterest in matters of importance, then the 75% are inarguably apathetic. The 25% realize that in a Republic the supreme power rests in the body of its citizens who are entitled to vote for representatives that share their values and ideologies. And they also believe that if they can somehow energize the 75% to vote, all that was once right with America could be restored in record time. But the apathetic are content to cocoon themselves in a safe world where “conflict” is a word in somebody else’s dictionary.

Unfortunately, the lawlessness in America today is not confined to the urban districts alone. It extends to the halls of Congress, the White House, and through the court system – up to and including the United States Supreme Court. The people who have risen to positions where they are entrusted to preserve and protect our Constitution, which is our system of government and law, are the worst of the anarchists. They have little regard for the laws of the land. They may wear nicer clothes than the anarchists in the cities, and they make speak proper English, but since they are lawless, they are anarchists just the same. And in many cases, grow the apathetic realm more than most realize.

It may be hard to pinpoint where all this anarchy began. Its repercussions are often subtle and cannot be blamed on the apathy of the multitudes. Actually, it’s the other way around. The apathy of the multitudes can be blamed on the anarchists – but not those in the cities. The root of America’s apathy lies mostly at the feet of those that wear the fancy clothes and speak proper English. The Bible tells us that anarchy is the root of apathy. Matthew 24:12, states: “And because lawlessness will abound, the love of many will grow cold.” This is exactly what we are experiencing today.

Although well-disguised at the time, the roots of anarchy were visible during the Watergate scandal. While some of the country remained glued to the news to hear about every little development, many others remained indifferent. It was not uncommon to hear: “They’re all crooks. Nixon just got caught.” That frame of mind continues with the apathetic today. They excuse bad behavior as something that is common place and therefore should be expected and thus tolerated. They would be very surprised to learn that their indifference has helped to perpetuate the demise of America. It may be true that we get what we deserve, but we also get what we expect.

The Supreme Court of the United States (SCOTUS) also played a key role in establishing anarchy in many ways but most notably by allowing abortions in this country. With one fatal decision they disregarded the natural law and the principle of the “right to life” established in our Declaration of Independence. Now they are at it again. This time their assault will possibly strike a blow at traditional marriage, an institution established by God and not man. In this instance, Justices (or should I say “anarchists”?) violated federal law and the code of ethics for judges as detailed in Canon 3A(6) and Canon 2(A) by taking public advocacy positions and officiating at same-sex marriages while the issue is before the court. On the “right” side of the issue is the Foundation for Moral Law that has filed two motions in the Supreme Court urging these two justices to recuse themselves from the case. Whether nor not they do remains to be seen. The anarchists wearing black robes just may be the worst kind of anarchists, but they would not exist without the sanctions of our representatives.

Of course the list of anarchists includes all governors who have signed Second Amendment bills into law that infringe upon our constitutional right to purchase and carry firearms; or have signed family oriented legislation that has infringed upon the God-ordained family unit (including the biblical admonition to all parents to be responsible for the education of their children); and all legislators that allowed healthcare to be enacted – clearly knowing it was outside the purview of their powers as enumerated in the Constitution, as well as creating specific welfare for themselves by accepting an unconstitutional exemption from Obamacare; and all judges that have legislated from the bench, etc., etc., etc. They are all anarchists because they have disregarded the laws they pledged to uphold and in so doing have caused some to become indifferent and disengaged. Realistically, their anarchy has done more to destroy America than any ISIS terrorist could fantasize.

This is another instance where the Bible has proven to be as wise socially as it is spiritually. When our legislators refuse to do the right thing and disregard our laws, when our judges become a law unto themselves, or when hoodlums vandalize their neighborhoods, the base of anarchy broadens and more and more people become apathetic. Apathy may be a visible problem in America today but at its root is anarchy. In order for all laws – both natural and constitutional – to be restored, the apathetic must wake up from their longtime nap and reverse the Catch 22 situation that is presently orchestrating our doom. However, as long as the sleeping dopamine of anarchy is injected into their veins, it is very unlikely that anything will change and America will continue on her present course of destruction.

May God have mercy on America.

On the road to serfdom