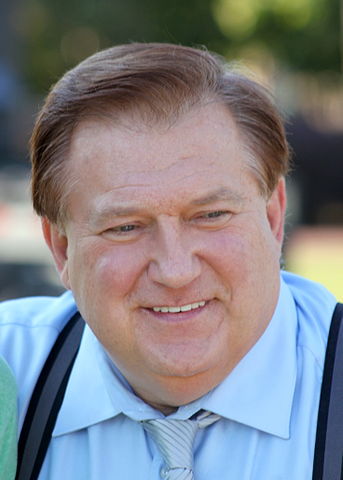 Bob Beckel came to Fox News Channel in 2000 as a “Contributor.” In 2011, he got his first gig as a host, or a co-host. Fox News Channel fired Glenn Beck. (He since started his own Internet subscription network, The Blaze.) To fill the 5-6 weekday slot, Fox created The Five. It featured five regular co-hosts and rotating alternates. The original Five included Kimberly Guilfoyle, Andrea Tantaros, Greg Gutfeld, Eric Bolling – and Bob Beckel.

Bob Beckel served half the time as a liberal gadfly and the other half as a jester. Few regular viewers can forget the funniest scenes he made on that show: 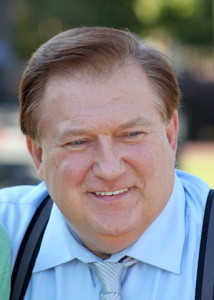 He had nearly impeccable liberal credentials: in 1984, he managed the failed Presidential campaign of former Vice-President Walter F. Mondale.

He also had an alcohol-abuse history. Fox News Channel knew about this. He also weighs too much. One can tell that by looking at him. That extra weight, and perhaps too much sitting in a chair all day, threw his back out. He left the air in February and underwent surgery to relieve the pain. Then, as Rush Limbaugh had done before him, he developed an addiction to the painkillers his surgeons gave him. In May he checked himself in for rehabilitation, according to The Washington Times.

But he started saying, and doing, the one thing that likely ruined him as a liberal. He raised his voice against those who, even years ago, were trying to spread Islam by force. Before anyone ever heard of an Islamic State (in Iraq and Syria, in Iraq and the Levant, or just plain “in the world”), Bob Beckel raised his voice against the assassins who committed sabotage and mass murder in the name of Allah. He also criticized most Muslims who, though they did not take part in sabotage or mass murder, did not denounce those who did. (Dr. M. Zuhdi Jasser of the American Islamic Forum for Democracy remains today one of the few Muslims who do condemn those who kill people and break things in Allah’s name.)

On 23 September 2013, in a regular episode of The Five, Bob Beckel threw down the gauntlet. As Newsmax.com reported, he called on the Obama administration to issue no more student visas to Muslims until a far larger number of moderate Muslims than only M. Zuhdi Jasser and his staff stood up to denounce those who killed and maimed people and broke things to advance the Muslim faith.

We tried to work with Bob for months, but we couldn’t hold The Five hostage to one man’s personal issues. He took tremendous advantage of our generosity, empathy and goodwill and we simply came to the end of the road with him.

Newsmax.com carried a summary of the day’s events. But they did not carry Bob Beckel’s response to Mr. Shine’s angry reverse-Parthian shot. Mediaite did, by carrying these “tweets” from his Twitter feed:

I am no longer on The Five or with Fox. Fox statement today baffles me. I will respond in the appropriate forum. I will miss you all.

I just can't understand the anger in Fox statement. I was healing from major back surgery i could not walk, I took no advantage I got well

Fox has been good to especially when I was healing. I guess I'll never understand their anger It is all so very sad

Maybe Bob Beckel cannot understand Bill Shine’s angry words. But perhaps CNAV can. Bob Beckel challenged the alliance-of-convenience between leftists and Muslims. Bob Beckel dared ask whether any Progressive could ally himself (or especially herself) with those who treated women like lower than chattel, resented those men who did not, and look to forbid at least half the things Progressives regard as “good, clean fun.” (Or perhaps not so clean, in some cases.) And because he did, because he made a value judgment that conflicted with a value judgment some higher-up at Fox made, Fox no longer requires the services of Bob Beckel.

Because that angry reverse-Parthian shot is worse than specious. Bob Beckel did not in any sense “hold The Five hostage.” The Five played just as well with substitutes like Juan Williams, Julie Roginsky, and the occasional guest. But CNAV does not doubt for one microsecond that may on both sides eagerly awaited Bob Beckel’s triumphant return. It would have produced a tour de force in ratings for that show.

Worse than that, superior officers, even when they must fire someone, do not take reverse-Parthian shots at that someone. They might, and often do, say, “You’re fired. Get your stuff out of your desk and get out of here right now.” (Or words to that effect.) But they never say such things in public. They certainly do not say words to the effect of, “So long, and don’t let the door hit you in the seat on your way out.” Not unless they caught that someone stealing from the company (and more than company pens, and companies love to have their pens out in public view, anyway; it promotes their brand). Or unless that person killed someone on the job. Even then they “withhold comment pending {investigation|notification-of-next-of-kin|consultation with their general counsel|etc.}.”

CNAV will never pretend agreement with Bob Beckel on any issue other than the matter of Muslim terrorism and the war of civilization against savagery. But CNAV stands for justice. Bob Beckel did not receive justice at the hands of his now-former employers. On one issue apart from others, Bob Beckel saw reason. And for that his superior officer makes the most vituperative parting statement any employer ever makes.

Who told you that?

If the reason for Bob’s departure is his stance on islam That then high lites the minority ownership by the Saudis and the relative position of FOX on the political spectrum, left of center.