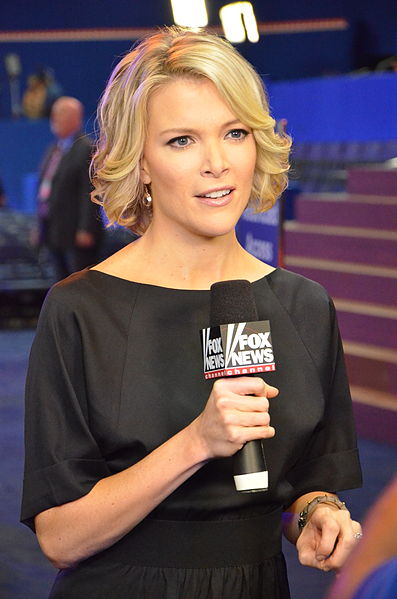 Most people, including me, know that Megyn Kelly is not only gorgeous, but also smart, sassy, incisive in her interviews, and also genuinely funny. But the interview she conducted Wednesday night, August 26, with Jorge Ramos was disgraceful—the kind of toadying and biased interrogation that should be Exhibit #1 in journalism schools across the country about how not to be a legitimate journalist.

Ramos reports for Univisión [you-knee-vee-SYOWN]. Presidential candidate Donald Trump sued that company after they terminated their contractual relationship (including television broadcast obligations) with the Trump-backed Miss Universe Organization. The official charges include breach of contract and defamation, with the plaintiffs seeking more than $500-million in damages. Univisión took its punitive action after Mr. Trump said Mexican immigrants, including criminals and rapists, were teeming over our southern border—in other words, for exercising his constitutional right to free speech.

The Megyn Kelly interview was about Mr. Trump’s ousting Ramos from a press conference the previous evening, after the candidate pointed to an audience member who had a question to ask. Instead, Ramos stood up and preempted that question, not with a question of his own, but with a virtual filibuster of grievances. And what did Ramos have the chutzpah to whine to Megyn Kelly about? That Mr. Trump curtailed his free speech! Now that is rich!

Megyn Kelly had no doubt watched the film of exactly what had taken place. But we had not a peep out of her to give her audience the context of what had actually transpired. She also knew that Trump initially responded to Ramos’s outburst by saying repeatedly, “you weren’t called on, sit down.” Peepless.

Megyn Kelly also knew that Trump’s personal aide came out to the lobby to invite Ramos back into the auditorium. Not a peep. And she knew that the two men then engaged in a lengthy back and forth, apparently to the satisfaction of both of them. Still no peep.

Did Megyn Kelly’s viewing audience learn of any of these mitigating circumstances? Again, not a single peep from Kelly, who allowed—indeed encouraged—Ramos to go on and on in the victim role he so clearly basks in.

Did Megyn Kelly ask Ramos if it were true that his daughter works for Hillary Clinton? Would that not have been highly relevant? Not a peep!

Megyn Kelly’s interview was as dishonest as it gets in the world of what should be legitimate journalism (although in today’s America, “legitimate journalism” may be the ultimate oxymoron!). While Ramos portrayed himself as the victim of big bad Donald Trump, and himself as the virtuous believer in Free Speech and the right to be heard, Megyn Kelly put on her most sincere listening face, but failed to challenge any of Ramos’s lies. 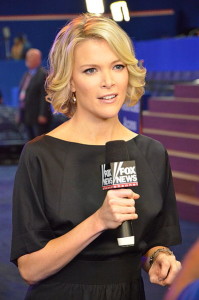 The pack, that is, of other TV personalities who forgot but were then reminded that they were simply employees. Both Paula Zahn and Alisyn Camerota were Fox News Network news readers, commentators, hosts, co-hosts, anchors, whatever—both delivering their commentary with a distinctly conservative flavor.

When they moved to CNN, however (Zahn in 2001; Camerota in 2014), their commentary magically became unmistakably liberal.

But it wasn’t magic at all. Both women worked for the big business of American media, with bosses who issue directives and, in essence, tell them what to say—not the exact phrasing, but certainly the slant. That’s how business works…the boss calls the shots and the employees either comply or get booted.

And if you think the bosses have the final say, think again. The major outlets—both print and electronic—take a lot of their marching orders from the White House. That’s right, and while the government-controlled press/TV/radio didn’t begin with Mr. Obama, his regime has certainly taken it to unprecedented heights. As just one example, have we heard about one single civilian casualty in the thousand of drone strikes Mr. Obama has ordered over the past almost-seven years in the Middle East? Even one? I rest my case.

But I digress. For decades, the media have prided themselves on having the greatest influence on who gets elected and who doesn’t, particularly in the big contests for president (of which there is only one) and senators (of which there are only 100). They also like to pick their favorite spokespeople, even if those selections are completely unrepresentative of public sentiment.

Karl Rove of Fox is a perfect example. A big kahuna in the President George W. Bush years and a virtual encyclopedia of electoral minutiae, Rove likes his politicians rather tame and manipulable, and that is why he appears to call the shots for Reince Priebus, the head of the Republican National Committee, who faithfully echoes Rove’s white bread sentiments.

Clearly, Rove and his Democrat counterparts–recycled dinosaurs, all—stay on by reason of the pricey contracts they’ve signed. It is certainly not that they shed any light! And then along comes Donald Trump and all they can do is hurl snooty insults and wage bets against the obvious frontrunner.

Yes, that Donald Trump, the guy who tells it like it is, never fails to remind you that he knows how to negotiate and strike deals and make America great again, the guy who has learned through thousands of negotiations how to “read” people (and the language they use) with unerring accuracy.

Even before he “read” Megyn Kelly, he came out of the candidate’s box with an insult to Sen. John McCain and a virtual manifesto against illegal immigration. And how did the media—both conservative and liberal—react? With reflexive horror, well-practiced political correctness, tsk-tsk raised eyebrows, and uniform condemnation.

And how did the public react—that would be me and you and all the other ignorant rubes who the media elites believe can’t hold a candle to own their immense wisdom and knowledge?

We-the-People not only gave Mr. Trump huge poll ratings, but also heaved a huge sigh of gratitude. At last, they seemed to say, a guy who speaks to our concerns and doesn’t give a damn about the political correctness that violates our First Amendment rights every minute of every day, a guy who not only wants to protect our southern border, but also do away with every aspect of the horrors we’ve experienced over the past several years, including:

But the Trump promise to do away with or change or fix our problems is ringing true to the American public. Why? Because he’s proved it again and again in his own business life, surmounting losses and turning them into profits, and in his personal life, weathering disappointments in his marriages—and yet his two former wives are his biggest fans, and his children are model citizens!

Yes, there is an embarrassment of riches on the Republican side, and at least four or five candidates are impressively articulate in stating their plans for a better America. But none of them has the business experience and toughness and aggressiveness (which we need right now) of Mr. Trump.

This same Mr. Trump perceived, quite accurately, I think, that Megyn Kelly was more than provocative in the first debate, indeed in a “gotcha” mode to entrap, embarrass, and diminish him. To the entire country’s surprise, Trump fought back, accusing Kelly of being, in essence, unprofessional and of gratuitously baiting him.

The next day…poll numbers boomed for Mr. Trump!

However, Mr. Trump went a step further. He went directly to Megyn’s boss, Roger Ailes, president of Fox News and chairman of the Fox Television Stations Group, and according to the candidate’s own report, it was a productive meeting in which Ailes promised that Fox would “be fair” to him Mr. Trump. All good. And then—coincidence?—Megyn Kelly announced she was leaving for a two-week vacation.

But when she came back, Mr. Trump tweeted that Megyn Kelly was not on her game, and apparently both Rupert Murdoch, the owner of Fox (and The New York Post, among numerous other holdings), and Roger Ailes, decided that they would summon all their power and influence to take Trump down. Clearly, they’ve dispatched General Megyn Kelly to the front lines.

On Wednesday, the news was preoccupied by the tragic death of two young media people from Virginia who were murdered while on air. But throughout the day there was a steady drumbeat of anti-Trump commentary and innuendo on Fox.

If things continue on the same trajectory for Mr. Trump, I suspect he may end up thanking Fox for kicking his polls numbers into the stratosphere!

Stopped watching her show because of it

Yes, the same people that loved her and said she was beautiful and intelligent now say she should be a weathergirl for not believing the shysters bullshit. Hopefully they will find out the truth before he does his Ross Perot thing and throws it to Killary or the heir apparent democrat.

I think they both acted like fools. I don’t favor one’s actions over the other. The whole thing is an irrelevant distraction. As far as I’m concerned, time to move on and get back on track to the real issues.

We all have those days, but in this instance, when you’re ready, it’s worth the read.

Yep. Will do. Just need to stick to the lighter stuff today I guess.