Everyone admires persistence, except when one persists in error. Bill O’Reilly stands guilty of persisting in error. Last night (19 August), and again tonight, he held forth yet again: Amendment XIV of the Constitution confers absolute, undeniable birthright citizenship on any person born in the United States, except those born solely to foreign diplomats, agents, or (God forbid) invaders/occupiers.

Did he see our article yesterday calling on him, former Governor Jim Gilmore (R-Va.), and Judge Andrew P. Napolitano to “cite the case”? He didn’t say. He did cite a case he thinks proves his point. But he did not cite U.S. v. Wong Kim Ark, until (briefly) today. He cited Immigration and Naturalization Service v. Rios-Pineda (docket no. 83-2032; decided 13 May 1985). In so citing, he forgot how to tell an actual, on-point holding from obiter dicta, a concept an appellate court might mention in passing, that does not even relate to the case at hand.

“By the way, the child is a citizen”

Justice Byron White wrote the opinion in Rios-Pineda. Every other Justice joined in that opinion, except Justice Lewis F. Powell. (He bowed out of the case completely.)

First, consider the facts of the case. Señor and Señora Rios-Pineda paid smugglers to get them into the United State illegally. In 1978 the INS caught them. They ordered them deported. Rios-Pineda first asked the INS to let him deport himself and his wife voluntarily. The INS agreed. Then he reneged on that agreement. So the INS ordered them out. He appealed. And the Bureau of Immigration Appeals backed up the INS, and said, “Go.”

Rios-Pineda appealed to the Court of Appeals for the District of Columbia for relief. They remanded the case for more proceedings. The BIA, under the authority of the Attorney General, refused. They found Rios-Pineda had “flagrantly disregarded” U.S. immigration law. They also said any hardship he claimed, he made by his own frivolous appeals. Again the Appeals Court reversed that decision. The government then appealed to the Supreme Court.

The Supreme Court held that the Attorney General acted entirely within his discretion. The Court of Appeals acted improperly and had no authority to interfere.

So where did the birthright citizenship statements come in? Mr. Justice White cited the two children of Rios-Pineda and his wife. He wrote that the Rios-Pinedas

Later in the course of the appeals, the Rios-Pinedas had another child in this country. Several paragraphs down, Justice White mentioned again the matter of a child born in this country and thus being a citizen. And he never mentioned it again.

The phrase obiter dictum, or obiter dicta (the plural form), means literally “saying(s) by the way.” It means the same thing in English, and especially in law. The key: obiter dicta are things a judge might put in the opinion, that are not essential to decide the case. Obiter dicta have no value in setting a precedent.

Where now does Bill O’Reilly stand in asserting near-universal birthright citizenship under jus soli (Law of the Soil)? Mr. Justice White literally said, “By the way, this couple had two children, and they’re born in this country, and are citizens.” In fact, one could almost say the justice was merely repeating the argument the Rios-Pinedas made: “We have children here, and they are citizens; you must let us stay.” That did not work for the Rios-Pinedas. The Supreme Court, in this case, said they had to go.

But no lawyer worth his sheepskin would ever cite these words about “a child born in the United States” as a binding precedent. Which is what Bill O’Reilly tried to do.

Ann Coulter, in her column, castigated O’Reilly on the birthright citizenship question. She referred to her own book, Adios, America, in which she treated the subject. She had her own case to cite: Elk v. Wilkins (1884). Held: a Native American did not have the citizenship birthright. “No one can become a citizen of a nation without its consent,” said the Court. (Congress granted citizenship to Native Americans in 1924.)

Coulter also said flatly: the Court erred in the Wong case. To resolve the issue of birthright citizenship, the Court relied on English common law. But that, Coulter pointed out, has its basis in the feudalism that set in after the fall of the Roman Empire. Had the Wong court relied on Roman law, they would have decided differently. Roman citizenship was a privilege, not a by-product of the rule of a feudal lord, duke, or king. (Roman law gave us the United States Senate. The Framers modeled this after the ancient Roman Senate, and before then, the more-ancient legislative assembly of Athens.)

Mark Levin, appearing on Sean Hannity’s program, also weighed in against birthright citizenship for the children of aliens (and not even lawful residents). Levin cited the author of Amendment XIV (Senator Jacob Merritt Howard, R-Mich.). One can read this in the old Congressional Globe: 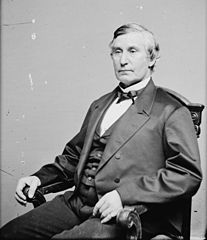 Senator Howard meant to say, and brook no argument, that blacks are citizens. The question arose during Reconstruction in the South. Senator Howard had good grounds to assert that blacks, in many cases born and raised in the United States over several generations, deserved the birthright of citizenship, the same as their former owner-masters. But a child of aliens did not rate that birthright.

Against this, Bill O’Reilly cites one case, in which a Supreme Court justice uses the four-letter word born only three times, to state something literally “by the way,” that neither petitioners nor respondents ever raised an argument about before that Court. And from that he tries to infer a precedent.

Fox News Channel could in theory sit in an even worse place. Judge Andrew P. Napolitano might have permanently ruined his reputation as a jurist, by citing obiter dicta as if they could set a precedent. Thus far, he has not done this.

No, Bill. Obiter dicta will never grant birthright citizenship to the children of illegal aliens, whether they smuggled themselves in (as the Rios-Pinedas did) or simply swam across. CNAV asked you to cite the case. You will have to cite a better case than this.

To repeat: no one has ever tested the birthright citizenship concept directly, as it might apply to the children of illegal aliens. To say the Court has, is to raise obiter dicta to precedent-setting level. That, Bill O’Reilly cannot do. (And that’s no spin.)

But the Constitution says what the Supreme Court interprets it to say. Whether someone agrees with their interpretation or not, the decision stands until overturned by the Court or changed by an amendment to the Constitution. Whether the Court erred in the Wong case does not change what they said: that a child born here, who is not a child of a diplomat or an invading army, is a U.S. citizen by birth.

That, sir, is one thing I intend to change–this idea that the Constitution means “whatever the supreme court says it means any time it says it.” Courts have also refused to bind themselves through obiter dicta.

Then you would be overturning 200 years of legal precedent dating back to Marbury v. Madison, a decision that was accepted by the still-living framers as granting the power of judicial review to the Court.

Mark Levin proposed precisely that. Before him, Thomas Jefferson warned, after McCullough v. Maryland, that the Court was turning the Constitution into “a mere thing of wax” to mold and shape as it pleased.