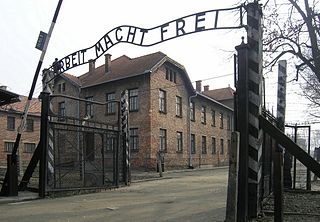 “All European life died in Auschwitz”, by Sebastian Vilar Rodriguez (February 14, 2006) (Translated into English from an article in a Spanish newspaper) 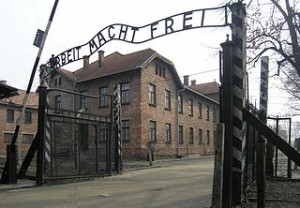 I walked down the street in Barcelona, and suddenly discovered a terrible truth – Europe died in Auschwitz.

We killed six million Jews and replaced them with 20 million Muslims.

In Auschwitz we burned a culture, thought, creativity, talent. We destroyed the chosen people, truly chosen, because they produced great and wonderful people who changed the world. The contribution of this people is felt in all areas of life:  science, art, international trade, and above all, as the conscience of the world. These are the people we burned.

And under the pretense of tolerance, and because we wanted to prove to ourselves that we were cured of … racism, we opened our gates to 20 million Muslims, who brought us stupidity and ignorance, religious extremism … crime and poverty … They have turned our beautiful Spanish cities into the third world, drowning in filth and crime. Shut up in the apartments they receive free from the government, they plan the murder and destruction of their naïve hosts. And thus, in our misery, we have exchanged culture for fanatical hatred, creative skill for destructive skill, intelligence for backwardness and superstition.

We have exchanged the pursuit of peace by the Jews of Europe and their … yearning for a better future for their children, their determined clinging to life because life is holy, for those who pursue death, for people consumed by the desire for death for themselves and others, for our children and theirs.

What a terrible mistake was made by miserable Europe.

A very interesting article. The guilt Europeans suffer because of Auschwitz is certainly an important factor in the immigration of millions of Muslims into Europe. However, it is not the primary cause. I have been studying these demographics for years. All across the world societies that follow their religious text have above replacement level births. Societies which believe in separation of church and state have below replacement birthrates. Hence Europeans do not create enough children to support their economies and government leaders let millions of immigrants in. That is why Germany recently decided to take hundreds of thousands of refugees. If you would like to discuss this further don’t hesitate to email me.