America, a liberal, secular democratic state, is ideologically and psychologically disinclined to fight a religious war against Islam, even though the leaders of Islam have declared war against America. Religious wars are anathema to live-and-let-live America.

Why America will not fight 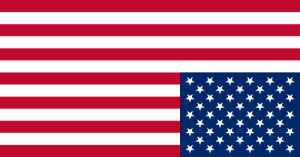 Besides, the worshipers of Islam number about 1.5 billion people scattered among some 57 nations across the globe; and these 1.5 billion Muslims include, at the lowest estimate, 150 million jihadists – meaning psychopaths afflicted by necrophilia, a love of death.

Consider a typical American President, outwardly secular. Secular or not, his mind has been influenced, indeed, permeated, by Christian ideas and values.

Such a president is not about to declare war on Islam, a religion (or pseudo-religion) even though its Muslim leaders have gleefully screamed “Death to America”!  And it makes no difference that these Muslims  –  say the Mullocracy of Iran – are in the process of developing nuclear-tipped ballistic missiles!

The mentality of college- and university-educated Americans has been corrupted and emasculated by a fifty-year-old academic doctrine, the doctrine of moral relativism.

Such has been the corrosive influence of this doctrine that American policy makers and decision makers cannot take Evil seriously, and to such an extent that their instinct of self-preservation has been eviscerated.

For example, despite former Iranian president Mahmoud Ahmadinejad’s malediction “Death to America,” he was casually welcomed to the United States where he was honored by an invitation to lecture at Columbia University – which one wag called a liberal haven for learned idiots.

This was the same Ahmadinejad who murdered thousands of Iranian children by having them walk across and explode minefields to facilitate the movement of Iranian soldiers on their way to fight Iraq!

This is the same Iran with which President Barack Obama and his Secretary of State John Kerry concluded an internationally illegal nuclear arms agreement that makes Iran a lawful member of the “nuclear club.”

America has no future, unless it undergoes a top-to-bottom revolution, and converts its colleges and universities into havens for the homeless, That would not be an entirely radical innovation!☼

Netanyahu qualified or not?