Various Jews in Israel, especially those committed to Jewish law and the restoration of he Jewish people’s title to Judea and Samaria, are being deprived of the rule of law by the Netanyahu Government.

Rule of law in America and Israel

But I was speaking of the rule of law. The rule of law affirms that those who make the laws are obliged to obey the laws. Accordingly, Jewish law enables private citizens to bring public officials, including a king, to the bar of justice.

Consistent therewith, a former American Supreme Court held that a private citizen can institute a civil suit against a President. This occurred in the case in which former President Bill Clinton, today a political celebrity raking in millions of dollars for speaking engagements, was accused of certain suffices to say legal offenses.

It will be interesting to see whether the rule if law will affect the presidential candidacy of his wife.

Be that as it may, rule of law has a precarious existence in Israel. Abbie Nathan and Shimon Peres made contact with Yasser Arafat in violation of the 1986 Prevention of Terrorism Law. Mr. Nathan, a private citizen, was incarcerated for six months for that felony. Shimon Peres was never indicted.

Also, Mr. Moshe Feiglin was convicted of sedition for having organized a demonstration that caused a major disruption of traffic in Israel. In contrast, former Arab Knesset Member Hashim Mahameed, who in 1991 urged Arabs in Gaza to “fight the conquerors [i.e. Israel] with all the means they [these Arabs] have,” was not indicted for sedition, or for violating the Prevention of Terrorism Act. In fact, the Knesset did nothing more than suspend for three months Mahameed’s parliamentary privilege of unrestricted access to all areas of the country! A travesty of justice and the rule of law!

The alternative to the rule of law is the rule of men. The rule of men entails arbitrary government, and inevitably leads to officially sanctioned violence against citizens who protest Government policies.

It is in this light that we are to understand why Israeli police often employ undue force and even brutality against citizens engaged in peaceful demonstrations.

Backed by the Government, hence by its Ministry of Justice, the police can resort to such violence without being liable to compensatory and punitive damages, something unheard of in the United States.

Countless violations of the law or of administrative procedures by elected and appointed officials are annually reported by Israel’s State comptroller, yet virtually nothing is done to bring the culprits to justice.

The citizen (as well as the State Comptroller) is powerless to correct these abuses. And so, not only is justice intermittent in Israel, but the deliberate sense of the public is ignored in this pseudo-democracy. 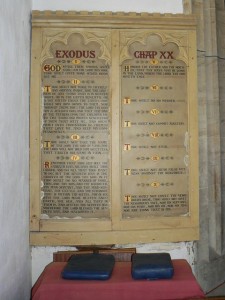 Inasmuch as democratic elections are not sufficient to make government accountable to the people, Israel requires a new system of justice, which presupposes nothing less than a just system of government.

To implement such a system, Israel will need a revolutionary political party whose ultimate goal is to change the character of the regime; a party, moreover, consisting of professionals that employ an incremental approach to “regime change.”

To illustrate what I have in mind, contemplate a party that has a “Committee of Justice” whose purpose is to overhaul Israel’s legal system and make it more consonant with Jewish law and democracy.

Obviously, the chairman of this committee should be conversant in Jewish as well as in secular law. Consistent with the Foundations of Law Act of 1980, and as stated by Professor Menachem Elon, former Deputy President of the Supreme Court, Jewish Law should be “primus inter pares” (first among equals) vis-à-vis English and American law in Israeli jurisprudence.

Jewish law should also be used to make public officials accountable to the people. Our projected “Committee of Justice” will therefore advocate the following reforms:

First, as in America, a private citizen who suffers injury (as defined by law) from the act of any public official may sue the official for compensatory and punitive damages. The implementation of such a law would dramatically reduce not only police brutality, but the thousands of false arrests that occur each year in Israel.

Second, any suit involving a public official will be tried by a jury composed of qualified private citizens, namely, college or Jewish academy graduates. Such a law would greatly diminish the number of “cover-ups” that enable public officials to violate the law with impunity.

Third, no person convicted of a felony will be released from jail prior to termination of his sentence without the approval of a parole board consisting of qualified private citizens. This will preclude the release of terrorists.

Fourth, any person convicted of a felony will be required to work within the confines of his prison for the purpose of compensating his victim or his victim’s family.

Fifth, no person will be imprisoned for violations of the civil law. Instead, he or she shall be required to compensate, by two-fold, the injured party.

Sixth, plea bargaining will be prohibited. This piece of legal chicanery not only undermines respect for law but enables criminals to avoid justice.

Seventh, any legislator that votes for a bill or treaty that contradicts his campaign pledges to people will be subject to recall, i.e. removal from office (hence the need of geographic constituency elections, which will make MK’s individually accountable to the voters and not to party bosses.).

The above recommendations are but a sample of what is required to make Israel an authentic Jewish democracy, where the rule of law and justice prevail. In fact, it was precisely the absence of authentic democracy and the rule of law that led to the disastrous 1993 Oslo or Israel-PLO Accords which released and armed Arab terrorists and even surrendered Jewish land to these murderers!

Unfortunately, many Jewish organizations, preoccupied with the deadly consequences of Oslo, have ignored their basic cause, namely, Israel’s undemocratic system of government. These organizations have talented people profoundly devoted to Israel’s well-being and can therefore make a difference.

As this political scientist has often said, Israel can be made more democratic by Jewish means, and more Jewish by democratic means. Required is a more creative and intrepid version of the Jewish Home Party, one that would make MKs individually accountable to the voters in constituency elections, a precondition for establishing the rule of law in this country. Without accountabiity, the rule of law becomes the rule of men, thus violating a basic principle of Judaism.

Conversation: What is Your Opinion on This: Criminal Handcuff for privileged Citizens, Right or Wrong? - Mighty Reporters