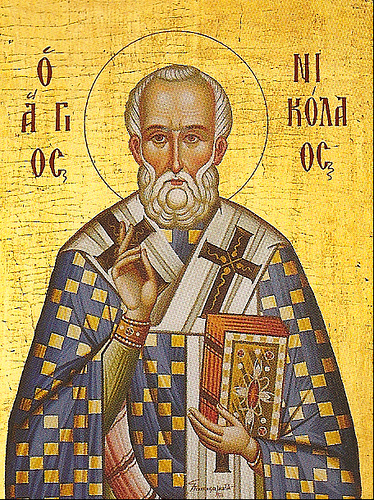 It is often easier to see the flaws in someone else’s logic than to be able to spot it in your own. Jesus had something to say about this. He said, “How can you say to your brother, ‘Brother, let me take out the speck that is in your eye,’ when you yourself do not see the log that is in your own eye? You hypocrite, first take the log out of your own eye, and then you will see clearly to take out the speck that is in your brother’s eye.” Luke 6:42. And so it seems, that according to Jesus, many patriots today have also become blind hypocrites walking around with logs in their eyes. The hero worship we see today, shows this.

Back in the 2008, and once again in the 2012 presidential election cycle, Barack Obama became the hero of the under-privileged and the victimized citizens of this country. He did it cleverly by using the slogan “Change you can believe in.” If you think about it, this slogan that sounded good but meant absolutely nothing resonated with the discontent. The genius of it was that every “useful idiot” (as Alinsky called them) was able to read whatever they wanted into that vague and cryptic masterpiece of propaganda. And so, BO became a hero in their eyes. They imputed onto him everything they wanted their hero to be, regardless of reality and regardless of all the red flags that continually warned that there was danger ahead.

The practice of hero worship in these United States escalated with our propensity to indulge in entertainment whereby we can vicariously live the lives of fictitious heroes. Young children darning capes had been known to jump off of buildings when the character of Superman became popular. And for the older adults, particularly men, sports became the vehicle of producing heroes that did what the ordinary man could not do but wanted to do. For women, the glamour of Hollywood stars often filled that gap. Then for the religiously inclined, there was Jim Jones, David Koresh, and let’s not forget the Hale Bop pact. In the process of creating these fictitious heroes represented by good illusionists, somehow we lowered the standards of reality, and as we did, we impaired our judgment regarding what a real hero was or should be – someone who is admired or idealized for courage, outstanding achievements, or noble qualities. The unrealistic and skewed standard that we now accept has created a vacuum whereby men with large amounts of charisma but lacking in integrity or outstanding achievements could rise to the level of hero. This practice would have been called idolatry back in ancient times.

Conservatives look for heroes, too

Don’t for one minute think that progressives are the only ones subject to this flawed judgment.

My conservative friends have certainly proven that they can rise to the same low standard as what they label “low information voters.” While their political opponents are guilty of turning a blind eye to the incompetence and treasonous character traits of the man now occupying the White House, these patriots are now doing likewise. There are far and few conservatives in between that are realistically assessing the shortcomings and the valuable traits of the Republican candidates. And I can assure you, if you dare to challenge their illusionary hero, you will suffer the consequence of the most vicious verbal assaults you thought could only be launched by the immoral left. Their vitriol may be stunning but their unrealistic hero worship eclipses it by light years. If you don’t believe me, just confront a Cruz supporter and ask them why BO spent millions of dollars to hide his birth certificate when there is no doubt that his mother was a natural born (as opposed to naturalized) American citizen. Or ask a Kasich supporter how the Governor can claim to support control of education by local Boards while supporting Common Core. I can go on and on about each of the candidates, but if you’re still reading (which probably means you’re a Trump, Rubio, or Carson supporter), you get the idea.

So here’s my wake up call: Get over it. There’s not one proven hero in the bunch. And if you’re expecting a hero, I can assure you that you will be disappointed. All the candidates have good qualities but they all have significant flaws – as do all human beings. Once you acknowledge that realistically, then perhaps we can begin to have a logical conversation in this country about which one of these pseudo heroes best can lead this country. And while you’re in the process of thinking with your head instead of who knows what, remember that one of the 45 goals of the Communist Party was to take over our two-party system and make it look like we actually had a choice. Even an avowed constitutionalist like Ted Cruz has ties to the Council on Foreign Relations.

Pick a hero if you must, but as far as I’m concerned, there’s only one God and Trump, Cruz, Rubio, Carson, and Kasich aren’t He. This November I’ll be voting for someone I consider to be the lesser of two evils because I don’t want the greater of two evils living in the People’s House. And to those of you who are inclined to indulge in hero worship, I say that you would be wise to leave the creation of heroes to Hollywood. At least there the cloak of fiction is expected.

I DO NOT AGREE