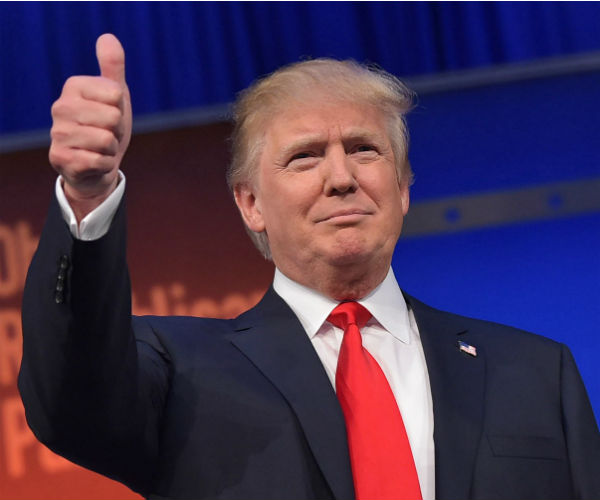 Conservatives know our country got conned eight years ago by a promise of hope and change. The ensuing change was not what we hoped for. And the lack of desire by Congress to stop Barack Obama showed the Republican Party had also been conning us. It had abandoned the values and principles which made our nation great.

Don’t get me wrong, I’m not comparing Trump to Obama. You can’t compare an American capitalist to an evil Saul Alinsky socialist. As presidential candidates, however, their paths have been similar.

Obama came out of nowhere, skillfully using the anger and frustration of liberal progressives to destroy the hopes of heir apparent, Hillary Clinton. He played that anger like a concert pianist, all the way to the White House.

So the question arises:

Is Trump a con man? 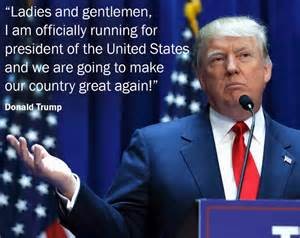 Is he the person who said he’s more democrat than republican; or a born-again conservative like Ronald Reagan? Is he the billionaire who lives in an ivory tower; or someone truly concerned for the average Joe?

In the not so recent past he funded the campaigns of liberals Harry Reid, Chuck Schumer and Nancy Pelosi. Today he says it (putting profit ahead of conservative principles) was the right thing to do because he is a business man.

Does that make him a true conservative around whom we can all rally?

Does that make him a true conservative around whom we can all rally?

Who the next president will pick to replace the late Justice Antonin Scalia, and possibly one or two more justices, should be a big consideration in our choice of candidate.

In the not so recent past Trump touted his sister, US Court of Appeals Judge, Maryanne Trump Barry, as a great candidate for the Supreme Court. But she is a strong pro-abortion judge, who used her position to strike down New Jersey’s partial-birth abortion ban.

Two months after announcing his candidacy, in an interview with Bloomberg Politics Trump backed off – a bit – saying, “I think [Maryanne] would be phenomenal. I think she would be one of the best. But frankly, uh — we’ll have to rule that out now, at least temporarily.”

Two weeks ago Trump backed off even more, saying on ABC’s This Week, “I said that in a very joking matter, and it was all lots of fun and everything else.”

“Temporarily” and “it was all lots of fun” don’t give me a warm and fuzzy feeling about who Trump would nominate for the Supreme Court.

So, is Donald Trump a con-man, or a true conservative around whom we can all rally?

Today, many patriots with whom I’ve worked over the years totally support a Trump presidency. To them I can only say, when my gut tells me I’m being conned I have to listen.

Author’s Note: Some of my patriot friends believe neither Rubio nor Cruz are eligible to be president because when they were born neither had two parents who were citizens. While our founders were concerned enough to include the “natural born citizen” clause in Article II of the Constitution they didn’t define it, as they most certainly could have. We know they feared someone under foreign influence might ascend to the office of president so they used the clause to limit that possibility. But did they understand the definition could change over time? We may never know for sure.

Editor’s note: Ted Cruz has another problem on top of having a father who did not “naturalize” until recently. Ted Cruz was born in Calgary, Alberta, Canada. And at the time neither his father nor his mother were in the diplomatic or the military service of the United States. Therefore he has double alienage: Canadian by birthplace, and Cuban by parentage. Your editor also contends that phrases in the Constitution must be supposed to have the meaning they conveyed at the time of the writing of the particular article or amendment under discussion. The Supreme Court of the United States understood this. See Minor v. Happersett, 1875. To admit mutability as the author suggests, is to render the Constitution meaningless, and that very “thing of wax” Thomas Jefferson lamented the Constitution might have become, following the decision by the Supreme Court in McCullough v. Maryland. And: that they did not define the phrase “natural born citizen” means only that they could not conceive that anyone would drop The Law of Nations by Emmerich de Vattel from the scholarly canon, much less forget his name, as all too many have done. Vattel defined the phrase “natural born citizen” to exclude even the barest hint of alienage.

Why no more debates?

#Rubio needs to redirect his campaign from attacking business as that is the job of Democratic Party candidates.

If #Trump was indicted and convicted he has a point as something that we all need to consider. However in business many times you fail on the way to success. It is also a rule of life.

But conjecture of motives on the people who take risks in the free enterprise system is a dangerous road to take.

This is why Rubio is looking more and more amateurish as his view of the American Story is not clear in his head and will cost him dearly.

That story include includes free enterprise and the opportunity to fail on the way to success. It frowns on trying a person in a public forum to win an election.

Rubio should talk he’s changed his stance in just a short time that’s why the ymtea party dumped him ,,, there rideing Trump about haven a different opinion from 1999 wow 17 years as to 2 years ones called lien to get what you wont the other is considers age and experience sorry Rubio

you know people are entitled to change their opinions, if in light of new evidence they find that the opinion they once held was in error. are you people that stupid or just democrats.

I am no Democrat. And I agree. All he need do is explain.