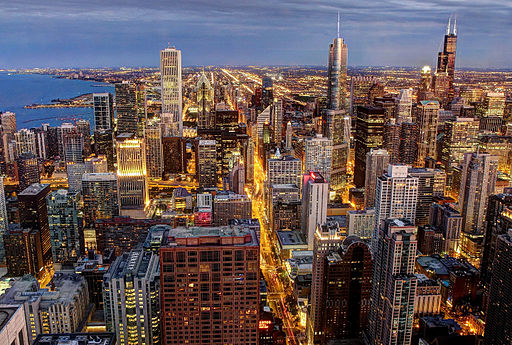 Who can forget the clueless thugs protesting last May in the streets of Ferguson, Missouri, holding up their brand new shiny placards––mmmm, where did those pricey things come from?––and expressing rage at….what?

Oh no. They were protesting because the anarchic, hate-America moneybags who bribed or rather enticed them to show up and act out didn’t pay them! Reportedly, some of the protesters “who looted, rioted, burned buildings and overturned police cars….were promised up to $5,000 per month to join the protests.”

That’s right, according to Newsmax.com, “Missourians Organizing for Reform and Empowerment (MORE), the successor group to the now-bankrupt St. Louis branch of ACORN (Association of Community Organizations for Reform Now), stiffed the protesters.”

So much for the high-minded ideology that drove these unemployed know-nothings into the streets! 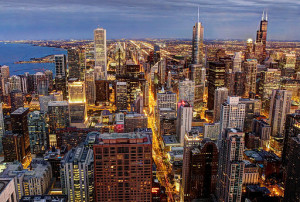 This is exactly what we just witnessed in Chicago on Friday night, March 11th, as a bunch of protestors––both black and white––were convinced for a pittance or for a pile of dough to act like hyperactive children off their Ritalin in order to disrupt a massive rally, anticipated to be attended by over 25,000, for presidential-frontrunner Donald J. Trump. It was hilarious to see the protestors, when asked by reporters why they were there, robotically announce, “I’d rather not give my reasons.” Translation: I have no clue why I’m here, but I’m making a few bucks, so what the hey!

The venue was perfect, wasn’t it?––the home of the arch community organizer Barack Obama, who before his ignominious, race-baiting, hate-whitey, loathe-the-opposition tenure in the White House, specialized in fomenting the same kind of protests, almost all of them to bring down “the man.” The goal, of course, has always been to extort money from individuals or corporations perceived to be “racist,” to create or reinforce in the protestors the notion that they are perpetual victims, and to convince them to vote for Democrats who promise to address their grievances––but never do. The net result: The cities in America with the highest crime rates share one thing in common––each one has a Democrat mayor!

In Democrat-run Chicago, the rich, hate-America radicals behind the anti-Trump protest, including MoveOn.org ––as well as behind Occupy Wall St., Black Lives Matter, etc.––were trying to take down the ultimate man, the Big Kahuna, the billionaire the protestors all long to be like but instead can’t help envying.

Is this the very definition of stupid? Mr. Trump is offering America a way out of poverty, a return to a rich, vibrant, successful, flourishing America, but these mal-educated protesters––thank you Common Core and all the other dumb-America-down liberal education programs of the past 50 years––would rather stick to their self-defeating ways than to wake up and smell the coffee.

Calling thugs what they are

According to radio host and writer Douglas V. Gibbs, the “Chicago protests were not about Trump” but were rather “an attempt to silence opposition to liberal left politics.” If Cruz had been the frontrunner, Gibbs says, he would have been the target.

Gibbs explains that in the style of the career agitator, socialist Saul Alinsky, the protestors “want violence…they want riots…they think it is chic. These people remind us of the agitators [who] brought about the French Revolution, or the Bolsheviks who brought about the Russian Revolution…angry, violent, and trained to believe the same poppycock that has brought down a long list of republics in history––and failed every time.”

Gibbs compliments Trump’s refusal to “feed the beast” by cancelling the event, no doubt driving the unruly horde to gather in another venue to count the money they made for the night and to indulge in an event commensurate with their maturity level, such as group thumb-sucking.

To his everlasting shame, Senator Ted Cruz joined the hysterical ranks of the Republican establishment has-beens in blaming Donald Trump for the mob’s sideshow. So much for Mr.-I-Stand-for-the- Constitution defending Mr. Trump’s freedom of speech!

Last June, at the outset of his campaign for President of the United States, Mr. Trump said that one of the first things he would do was build a wall to keep illegal aliens from violating our southern border and invading our homeland––and that Mexico would pay for it! On cue, his rival candidates expressed their outrage, although now they’ve all appropriated this strategy for themselves.

Just a few weeks ago, the former president of Mexico, Vicente Fox, weighed in on that pronouncement. No way, he said, would Mexico pay “for that effing wall!”

When asked his reaction to Fox’s statement, Mr. Trump said “the wall just got 10 feet higher!”

In the same vein, a lot of Mr. Trump’s campaign promises have been met with anger, scorn, derision, vilification, and patronization, in fact most of the marginalizing tactics suggested by Saul Alinsky in his book, Rules for Radicals. The theory is that when people are insulted, they feel diminished, they lose their strength, they fade into the woodwork, sort of what Mitt Romney has done, not after being insulted but after insulting the formidable Mr. Trump. What Alinsky followers today don’t realize is that truth both negates and conquers liberal lies.

When Mr. Trump cites the massacres by Muslims on 9/11 and in France and San Bernardino and all over the world and then says we have to temporarily keep Muslims from entering the country “until we understand what’s going on,” the average person understands and agrees.

Only the politically correct media wusses appear not to get it. But they join in the Trump bashing because their bosses order them to do so. Why? Because those same bosses have massive business dealings in the Arab world and so forbid their underlings to say anything that could hurt a burgeoning bottom line. Follow the money!

When Mr. Trump says that “I think Islam hates us,” his interviewers are stunned that someone running for public office actually realizes that the mullahs in Iran and the terrorists from Hezbollah and Hamas and the president of the so-called “Palestinian” Authority have inscribed in their mission statements the vow to eliminate the Great Satan, America, and the Little Satan, Israel. But the average person ––left, right, Democrat, Republican, black, white, Hispanic, young, old, et al––gets it and agrees with it.

That is why with every protest to Mr. Trump’s candidacy, not only does the wall get 10 feet higher, but the votes increase by the millions!

Handing it to Hillary