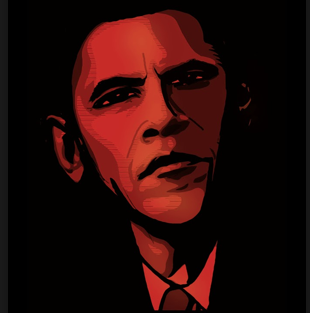 What makes a bloodless revolution? Consider: (1) the classified material publicized in the private emails of former Secretary of State Hillary Clinton, as well as her ignorance of al-Qaeda in the Benghazi debacle; (2) leftwing Defense Secretary Chuck Hagel’s acceptance of a $200,000 donation from an unnamed foreign source – probably Muslims fond of Hagel’s anti-Israel predilections; and (3) leftwing Secretary of Homeland Security Secretary Eric Holder’s appointment of Muslim sympathizers to his Department; (4) CIA Director John Brennan, who converted to Islam. It seems that leftwing President Barack Obama has firm control of the Executive Branch of America government. And this is not all!

Most insidious is Obama’s appointment of two Supreme Court justices, Elena Kagan and Sonia Sotomayer, who share his multiculturalism. Like Obama, they would use international law to override American Constitutional law, hence negate national sovereignty of the United States. We have here the makings of a bloodless revolution. Multiculturalists reject the nation-state system.

Transnational law would effectively replace American Constitutional law. Statism would become the order of the day; the statism which Americans rejected in 1776 would be resurrected.

Transnational law actually negates popular sovereignty and supersedes the principle of government by the consent of the governed! The American Revolution would be trashed along with our Declaration of Independence.

Has not Obama scorned the Declaration? Did he not promise a “new” one the day after his first inaugural address? But this too is not all.

In violation of the 1970 non-proliferation treaty (NPT) to prevent the spread of nuclear weapons and weapons technology, Obama has not only assured Tehran that he does not oppose Iran’s becoming a nuclear power.

Fast forward to Secretary of State John Kerry, whose left-wing credentials like Hillary’s are impeccable. The recent nuclear agreement Kerry concluded with Tehran offers the Ayatollahs a 150 billion dollar bribe to postpone their joining the nuclear club. The Ayatollahs must have been amazed by Kerry’s naiveté, as well as gleeful!

A Mulligan on Obama? 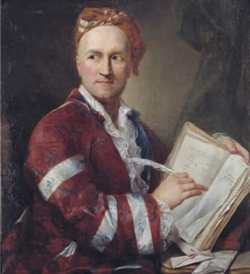 If anyone says that the Obama Administration is by far the most incompetent and perfidious in America history, this writer, who has written extensively on the United States, can find no reason to disagree. But I have only touched the surface of this abominable state of affairs. Most significant is a question that does not want to go away: Is Obama really a natural born citizen of the United States? Is he qualified under Article II of the Constitution to hold the office of President? If not, wouldn’t this invalidate all the laws of the United States that bear his signature?

It is impossible to weigh the enormous and even frightening consequences that would result if the official acts of this twice-elected post-American President were invalidated as unconstitutional.

Here it may be amusing to recall the formidable task Hercules faced when he had to clean out the enormous stables of King Augeus, stables filled with excrement. That task was nothing compared to the task of cleaning up the cesspool left by the Obama Administration.

It would take years to  sort the litigation and horrendous economic damage afflicted on America. The chaos can only be compared with the after effects of a nuclear electromagnetic pulse (EMP) over the United States.

If these are not idle speculations, Obama must be lawfully removed from office as soon as possible, preferably by his voluntary resignation, otherwise race riots will erupt across the nation. Moreover, if Obama’s presidency is devoid of legality, no further laws should be submitted for his approval. (Is this projected chaos the reason why he has not been impeached?)

If the official acts of Mr. Obama since he was first sworn in as President of the United States on January 20, 2009 were deemed illegal, teams of lawyers would be needed to deal with the mountains of litigation that would result from the acts of every department and agency of the Federal Government!

The Obama-appointed judges of the Supreme Court and of all lower federal court judges would have to recuse themselves from participating in the decision in any further cases to avoid tons of additional litigation.

International accords including economic and fiscal agreements signed by Obama would have to be renegotiated or abandoned, whatever the fallout (which I leave others to elaborate). This alone would collapse the United States. But hasn’t this collapse been on the agenda of Barack Hussein Obama? Isn’t it reflected in the malediction of Obama’s pastor: the “Goddamn America” Jeremiah Wright? Isn’t this bloodless revolution hidden in the mantra of “Change” that animated Obama’s first Presidential campaign?◙