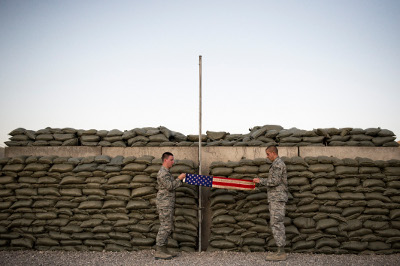 Republicans and Democrats both do it

Judge for yourselves. Recently the State of Colorado exposed a very interesting political dynamic that took most of us by surprise. The Republican Party in that state managed to manipulate their delegates to support the candidate of their choice, not necessarily the people’s choice. The people were never allowed to voice their choice. Trump supporters cried “foul” while Cruz supporters gloated over Trump’s inexperience operating within the political cabals.

For Democratic voters the issue is similar. Candidates, in this case Hillary Clinton, are able to amass “super delegates” which have the power to vote to nominate Hillary as the Party’s candidate regardless of how the rest of the primary goes – even if Bernie should manage to win the popular vote. From my perspective, these problems eclipse campaign rhetoric. They reveal that we no longer have a representative government but an oligarchy where the political powers control the destiny of this country by controlling our choices. Sure, we can vote for candidate A or candidate B, but be assured that both candidates have been chosen by the oligarchy.

(Editor’s Note: the primary in New York State suffered from the kind of irregularities one normally would accuse Republicans of perpetrating on Democrats. Election Boards struck people’s names from voter rolls who still lived in their precincts, and equipped polling places with broken voting machines, among other suspect behaviors. These acts cast doubt on whether Hillary Clinton won that primary fair-and-square.)

It seems we have all been laboring under the veil of misconception by believing that somehow, someway, we could restore our Constitutional Republic just by electing better candidates in the primaries. Little did we understand the extent of the political corruption imposed upon us by the political elites. Apparently, some have come to realize that we don’t really have a choice, but unfortunately, many still believe we do. And as long as we believe we have a choice, the political machines and their contributors will continue to control the legislature, the presidency, and by extension, the nation. Unfortunately, there are those who defend this assault against the will of the people simply because it is their candidate that benefits from it. They are missing the larger picture. The parties’ rules may have been upheld but it is the rules that are corrupt. These rules keep the power out of the hands of the constitutional sovereigns of this nation – the citizens; for it is by the design of our Founders that it is the citizens who are supposed to be the sovereigns of this nation – not the political parties.

So, do we allow this to continue simply because it conforms to party rules? Or, if we don’t want to allow it to continue, how do we stop it? Before we can even begin to explore the possibility of stopping the cabals existing within our political system, we would do well to take the time to try to understand who they really are and their ideologies. Our Founders dedicated their lives to understanding government and to how governments were affected by different factions. Thomas Jefferson broke down political parties into two factions with two distinct identifying ideologies as opposed to distinct labels. I believe his analysis describes the situation exposed in this presidential primary cycle. He said:

Two parties in every land

Men by their constitutions are naturally divided into two parties:

In every country these two parties exist, and in every one where they are free to think, speak, and write, they will declare themselves. Call them, therefore, Liberals and Serviles, Jacobins and Ultras, Whigs and Tories, Republicans and Federalists, Aristocrats and Democrats, or by whatever name you please, they are the same parties still and pursue the same object. The last one of Aristocrats and Democrats is true one expressing the essence of all.” – Thomas Jefferson to Henry Lee, 1824. ME 16:73.

Jefferson’s labels for the parties may have changed over time, but their overriding ideologies have not. There are still two distinctive political faction that are divided into the two parties Jefferson defined. They are not to be confused with the labels we use of Republican and Democratic. Both these parties have merged into what Jefferson identified as party #1 above. I will call them the Elitist Party consisting of two branches: those within the conclave of the Democratic branch and those within the conclave of the Republican branch. We, those who still believe that the sovereignty of these United States resides with its citizens, are part of Jeffferson’s party #2, which I will call the Citizens’ Party – or possibly the Real Sovereign’s Party. This piece is being presented for the latter, of which I claim to be a member.

It’s time to remove the veil that protects the Elitist Party and expose it for what it is. Whether it be the Democrats that have controlled urban districts for decades and have failed to act in their constituents best interest, or the Republicans who put forth a platform that appeals to Conservatives but fail to support their own platform, their true character and nature has been revealed through their Parties’ attempts to disenfranchise the will of those who support both Bernie Sanders and Donald Trump. It comes as a shock to many of us that our votes in the primaries count for very little. Colorado may just be a foreboding of what is coming down the road. At their respective conventions, the two factions of the Elitist Party’s delegates get to chose who our candidates will be – even if another candidate enjoys an impressive voting lead over his establishment counterpart. And we are told, “Those are the rules. The parties make the rules. It’s our fault for not knowing the rules. Live with it, as you deserve to because you are stupid and ignorant of the rules.”

For me this is an affront to the representative government that I’ve always believed was of the people, by the people, and for the people. While I no longer believe that is the case in America today, I also believe we have the duty and the responsibility to restore what we have lost. To be honest, I’m not really sure about how to do that, but I do know one thing: I will not let the Elitist Party dictate to me whom I will be voting for in November of 2016. In this regard, dismantling the Elitist Party is relatively simple. First, I would suggest that immediately after the primary in your state (if you still have one), register as an Independent – before the conventions convene. The parties will get the message. Then, we have to stop accepting their propaganda that we must vote for the candidate of their choice. We must vote for the candidate of our choice. They have convinced us in times past that to vote for anyone other than their anointed meant voting for the other party’s anointed. In reality, voting that way was not to our advantage – as the recent Republican Congress has proven. However, it was necessary for the continuation of their power base. They have this power over us because we have abdicated our sovereignty to them. It’s high time we begin to restore our Constitutional Republic by reclaiming our sovereignty as citizens within this nation. When you come right down to it, the greatest threat to real republicanism in America doesn’t lie in the beltway of D.C., it lies beneath the beltline of patriotic Americans.