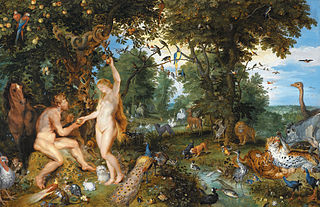 “Hate the sin; love the sinner,” is a popular Christian saying. It’s unfortunate that the phrase has been perverted. Today it has become a mantra better used by the enemies of Christianity than by Christians. The perversion began with the subtle disregard of the first part of the phrase and the concentration on the second half. While people of faith knock themselves out trying to show how loving and tolerant they are, they have been intimidated by the politically correct police into forgetting to hate the sin. The irony is that instead of loving the sinner, they have become enablers of those harboring a sinful nature that will not only lead the sinner to eternal life but will also lead the cowardly enabler straight into the lake that burns with fire (see Revelation 21:8).

God hated the sin of Adam, but still loved Adam

One needs to look no further than the third chapter of the Bible to understand the proper concept of hating the sin but loving the sinner. In the Garden of Eden, Adam and by extension, Eve, are forewarned by God not to eat of a certain tree, which will produce dire consequences for them. They disobeyed and as warned, there was a price to pay. However, in Genesis 3:21, we find a merciful God preparing garments to clothe the disobedient Adam and Eve. This is the first biblical example we have of hating the sin but loving the sinner – an no one does it better than our God.

Jesus provides two other examples for us. When Jesus met the woman at the well in John 4, He acknowledged her sin. Yet, He still offered her living water. Likewise in John 8, Jesus is confronted by the Pharisees with a woman who was caught in adultery. Jesus forgives her sin but admonishes her to go and sin no more. People often forget this part of the verse. In both instances Jesus did not sweep the sins of these women under the rug, He loved them but spoke the truth and acknowledged their sin.

When churches fail to acknowledge sin

Unfortunately, the perversion of the biblical principle of loving the sinner but not acknowledging the sin has been given free rein in the political world because it has been left unexplained in our houses of worship. In the political arena, the threat of hate crime speech has additionally thwarted and intimidated those who know the truth but are easily swayed by their desire to appear tolerant and loving of sinners. But are they loving anyone when they are aware of perpetual and willful sin and remain silent – knowing that the behavior in question does not lead to eternal life? In reality, these self-deceived loving and tolerant believers have become enablers of sin. This deceptive type of cowardice exercised by truth-knowing believers has extended beyond the walls of the church and created havoc in society. For when sin is given a free pass, peace and liberty will suffer decline.

We see this perversion playing out in our government by those who will not truthfully identify the theology that motivates religious terrorists. This inability to call wrong “wrong” and sin “sin”, has crippled our psyches and distorted our collective common sense. It seems that we have degenerated to the point where once again we are calling good “evil” and evil “good”.

We do it by whitewashing our common sense instincts to bar likely terrorists from entering our country – all in the name of compassion and freedom of religion. We do it by censoring speech that correctly identifies such terrorists and their ideologies by claiming their religion is a religion of peace. We do it by failing to teach our children that it is noble to stand up and speak up for the things you believe and instead cower to sinful behaviors in the name of compassion and tolerance.

We do it by whitewashing the sin of abortion and having misplaced compassion on a woman’s right to choose but fail to acknowledge the baby’s right to life. And we do it by intimidating bakers and photographers into participating in events that offend their sense of right and wrong. As we do all of this, we have transformed from the salt of the earth to inconsequential enablers.

Yes, America may be falling but it is not because of any political coup we have suffered. America is falling because she no longer knows the difference between right and wrong. Because long ago she fell for the notion that speaking the truth was hateful and possibly offensive. Therefore, don’t expect those that have fallen for the perversion of loving the sinner without hating the sin to understand why we should close our borders or stop murdering babies in the womb. And I can’t help but wonder what they would do with all the Old Testament warriors who fought God’s battles with physical weapons.

Surely their theology would have them sit down with Goliath and persuade him to make nice with the Israelites. For you won’t find any Davids among them, only Barack Obamas and Hillary Clintons who will send our modern day Goliaths great sums of money and fighter jets – just before he cuts off their heads or pumps them full of bullets. But the real problem is that instead of doing that to them, our Goliath will go after our sons and daughters. The truth is, America, that if you want to defeat Goliath, whether he be in the form of immoral behavior or a terrorist being welcomed into our country, you have to start by calling evil “evil.”

And yes, we must realize that we have a biblical directive to both love good and hate evil (Romans 12:9). For protecting evil only begets more evil. And calling evil “good”, allows it to grow in our midst unchallenged and uncontested. The problem for America may not reside in the White House or with anyone who wants to live there. The problem for America may reside below her beltline where her misplaced compassion is consumed by cowardice and her unwillingness to call evil “evil.”

What happened to America?