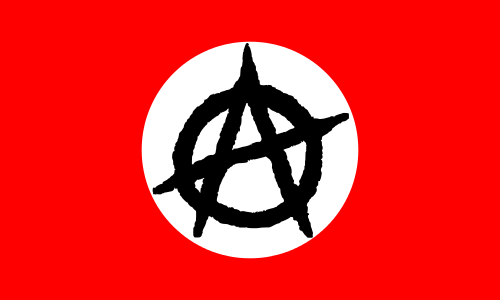 The anarchy sweeping across America today reminds me of the title of an article I published in the Congressional Record in 1968: “Intellectual and Moral Anarchy in American Society”. The article also appeared in 1970 in The Review of Politics under the foreboding title, “The Crisis of Our Times.”

The gravamen of the article is the university-bred doctrine of moral relativism. US Supreme Court Justice William O. Douglas also promulgated this doctrine. In his dissenting opinion in the Ginzburg case, involving a federal obscenity statute, Justice Douglas declared: “I do not think it…permissible to draw lines between the ‘good’ and the ‘bad’ and [stay] true to the constitutional mandate to let all ideas alone. Government does not sit to reveal where the ‘truth’ is.”

Douglas’ dissenting opinion eventually became, and remains, the opinion of the Court.

Remarkably, Douglas uses inverted commas around the word truth as well as around the words good and bad. These inverted commas are symptomatic of the moral and intellectual anarchy of our times. They signify that we – that you and I – can say nothing really true about right and wrong. When they do that, they place in question the function of every institution of learning. They also place in question the dignity of reason, the distinction between the noble and the base. So they also cast doubt on the worth and existence of civilized society.

Justice Douglas’s doctrine of moral relativism also informed Senator J. W. Fulbright, Chairman of the Senate Foreign Relations. Fulbright rejected the underlying assumption of American foreign policy during the Cold War. He questioned calling the Soviet Union, as he put it, “totally and implacably hostile to the West”. This point of view, he scornfully said, came from the “myths” of the Declaration of Independence. That declaration, he charged, had distorted America’s “national vocabulary” by infusing it with “self-evident truths”. In consequence, Americans believed that it was a self-evident truth that “the Devil resides immutably in Moscow.”

In the works cited

Shocking evidence of the moral and intellectual decadence pervading America appears in its Arts and Humanities Citation Index. The Index lists all citations in the major humanities journals. James Franklin has observed that:

An army of trained slaves keys in every footnote of every article, and the computer rearranges them according to the work cited. The compilers of the Index examined the records for the years 1976-1983, and issued a report on the most cited works written in the twentieth century. The most cited author was Lenin, which speaks volumes on the state of the humanities in the West toward the end of the Cold War. But the most cited single works in reverse order: in third place, Northrop Frye’s Anatomy of Racism, James Joyce Ulysses, and, well in the lead, Thomas Kuhn’s widely read 1962 book, The Structure of Scientific Revolutions.

Kuhn’s book exemplifies the “sociology of science,” which strips science and even mathematics of any intrinsic rationality or trans-historical validity. Science merely consists of “paradigmatic” views of nature that vary from epoch to epoch – precisely the conclusion of cultural or historical relativism.

To express Kuhn’s relativism more sharply, one post-modernist assault on reason declares that “The supposed apolitical nature of mathematics is an institutional frame that functions to sustain specific power structures within schools….This paper disrupts the common assumption that mathematics … is free from entrenched ideological motives.”

So: can America survive?

Small wonder that anarchy is sweeping across America. Consider: Not a single one of the Americans that participated in the presidential debates in 2016 possessed the wisdom to perceive, or the courage to expose, the source of the “political correctness” that has silenced serious discussion about the insidious nature of America’s existential enemy, Islam. Moral and cultural relativism kept them silent. For that, thank “higher” education in America during most of the twentieth century.

The eminent Andrei Solzhenitsyn and Andrei Amalrik perceived the pervasiveness of this relativism in Communist Russia. Amalrik wondered whether the Soviet Union could survive until 1984. We may well wonder how much longer America will survive caught up in that evil doctrine.☼