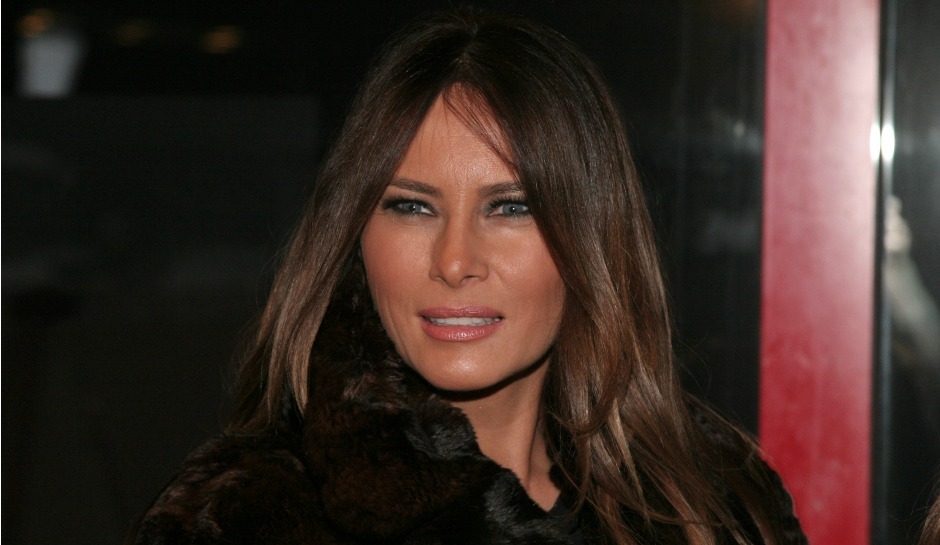 Like the millions who tuned in this week on the first night of the Republican convention in Cleveland to see Melania Trump’s speech, I was dazzled by her beauty, struck by her sincerity, impressed by her fluency in a language not of her native tongue, touched by her obvious love for her husband and family and country, and impressed by her quiet confidence and sense of self.

In a lengthy interview I had seen a few weeks earlier of Melania with Fox News’ Greta van Susteren, it was clear that the former super model––who is formally educated, multilingual, world-traveled, and the embodiment of sophistication––was unpretentious, of a serene temperament, plain-spoken, strong in her convictions and values, and also funny and nice. And also not interested in the spotlight, but more in raising her 10-year-old son Barron with good values and morals.

So it was shocking when I woke up Tuesday morning to read and hear of the gigantic brouhaha about Melania’s alleged “plagiarism.”

Right away, I smelled a rat.

For one thing, it is almost impossible to find anything the leftist media say that is even marginally credible. Most of the lackeys, who pose as journalists, sound more like they’re on the payroll of the Hillary for President campaign or the Democratic National Committee than in the service of the American public.

Remember, these are the people who spent a full year vilifying, insulting, and lying about Donald Trump, fully confident that their viewers and readers would listen to their wisdom, only to be soundly repudiated by the American voting public.

No matter what they said, the voters, figuratively at least, spit in their faces. But in the “culture” of journalism, such repudiation never breeds self-reflection; it only breeds vengeance, and the desire to find something, anything, to take down their nemesis.

Second, it was impossible for me to picture Melania consulting a search engine and looking up the speeches of former First Ladies, finding the words of Michelle Obama, and saying to herself: “Aha…I think I’ll lift a few lines here!”

However, it was eminently plausible for me to picture a professional speechwriter that Melania admitted to Matt Lauer helped her “a little bit” being lazy and unprofessional enough to do just that, to look up former speeches and stick random sentences into the quite brilliant and original piece Melania had written herself––without her knowledge that the excerpts had been lifted!

John Hinderaker of Powerline.com, a site founded by Dartmouth College alumni and, mysteriously to me, not a fan of Mr. Trump, weighed in with an article that damned the craven media. Entitled “Plagiarism? Please,” the writer called Melania’s speech outstanding, and said that so-called lifted sentiments “are so commonplace that they probably could be drawn from any of a hundred speeches. But, is this supposed to be some kind of scandal? One could probably think of a less important issue, but it would take a while. And I wouldn’t think that either Barack Obama or Joe Biden would want to start a conversation about plagiarism.”

Citing an article in the NY Times headlined “Melania Trump’s Speech Bears Striking Similarities to Michelle Obama’s in 2008,” Hinderaker disagrees, writing that, “Michelle Obama’s best-remembered public pronouncement is her statement that `[f]or the first time in my adult life, I am proud of my country.’ Why? Because her husband was nominated for president. The heart of Melania Trump’s speech, on the other hand, was not the lines that she may have borrowed from Michelle Obama, but rather this tribute to America, delivered by an immigrant:

After living and working in Milan and Paris, I arrived in New York City twenty years ago, and I saw both the joys and the hardships of daily life. On July 28th, 2006, I was very proud to become a citizen of the United States—the greatest privilege on planet Earth. I cannot, or will not, take the freedoms this country offers for granted.”

Do you think Michelle Obama (or Barack, for that matter) thinks it is the greatest privilege on planet Earth to be an American? No, I don’t either. I suspect that one of Melania Trump’s principal objectives in her speech was to draw that contrast between herself and Mr. and Mrs. Obama.

Of course, a fulminating John Podhoretz from the NY Post and the obsessed anti-Trump writer Jonathan Tobin from Commentarymagazine.com put in their two-cents worth, jumping on the plagiarism charge…but to no avail.

By the time FNC’s Megyn Kelly got around to the subject at 9 p.m. on Tuesday night, it was old news, debunked by most people who recognized it as a manufactured and frivolous non-subject. Besides, two of Donald Trump’s five children were just about ready to speak on their father’s behalf.

Tiffany Trump, the 22-year-old recent Wharton Business School graduate, entranced the crowd with her beauty, articulateness, confidence and also modesty, and especially her full-hearted love and respect for her father.

And then came 38-year-old Donald J. Trump, Jr., who left every commentator on the political spectrum, as well as the entire Twitter world, either overflowing with positive “reviews” or predicting a stellar political future for the young mogul. He, too, was fulsome in his praise of and respect for his father.

The ultimate takeaway, however, was that the people who occupy the world of Donald Trump are the real thing. They are clear-eyed, confident in their views, authentically conservative, and “the real thing.”

So real, in fact, that it is unimaginable that Melania copied anything from anyone. If any copying was done, it was by, as I said, a lazy or incompetent hire, and blame also goes to the negligent person who okayed her speech.

Or was it purposeful sabotage?! That cannot be ruled out, so egregious was this act. It remains to be seen if it was, indeed, sabotage, and if the Trump team found the culprit and promptly axed him or her.

Melania was wronged. But strong woman who she is, I have no doubt that she will go on to make dozens if not hundreds of important, inspiring, and empowering speeches as the next First Lady of the United States!

Devil as the blind man’s standard

Amen. They all did very well with their speeches. Real ladies and gentlemen.

I don’t know what “unreliable witnesses” is supposed to imply. We have transcripts and video of exactly what was said in 2008 and 2016. There are two paragraphs with a large degree of similarity in meaning and phrasing.

TLDR:
Technically Melania didn’t plagiarize since she didn’t write the speech. Her speech writer self-identified as the person responsible for inadvertently lifting phrases from Michelle Obama’s 2008 speech. Ostensibly because Melania read the speech to the speech writer as a dictation sample and the writer thought them original and noted them for reuse.

For reference this is the transcript snippets I had handy. Two sections denoted by “__ … __” are highlighted as similar.

From a young age, my parents impressed on me __the values that you work hard for what you want in life, that your word is your bond and you do what you say and keep your promise, that you treat people with respect__. They taught and showed me values and morals in their daily life.

That is a lesson I continue to pass along to our son, and __we need to pass those lessons on to the many generations to follow. Because we want our children in this nation to know is the only limits to your achievements is the strength of your dreams and your willingness to work for them.__

And Barack and I were raised with so many of __the same values: that you work hard for what you want in life; that your word is your bond and you do what you say you’re going to do; that you treat people with dignity and respect__, even if you don’t know them, and even if you don’t agree with them.

And Barack and I set out to build lives __guided by these values, and pass them on to the next generation. Because we want our children — and all children in this nation — to know that the only limit to the height of your achievements is the reach of your dreams and your willingness to work for them__.

Her speech writer is a DemocRat.

Quoting experts and other people like Saul Alinsky is normal in political speeches.