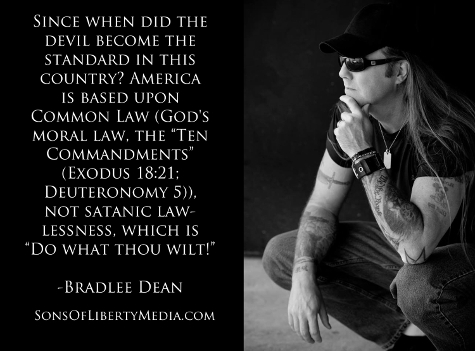 “Lest we forget at least an over the shoulder acknowledgment to the very first radical: from all our legends, mythology and history (and who is to know where mythology leaves off and history begins – or which is which), the very first radical known to man who rebelled against the establishment and did it so effectively that he at least won his own kingdom – Lucifer.” ― Saul D. Alinsky, Rules for Radicals: A Pragmatic Primer for Realistic Radicals. By whom Mr. Alinsky meant the devil.

The FBI will not enforce the law

As you may know, this past week FBI Director James Comey stated that any reasonable attorney would not seek an indictment against Hillary Clinton, a Saul Alinsky disciple. In his unreasonableness, he advocates the lawlessness rather than an enforcement of the law against the criminal in which it is his job to do so. Of course, he failed to do his job.

To argue with a man who has renounced the use and authority of reason…. is like administering medicine to the dead. Thomas Paine

Comey has a long history of cases ending favorable to Clintons. Yet, most Americans already knew this (Isaiah 59:8).

At the same time, the conservatives on FOX News were praising Comey and expressing their gratitude for such a fine man.

Then one of America’s so called representatives asked the most telling question I think one could have asked. It explains why America, as a whole, is in trouble.

Why should any person follow the law if our leaders don’t? And we can argue about intent or not. But you laid out the fact that she basically broke the law but you couldn’t prove intent. Maybe I’m putting words in your mouth. But I do want to know why any person should follow the law if our leaders don’t have to. Maybe that’s rhetorical but I’ll give you the opportunity to comment on that.

Why in the world should any American ever follow our laws, if our political leaders refuse to do so? Is this guy really that immoral, confused, idiotic or just plain stupid? Two wrongs now make a right?

The devil becomes the standard

Since corrupt government fails to “restrain men from sin,” can the rest of us act in a corrupt manner? We are commanded to grow-up in the grace and knowledge of our Lord Jesus Christ (2 Peter 3:18), not to emulate on the one who comes to kill, steal and destroy (John 10:10).

When did the devil become the standard in this country? America is based upon Common Law (God’s moral law, the “Ten Commandments” (Exodus 18:21; Deuteronomy 5)), not satanic lawlessness, which is “Do what thou wilt!”

Friends, right must always be right, truth must always be truth, and purity must always be pure. Right and wrong is a permanent fixture of morality that God established through the Ten Commandments that cannot be moved or shifted from their proper place.

The devil in the details

You cannot bring right down to a lower level because others may want it lowered to fit their lawless lifestyle. It must be where it always is.

Shall crime replace the law that produces liberty? That does no good for any society. That produces bondage, not liberty. Do away with the law and you have no crime. Criminals love that mentality!

We have all heard the lawless try to excuse themselves from doing right, just and true. They say, “I was born this way” or “I just can’t help myself!” Very specious, but utterly false.

Inability does not excuse lawlessness

Man’s inability does not remove responsibility. Sin is moral, not physical. Never fall into the error that moral inability will excuse sin, which is lawlessness (1 John 3:4).

When a man becomes such a liar that he cannot speak the truth, does that exempt from the duty of truthfulness because he “cannot help himself”?

If your employee owes you a day of labor, does he free himself from the duty by making himself so drunk he cannot serve you?

Does a man free himself from debt merely because he has spent the money, and therefore cannot pay it?

May a lustful man feel free to indulge his passions because he cannot understand the beauty of morality? “After all,” he says, “I was born this way.”

This is dangerous doctrine, America. The law is a just one, and man is bound by it though his sin has rendered him incapable of doing so.

That’s a question I’m no more qualified to answer than any American citizen. It’s an important question. In terms of my work, in my world, my folks would not be — one of my employees would not be prosecuted for this. They would face consequences for this.

America, this is the blind leading the blind. And so we have fallen into the pit (Matthew 15:14).