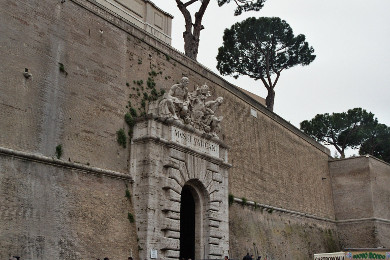 George Weigel, the Catholic theologian, wrote this about Islam in Faith, Reason, and the War Against Jihadism (2008):

Islam’s deep theological structure includes themes that render the notion of “three Abrahamic faiths” ultimately misleading in understanding Islam’s faith and practice – particularly if this trope is understood in the popular imagination as a matter of three equivalent legs propping up a single monotheistic stool.

Donald Trump has said if elected president he will establish a committee to examine the nature of Islamic terrorism. Such a committee would first need to consider whether Islam is, in fact, a monotheistic religion. Is it merely a political ideology that uses the idea of monotheism to recruit followers? Does it also mislead mankind into believing that Islam is a religion of peace?

The committee would discover that, contrary to established opinion, Islam’s deity, “Allah,” is not the God of the Bible. It certainly is not the God Jews designate by the ineffable Name of God, the Tetragrammaton. Indeed, the committee, if consisting of objective and not politically timid scholars, would discover something worse. Islam actually rejects and deems blasphemous the Biblical conception of man’s creation in the image of God.

To clarify matters, in 1985, Iran’s delegate to the United Nations, Said Raja’i-Khorassani, spoke to the issue. He called the very concept of human rights “a Judeo-Christian invention.” and inadmissible in Islam.

The notion that there are “no innocents” [in Islam] – that the enemy is “guilty” simply by reason of drawing breath – logically entails a strategy of open-ended mayhem based on the radical dehumanization of the “other.”

This describes the terrorist acts of the Muslim-led Palestinian Authority, which targets Jewish children in school buses.1 PA terrorists are no different from those that perpetrated the blood bath in Paris and in Orlando.

Allah is not a father

Although Muslims like to enumerate the 99 names of God, missing among the list is “father” – i.e., a personal God capable of a reciprocal and loving relationship with men. If God is not our “father,” then it is difficult to imagine the human person as having been made “in the image of God.

Perhaps the most disturbing insights into the distorted monotheism of Islam appeared in a 2008 essay of Professor Kenneth Hart Green. The essay discusses Emil Fackenheim’s preoccupation with an awesome question. Specifically, how could a philosopher of the rank of Martin Heidegger embrace Nazism, i.e., unmitigated evil? Green writes:

Were Fackenheim to have had the chance to reflect on Islamism … with its tendency to embrace a Nazi-style anti-Semitism combined with a fanatically obscurantist Holocaust denial, he might have suggested that this is a perfect exemplification of “absolute idolatry,” if not beyond it. For its intention is to present itself as God, or at least His immediate spokesman and mouthpiece, which makes it capable of justifying and sanctifying murder as good. As we have been so unfortunate as to witness, it produces both radical evil, and simultaneous unconscious denial of its evil, because as God (or His unmediated and unreconstructed representative), it can legitimately deny that what it is doing is evil. This is an original and unprecedented form of modern evil, and especially of religious abomination; it is beyond what one might call (in the language of Fackenheim) “absolute idolatry,” and emerges as a true “monotheistic idolatry.” This is the case because in its supposedly “religious” cause, it unapologetically and unselfconsciously embraces all the modern devices (ideology, technology, mass persuasion, etc.), and employs them to do its radical evil …

Can the Vatican support a Palestinian state?

Is the Vatican ignorant of the Hamas Covenant?

The Prophet of Allah has said: The Day of Judgment will not come about until Muslims fight and kill the Jews.

Do members of the learned Vatican not know the Qur’an? Does it not exalt the Muslim who “slays and is slain” for Allah (Sura 9:111)?

The Covenant requires of Muslims the following oath:

The charter of the Palestinian Authority (PA) reiterates this demonic attitude.

That the PA has gained the support of Barack Obama is unsurprising. But its quest for independent statehood has obtained the support of Pope Francis. That fact must surely trouble the minds of thoughtful Catholics. Is this the only way the Church can prevent uncontested Jewish possession of the Temple Mount and the universal ascendancy of the Torah as per the prophecies of the Bible?◙

1Editor’s note: review, for instance, the April 2011 attack on a school bus with an anti-tank missile. This happened outside Sderot in the Negev.

Moderates, Islam, and the experts

Indoctrination: back to school

One cannot call Islam a religion. Islam’s every precept runs counter to that of all other religions on the planet. Islam cultivates, encourages and demands the basest of behaviors in all situations. Islam was established and codified by paranoid psychopaths.

A “god” by any other name is still a god.

The Cult of Islam: Mohammedans, A Danger To Western Civilization. (Past) Time To Tell The Truth. - RepublicaNation News - America is Great!

[…] they must understand that the actions of Mohammedans are sanctified in the name of one of the three so-called Abrahamic religions, raising the level of confusion that much […]