This is a time, not only for Americans to join hands, but for the entire free world to come together in Thanksgiving, to thank the Good Lord for bringing us President-Elect Donald Trump (for those words are music to our ears).

Christie abandons an aide, so Trump dumps him

The Donald lost no time in making one of his shrewdest executive decisions, knowing that Governor Chris Christie was fully aware of the George Washington Bridgegate scandal, and according to the New York Post, “Trump thought it was shameful that Christie didn’t take the fall for [convicted aide] Bridget Kelly,” a source told the paper. “Trump is really angry that Christie is sending a soccer mom to jail. He believes one hundred percent that Christie was behind it all.”

And, without haste, he removed Christie from the leadership position of the Trump transition team. But now Mr. Trump should seriously consider putting aside Christie’s faux-loyalty and remove him from consideration for any position in his administration. Not that we want him back in New Jersey, mind you; but more in line with “taking one for the team,” Trump should point directly at Chris Christie and say as only The Donald can, YOU’RE FIRED, and give him his one-way-ticket-to-ride back over the aforementioned GW Bridge.

Trump and Christie on the Second Amendment

Donald Trump was the first presidential candidate to receive an endorsement from the NRA, and we are confident, as are its five million members, that he will work diligently to preserve our Second Amendment rights. His first order of the day should be approving into law H.R.923 – The Constitutional Concealed Carry Reciprocity Act of 2015, to be legal in one state and therefore every state. However, Governor Christie, who has consistently ignored the US Constitution and Supreme Court rulings, with impunity, will do everything he and his rouge legislators can to prevent this law from being enacted in the state of New Jersey.

And, just as Governor Christie used Bridget Kelly to insulate himself from the bridge-lane-closure-scandal, he conceals his contempt for his state gun owners and holders of legal carry permits from surrounding states, by hiding behind the skirt of the radical liberal Senate Majority Leader Loretta Weinberg (D-37). Like the progressive-minded socialists of the early 20th century, who sought to do away with the entire Constitution, Ms. Weinberg has such a corrupt sense of governance, where a person could go to sleep a law abiding citizen and with the stroke of her heavy-handed pen, wake up a felon. Thank you Governor Christie, for under your leadership, tyranny has now come to the state of New Jersey.

The SAPPA Group (Second Amendment Preservation and Protection Act) has been working diligently for nearly two-years on the most comprehensive lawsuit ever presented in support of our Second Amendment rights by the name of: Purpura v Christie, which is currently before the Third Circuit Court of Appeals, Case No. 16- 3173, which is a RICO Action, pursuant to 42 USC 1985 and 1986 as well as Civil Rights 42 -1983.

Chris Christie is a defendant along with Attorney General John Hoffman and twenty-seven NJ State Legislators, six State Judges, two Federal Judges, and two New Jersey State Police Chiefs, where they have been working in concert knowingly violating the US Constitution, by using de facto (illegal) laws to support their collusion in violation of the Second Amendment. Under normal circumstances, this would be considered a massive failure by Governor Christie’s first and foremost responsibility of keeping his citizens safe, but in its place we find a wheel of conspiracy, wherein they knowingly violate the Constitutional Rights of the law abiding citizens in their charge.

You may see the case file here: http://www.tpath.org/sappa-district-court-documents.html

In the matter of Meg Fellenbaum

Just this past October a young women who had a license to carry a gun as a resident of Pennsylvania, was parked on the side of the road in Warren County, New Jersey, to lawfully text her friend. The Christie Jack-Booted New Jersey State Trooper removed her from her car after “reportedly noticing” a bullet on the rear floor. She was then told that she was not under arrest, but was being handcuffed for her own safety and subsequently, for her own safety, spent an entire week in jail because she would not sign an illegal document allowing the cops to search the trunk of her car where she kept her legally owned unloaded firearm in a locked box.

What constitutes a serious-enough threat?

Chaplain Purpura came home one afternoon to find an FBI Agent with the Terrorist Task Force in his driveway, there to notify him that his name was found on the Islamic Jihadist website with instructions to follow and remove him. Just a month earlier, Governor Christie threw the gun enthusiast a bone by changing the right to carry law from the nearly impossible “justifiable need” standard, to include a more specific term of a “serious threat” to qualify for a concealed carry permit. But, plaintiff Purpura, who is the owner of guns, a highly experienced shooter, NRA and NJ Rifle & Gun Club member, had his permit application immediately denied because he had the audacity to challenge Christie’s dictated authority in a court of law. If being on an Islamic kill list is not a “serious threat” then someone, other than Chris Christie that is, should tell us – what is?

Christie fails to understand what the Second Amendment means 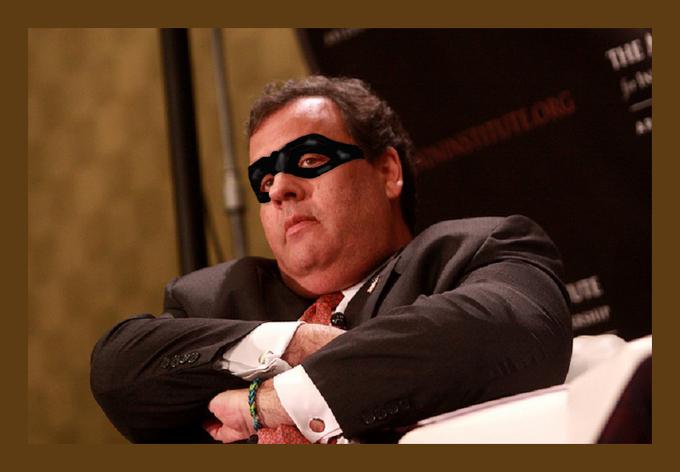 We are thankful that President-Elect Trump saw through Christie’s faux-loyalty, as he continues to mislead the citizens of New Jersey, by saying that there is nothing he can do; all the while knowing that he could initiate and sign an Executive Order NULLIFYING all legislation, all illegal regulations, as well as administrative laws on the books in New Jersey that violate citizens 2nd Amendment Rights; wherein it states,

The right of the people to keep AND BEAR ARMS shall not be infringed.

But in its place, we find Chris Christie’s conspiratorial laws as de facto gun control, stating that our constitutional right to defend ourselves STOPS at the end of our driveways.

Lastly, there has never been a single word printed of these events or the SAPPA lawsuit in any of the state’s largest newspapers – not a word in The Newark Star-Ledger, not one in The Asbury Park Press, and only silence from the Times of Trenton; all because, like The New York Times, the liberal journalists in New Jersey are paid to obfuscate their readers from the truth. And the ugliest truth in New Jersey is that the real Chris Christie is not a trustworthy leader, as he hides behind the illegal acts of subordinates to get his dirty work done.

Concerning H.R. 923 and its sister bill in the Senate, TPATH has been in contact with the Trump Campaign concerning the need for these bills to have some “bite”. One way would be to threaten Federal Fund curtailment of states refuse to abide by the new law. We are not sure how far up the chain of our contacts this message has gotten so if anyone reading this has some contacts in the Trump camp, please bring this point up to them.

Invoking the Name of God

The Times that try men’s souls

Maybe so. He does live in one of the most radical anti-gun states, so anything that he does there to help the 2nd Amendment is better than having someone like moon~beam.