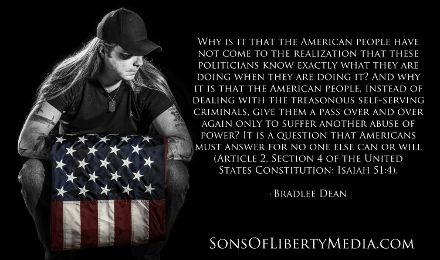 “The short memories of the American voters is what keeps our politicians in office.” Paul Ryan exemplifies that proverb.

Paul Ryan’s first major legislative achievement was a total and complete sell-out of the American people, which masqueraded as an appropriations bill (Luke 22:48).

Why have the American people not come to realize these politicians know exactly what they are doing when they are doing it? And why do the American people, instead of dealing with the treasonous self-serving criminals, give them a pass over and over again only to suffer another abuse of power? It is a question that Americans must answer for no one else can or will (Article 2, Section 4 of the United States Constitution; Isaiah 51:4).

Think of the content found in this unconstitutional and unlawful omnibus bill that Paul Ryan passed when he literally gave the foreign criminal in the people’s White House Barrack Hussein Obama everything that he wanted to further fundamentally transform America.

Let’s take a look at the content of this illegal bill:

Deferred Action for Childhood Arrivals has granted around 700,000 illegal aliens with work permits, as well as the ability to receive tax credits and federal entitlement programs.

Almost 12 months ago, 32-year-old Kate Steinle was bleeding to death in her father’s arms. She was gunned down in broad daylight by a five-time deported criminal alien whose presence in the country was the direct result of San Francisco’s refusal to comply with U.S. immigration law—yet Paul Ryan’s omnibus rewards these lawless Sanctuary Cities with federal grants. Division B Title II of Ryan’s omnibus funds various grant programs for the Department of Justice (pages 167, 168, and 169) and contains no language that would restrict the provision of such grants to sanctuary jurisdictions.

The omnibus would put the U.S. on a path to approve admission for hundreds of thousands of migrants from a broad range of countries with jihadists movements over the next 12 months, on top of all the other.

On the 13th of November Paul Ryan said the, Removing illegal immigrants will not be a “focus” of a Trump administration, says Republican House Speaker Paul Ryan, a longstanding supporter of open borders and cheap labor.

For a guy who seems so adamant about alluring the illegal’s into America one should ask this criminal why it is that he has a fence around his property.

Breitbart again reported, “ICE officers have… been disturbed to hear some of the recent comments made by the Republican House Speaker,” said the ICE Council President. “Your 2015 spending bill funded sanctuary cities, the resettlement of illegal alien border crossers, the release of criminal aliens and executive amnesty—policies which jeopardize the safety and security of the American people.”

While reports have documented that the border surge is currently the worst it’s ever been, the ICE Council president said that as House Speaker, Ryan has pushed policies that would only “exacerbate the situation”:

In the nine months that you have served as House Speaker, I am not aware of you holding a single press conference devoted exclusively to addressing this national crisis. Indeed, we were disheartened to learn that instead, the House Speaker intends to push and fund policies, which we believe would only exacerbate the situation.

In the letter, the National ICE Council demanded a meeting with Speaker Ryan. Yet Ryan never responded and never met with the council’s president.

When grieving mothers, who were forced to bury their loved ones as a result of illegal alien crime, tried to meet with Ryan, the Speaker of the House literally fled from them.

Ryan “doesn’t care [about our families] one bit,” said Laura Wilkerson, whose 18-year-old son was tied up, beaten, strangled, set on fire, and tortured to death by his illegal alien classmate.

“Paul Ryan is personally responsible for the deaths, maimings, and sexual assaults of thousands of innocent Americans and lawful residents,” the grieving angel moms wrote in August.

Paul Ryan has never shown one millionth the passion in defense of our families as he has spent advocating for policies that would result in the deaths of more Americans… [He] has the blood of so many on his hands—blacks, whites, Asians, Hispanics, immigrants, and children of immigrants… If Ryan’s considerable powers had been marshaled, in any serious degree, towards advocating for our families, demanding change for our families, or insisting upon justice for our families, then so many more families just like us would have been saved. For all of these reasons and more, we deem Ryan disqualified from serving in Congress or any other position of public office that is supposed to represent the American people.

It is the duty of every American to put a stop these criminals, who have a care about protecting those who destroy and destroying those who they are to protect. Enough is enough!

Make an example of him

There is a true story told of Major Andre. He had been caught as a spy in our country, and there was undoubted proof that he was guilty. By the laws of war, he ought to be put to death. What he had done was intended to the ruin of the American cause and if such an act went unpunished, it would expose the army to surprise and destruction.

He should, in accordance with the law of nations, be put to death. On the other hand, there was his youth; his high attainments; his honorable connections; his brilliant hopes, all pleading that he might live, and that he might be pardoned.

In the heart of George Washington, the prompting of justice and mercy came into collision. Both could not be satisfied, and there seemed to be but one course of pursuit. His sense of justice was shown in the act by which he signed the death warrant. His feelings of compassion in the fact that when he did it, his eyes poured forth a flood of tears.

You see, Washington so loved his country that he knew if such an act went unpunished, it would only encourage the next person to do it as well, thus endangering the country. Justice had to be satisfied.

And yet the Dump is the same. Should we replace him too?

I agree. Right from the beginning, he seemed to follow suit. Business as usual.