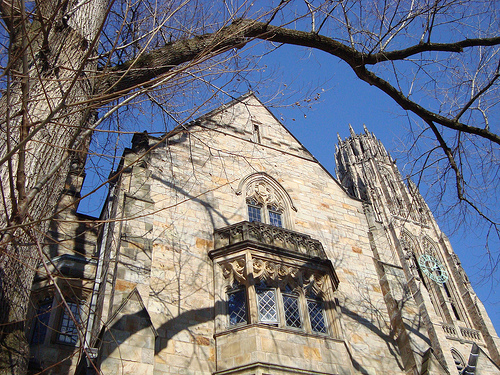 Yale, originally a College, has undergone profound change since the 18th century, as one may glean from this discussion on Wikipedia.

Its early presidents, e.g., Thomas Clap and Ezra Stiles, were both instrumental in developing the scientific curriculum at Yale. They also dealt with wars, student tumults, graffiti, “irrelevance” of curricula, desperate need for endowment, and fights with the Connecticut legislature. The original significance of Hebrew has evaporated. 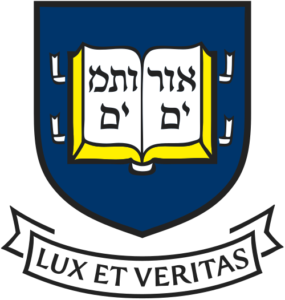 Serious American students of theology, particularly in New England, regarded Hebrew as a classical language, along with Greek and Latin, and essential for study of the Old Testament in the original words. The Reverend Ezra Stiles, president of the College from 1778 to 1795, brought with him his interest in the Hebrew language as a vehicle for studying ancient Biblical texts in their original language (as was common in other schools). He required all freshmen to study Hebrew. (In contrast, Harvard required only upperclassmen to study the language). Unsurprisingly, the Hebrew words Urim and Thummim appear on the Yale seal.

The Directed Studies program at Yale was founded for 125 first-year students as an interdisciplinary course encompassing great works of Western thought.

As the only college in Connecticut, Yale educated the sons of the elite. Offenses for which students were punished included card-playing, tavern-going, and acts of disobedience to college authorities.

The Yale Report of 1828 was a dogmatic defense of the Latin and Greek curriculum against critics who wanted more courses in modern languages, mathematics, and science. Unlike higher education in Europe, the United States had no national curriculum for colleges and universities. In the competition for students and financial support, college leaders strove to keep current with demands for innovation. At the same time, they realized that a significant portion of their students and prospective students demanded a classical background.

The Yale report meant Yale would not abandon the classics. At the same time, all institutions experimented with changes in the curriculum, often resulting in a dual track. In the decentralized environment of higher education in the United States, balancing change with tradition was a common challenge. This was because no one could afford to be completely modern or completely classical.

At the same time a group of professors at Yale and New Haven Congregationalist ministers articulated a conservative response to the changes brought about by the Victorian culture. They concentrated on “developing a whole man.” He would possess religious values sufficiently strong to resist temptations from within. Yet he would also be flexible enough to adjust to the ‘isms’ (professionalism, materialism, and individualism tempting him from without).

Today, the idea of developing a whole man has become meaningless. Indeed, the ascendancy of same-sex marriage has made the concept of man passé!☼

Related Topics:bibleclassical educationeducation
Up Next

When enemies of God agree