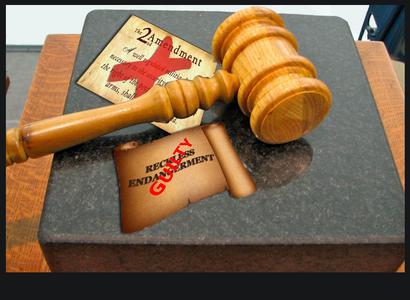 For years many people on both sides of the gun control issue have taken various positions on the need and extent for background checks as related to the ability to legally purchase firearms. No responsible person, even the staunchest supporter of the Second Amendment, wants to see criminals purchasing firearms. Hence, many in the past, including myself have acquiesced to the need for background checks. 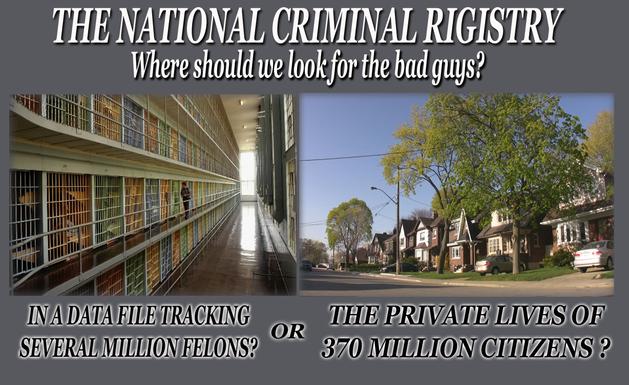 As usual with government employees and liberal bureaucrats, the background check system has become just another way to intrude on the privacy rights of law abiding citizens and is fraught with corruption, delays and other shenanigans.

For over a year now the SAPPA Group has been working on something that in its concept is so simple and so easily implemented it is difficult to believe it has not been created and implemented. That is until you understand that controlling criminal gun ownership is not now nor has it ever been the agenda of the left wing establishment. It’s people control that drives them, not gun control.

Our thinking was this: why investigate law-abiding citizens, subject them to intrusions into their personal lives when it’s criminals who should be tracked and checked? The government has the resources and the ability to keep detailed records of criminals and the criminally insane. Our proposed system will be vastly more effective in preventing sales of firearms to criminals and will keep government snoops out of our homes and our lives.

The SAPPA Group is proposing a simple, effective and relatively inexpensive solution which would make it nearly impossible for convicted felons and the dangerously insane to legally purchase firearms through licensed dealers or at gun shows. This, is it not, is the supposed purpose of background checks?

This proposal was formulated into a legislative act which would have, if adopted, solved the messy, over complicated and clearly ineffective background check systems now in use across the country. At the time we originally proposed this legislation, which we call the National Criminal Registry Act (NCRA), we were deeply involved with the still ongoing Federal lawsuit, Purpura v. Christie, et al.

We believe that now is the time to introduce this bill and try to get as much support from the people, legislators, congressmen and senators as possible. During the time that we first floated this concept we asked for critiques and suggestions as to what could be done to make our proposed legislation more effective while not infringing on the rights of law abiding citizens. We received plenty of ideas as well as a few complaints and warnings from many great Americans, such as members of gun clubs, that fantastic group of people at the NJ Gun Forum website and others from across the country.

As a result the original NCRA is now in the process of being revised and will incorporate the many great ideas and suggestions we received. When it is complete we will post it on the SAPPA pages of TPATH, and offer it to the Trump Administration and the newly formed Republican Second Amendment Caucus. We will ask help from our readers to assist us in getting this bill into Congress.

Here is a synopsis describing in as much detail as we feel is necessary to make sure that the many points covered will be understood. The Bill itself will be much more deeply detailed. Also, after reading this or the NCRA when we post it, please feel free to offer any views or ideas you might have, and if viable, we will do our best to incorporate them into the final Bill before we present it to Trump and the Congress.

Descriptive Summary and Exposition of the Proposed NCRA:

Those of us who have been active in fighting the left’s war against the Second Amendment know very well that their goal is not gun safety, people safety or secure neighborhoods. We know their goal is intimidation and people control. Nothing more, nothing less. While these progressives understand that there is a legal method for changing the Constitution they know full well that that process, relating to our Bill of Rights, would fail.

As a result they have been undermining the Second Amendment by engaging in unconstitutional legislation, judicial complicity and administrative enforcement. The SAPPA Group does not dwell in a dream world here. We anticipate that the left will not in any way support this legislation. Our efforts must be directed at conservatives and elected officials. Getting them on board will be our only path to enacting the NCRA.

In support of the remarks made above it is important that some data be given which has been garnered from the FBI website and various state and county court documents. We will not supply links and other additional material here because it will make this already long presentation even longer. But this information is indisputable and available with simple searches of the web.

Over 80% of gun crimes are plea bargained away if they were committed during the act of a more serious crime. In other words no penalty for breaking gun control laws.

Persons convicted of crimes committed using an illegal firearm are more likely to be paroled or released early than most crimes of the white collar nature.

More than 65% of criminals convicted of gun violence and released early are re-incarcerated within 18 months of their release. Many after seriously injuring or killing people.

This data serves as proof of the statement above which declares the left has little concern for the safety of society. Whether they would ever admit it to even themselves they probably think that the deaths caused by released criminals, if they occurred by use of a firearm, would aid them in their ultimate goal of disarming all the people. That is, except for themselves or their body guards. In other words they know the criminals can’t be disarmed but they can be used as the catalyst to initiate the disarming of law abiding citizens. It really is no more complicated than that.

On the legal side of gun ownership the percentage of legally owned firearms which are used to commit crimes is so minuscule that the percentage is almost too small to comprehend. Except for suicides, which technically are crimes, the percentage of legal firearms, used in crimes, has for the past 10 years been at about .007%. The liberals always include the suicide count in their statistics. Not difficult to understand why when you see the percentage without using that stat. So unless you are planning on a quick exit from this world, legal firearms harbor just about zero threat to you.

Creating a national data base

It is no secret that the Federal Government already maintains a national database where they try to keep track of criminals and criminal prosecutions and convictions. It would take very little effort and adaptation to morph that system into the National Criminal Registry and it could be done without interfering with the existing database.

This existing federal system is one avenue that is used to do background checks on individuals wanting to purchase a firearm. It was supposed to be “instantaneous” but since background checks do not end with that search, it is anything but instantaneous. Hours, days and sometimes weeks go by while awaiting some government employee to get to a complete the extensive and intrusive background check.

This ridiculous waste of time and resources is done in spite of and after the fact that the state in many cases, had already done this check prior to issuing a permit. There is a better way. It is called the NCRA which will effectively combine all criminal activity, convictions and adjudications into one, easily searched data base. One that will hold only the names of those who have lost their right to own or purchase a firearm.

The NCRA does not violate the privacy of a purchaser. It does not allow government snooping into our lives and prevents the misuse of information that potential gun buyers must at this time, provide. How simple is it? If your name is not in the NCR you are instantly permitted to purchase a firearm.

How will it work?

All Court systems in each state will setup an automatic program where the counties will be able to report felony convictions. (Most states already have such a system.) The state court system will be connected to the National Criminal Registry and every new entry or conviction will be automatically uploaded. There will be another category for individuals who have been adjudicated as dangerously insane. These names will also be automatically uploaded to the NCR.

Travesty of the United Nations

The simple fact is that unless a person is subject to Amendment 13 the person can keep and carry Arms regardless of whether they have been convicted of a in the past. The core problem is the failure to punishment real criminal behavior. If a person is sentenced to 5 years they should be serving 5 years. Parole was supposed to be reward for EXCELLENT behavior or some behavior that was above and beyond the expected. Once a person is no-longer subject to Amendment 13 their right to keep and carry Arms returns.

I agree with Donald. No gun control at all, survival of the fittest when it comes to guns. If more people in general had guns and knew how to properly use them, gun crimes would decrease.