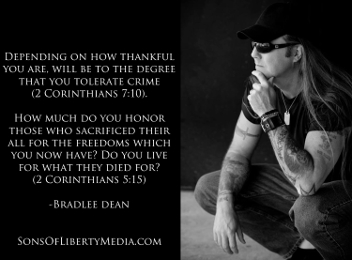 “A nation that kills its children in the womb has lost its soul.” That is what abortion is.

The bill passed the House 60-33 and the Senate 20-19. It would have given healthcare programs that don’t perform or promote abortion priority state funding over organizations that commit abortions.

Planned Parenthood’s non-abortion services are able to be billed through Medicaid, although pro-life advocates point out that this money is fungible and helps the abortion-centered organization operate.

Planned Parenthood tweeted that at the veto, McAuliffe said, “Discrimination breeds hatred and we will not tolerate that here in the commonwealth of Virginia.”

The question I have for all of America is, why do these representatives of the people in our Constitutional Republic (Article 4, Section 4 of the US Constitution) continuously get a pass when they support these organizations, which have no lawful standing in the sight of Heaven or America, when it comes to the murder of the innocent children? (Proverbs 6:17)

Americans know that there is nothing on this side of Jerusalem which can justify the murder of the innocent.

Why are these representatives getting a pass from the American people? They honor what I despise, namely, corruption.

Furthermore, why is this governor so adamant about supporting the likes of a known criminal organization like Planned Parenthood?

Maybe this will help shed some light on Governor Terry McAuliffe (Ephesians 5:11).

Did you know that he was under investigation concerning his campaign donations from people like the Clinton Criminal family?

This criminal is also receiving donations from an organization that is aimed at murdering children.

From the mare’s mouth

The most merciful thing that a large family does to one of its infant members is to kill it. –Founder of Planned Parenthood Margret Sanger

“It’s no secret that this bill is aimed at destroying Planned Parenthood,” said McAuliffe.

He added that such a law would make Virginia appear unwelcome to new businesses, reported The Virginian-Pilot: “We will not tolerate socially divisive issues that put walls up.”

The Virginia Bureau of Watchdog.org reported that Planned Parenthood contributed more than $1.7 million to McAuliffe’s gubernatorial campaign in 2013. Abortion industry lobbying organization NARAL donated $56,000 to his campaign, as well.

Showing mercy to the merciless

America, how do you show mercy to a people who show little to no regard when it comes to enforcing the law against the crime, which establishes justice? (Luke 12:2)

After all, justice does guard American liberty (Isaiah 51:4).

Why am I saying this? No matter how many times you bring things to the light, the American people, for the most part, act as if it is someone else’s responsibility to right the wrongs (Deuteronomy 4:1).

How many of our veterans fought, bled and died magnifying the law against tyrants that Americans are tolerating within? Remember,

A judge, because of his love for the law and society, shows mercy by pronouncing (Enforcing the law) sentence against (Judgment) them that violate law. Luke 11:42

America, you are the law (Under God)!

Depending on how thankful you are, will be to the degree that you tolerate crime (2 Corinthians 7:10). How much do you honor those who sacrificed their all for the freedoms which you now have? Do you live for what they died for? (2 Corinthians 5:15)

George and the dragon slayer