Hawaii’s District Court Judge Derrick K. Watson’s outrageous restraining order denying President Trump’s Executive Order is clearly an abuse of power and quite possibly a seditious act. All Federal Judges take an oath to defend the Constitution and the statutory laws of the United States. Ruling in defiance of both of those commitments, if done intentionally, can very easily be construed as warring against the United States of America. When one war’s against his own country there is a name for it. It’s called treason.

Where the President gets his authority

The law is clear, the President of the United States holds an unchallengeable authority under the confines of the Constitution and Federal Law (8 U.S. Code 1182-18 U.S.C. 1918 provides for penalties for violation of oath of office described in 5 U.S.C. 7311 which include (1) removal from office and; (2) confinement or a fine — It is a criminal offense see Executive Order 10450 — The oath of office protects all Americans against the seditious acts of hoodlums in black-robes ) to enforce a ban on immigration if he believes that the entry of any non-citizen or class of non-citizens could endanger Americans.

There is no restraint in the law that would prevent this action even if it may appear to be based upon religious beliefs. It very clearly states that that power lies with the President and only the President. There is not one word in the Constitution or the law referenced here, that provides for consideration by a Judge as to the President’s motives.

Therefore no black-robe-clad political hoodlum could possibly have “subject-matter jurisdiction” which would afford him the authority to issue a stay on any President’s Executive Order, relating to this matter. Any entertainment of that possibility could only be inspired by personal ideological desires. Those desires hold no claim on the legal system and very clearly would produce a violation of both one’s oath and our Constitution.

Violation of the Constitution 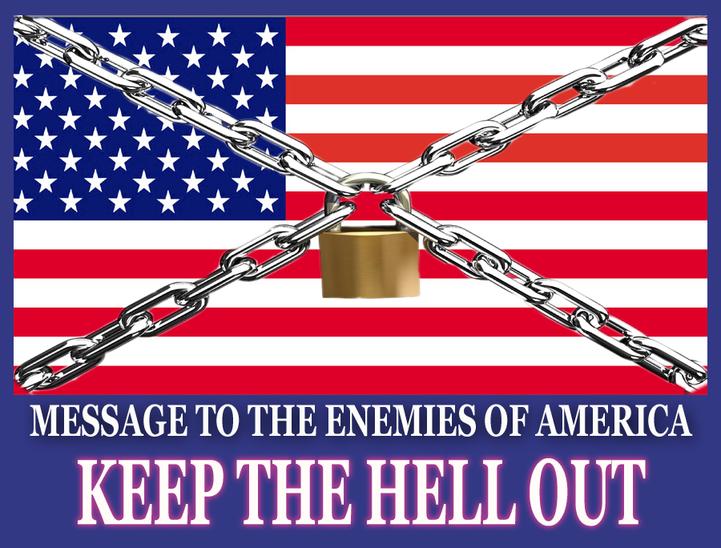 Even though most Americans probably are not aware, there is little doubt that this Judge is fully apprised of the statutory laws of the United States whereby any jurist who finds himself in violation of his “oath of office” and the Constitution, is committing a federal crime. If these edicts were violated intentionally and in a conspiracy to undermine the duly authorized and legal actions of this government, there resides additional crimes which would demand extreme consequences. It would be difficult for anyone to otherwise conclude that this judge could possibly have ignored this federal law and the Constitution if it were not done in alliance with a conspiracy.

The words Judge Watson used in his convoluted decision indicating that he believes the ban is callous and un-American, must be disregarded as the law does not preclude that instance, purpose or intent, even if it were true. This ideologue then further bared his leftist stripes when he declared the First Amendment of our Constitution covers the entire world. That would include almost 8 billion people. Here then is a question: Do you suppose the fact that our Constitution applies only to Americans is unknown to this red butted buffoon? Or is it more likely he simply could not care less, as long as he follows orders from Obama and the Deep State?

A uniform rule of naturalization

Article I, Section 8, of our Constitution provides Congress with the exclusive province of creating a uniform Rule of Naturalization. That’s Congress, not judges. The fact is, it is time, long past time, where Congress should consider halting all immigration. Our country and our culture needs time to meld and congeal. A ten-year halt would solve many problems and prevent further legislative actions being performed by rogue judges. This is a call to action. Congress needs to get this done, and soon.

Closing immigration to all will make it moot to concern ourselves with the information released by the Pew Research organization which revealed two-thirds of Middle Eastern Muslims believe that death is the appropriate penalty for any Muslim who converts to Christianity or the fact that 90% of all Muslims believe Sharia law should invalidate our Constitution. So, no one gets into America for ten years. No discrimination, no bleeding heart snowflakes harboring desires to protect those who might one day send them off to an early eternity.

If in ten years moderate Muslims have not taken control and scoured and then removed the fatally flawed passages in their holy book, those edicts which espouse death, suicide, the dehumanization of women and the call for Armageddon, there could and should be yet another ten year ban. If after several decades they have not wiped their Koran clean and nor have they succeeded in wiping themselves out, at least our cities and communities will have been spared the consequences of this religion of peace.

For those with short memories, was there not a ban on possible communist immigrants post WWII? Similarly, there was no outcry from the left when President Carter not only banned all Iranians and Shiite Muslims from entering the United States during the hostage crisis, he also ordered the FBI to re-evaluated those within our borders and deport them. It appears that even the worst President in US history, at least until Obama, didn’t get everything wrong.

Can anyone point to a single Muslim nation that resides void of terrorist cells? Can anyone identify any Muslim nation which allows the construction of Christian Churches, Jewish synagogues or Buddhists temples? Is there even one Muslim country which allows mass immigration of people not worshiping Islam and the Koran? People, it is time for all players to abide the same rules.

A complete halt to all immigration from every country in the world may not be the best thing for the world, but it sure would save the lives of many. This cannot be honestly denied. The life’s blood of our country is leaking away and is close to hemorrhaging. It may already be too late, but without the properly applied tourniquet, our country, our culture and our freedom, will surely bleed out.

So until and if this complete immigration ban is made law, every judge who illegally impedes or disrupts the government must be held accountable. Investigations, indictments and prosecutions must take place. Only then will these ideologues who fret over foreigners while demolishing America’s Constitution will begin to adhere to the law and their oaths. And remember, the charge of treason is reasonable and actionable.

The Eagle is back.

From the Constitution of the United States:

The Congress shall have power to declare the Punishment of Treason, but no Attainder of Treason shall work Corruption of Blood, or Forfeiture except during the Life of the Person attainted.

The President, Vice President and all civil Officers of the United States, shall be removed from Office on Impeachment for, and Conviction of, Treason, Bribery, or other high Crimes and Misdemeanors.