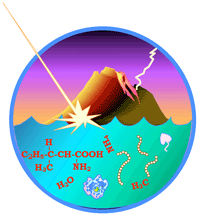 Yesterday Doctor (and Army Ranger veteran) Mark Green withdrew his nomination to be Secretary of the Army. He cited “false attacks” on his Christian beliefs, and saying the Army wouldn’t need the distraction of dealing with them. One can commend him for showing such consideration for the President. But he actually should defend those beliefs and ask whether the military can afford to exclude them.

The Washington Post says his past remarks “about Islam, evolution, and gender issues” caused the bad press. Frank Thorp of NBC sent out this tweet with an image of Mark Green’s press release:

Of course, his detractors, like Senator Charles M. Schumer (D-N.Y.), gloated at once:

Schumer on Mark Green: "He was the wrong choice to serve as Secretary, and should not have been nominated in the first place." pic.twitter.com/KM5AU7Lwkp

How odd. Most secularists prefer to say there is no God, so one should never pray. They call for paying straight taxes, not tax-deductible charity payments. (That’s right: charity, the progressives say, begins and ends with government.) And if progressives have a pilgrimage city, that city is Washington, DC, not Mecca. (Or maybe it’s New York City, and their kaabah stand-in is Turtle Bay—the United Nations compound.) That these people show any sympathy for teaching the shadow legal system above, defies logic.

Last fall, according to the Post, Mark Green said if you poll psychiatrists, they will tell you “transgender is a disease.” He also held himself out as a “light” to shine on a debate where darkness reigns.

Mark Green made one mistake here: he relied on a poll. Truth, moral or scientific, never depends on a poll. Nor does it depend on “striking a middle ground.” By the Law of Excluded Middle, when you clearly state a proposition, you have told truth—or falsehood.

And in human biology or relations, a person is male—or female. Mark Green properly rejects the notion of myriads of genders. Mark Green decided the Army doesn’t need the distraction of defending his earlier remarks. But the Army actually doesn’t need the distraction of risking sexual assaults breaking out in the latrines! Nor, for that matter, the Navy, the Marine Corps, or the Air Force.

The Washington Post gave short shrift to remarks by Mark Green on evolution. But the Cable News Network gave the evolution issue the widest play. They embedded this file of a guest message Mark Green gave at a Tennessee church on the subject of evolution:

When playing this file, the listener must first listen to five minutes of silly parody of Christians. Trust CNN to put that in. Next come several clips of person-on-the-street interviews: “Do you believe in evolution, or not?” Most subjects try to defy the Law of Excluded Middle (see above). They try to reconcile the Genesis Creation story with the Grand Evolutionary Paradigm. Try as they might, they cannot.

What is the Grand Evolutionary Paradigm?

For the record: the Grand Evolutionary Paradigm consists of:

The teeth of this trident routinely impale the faith of one not knowing the real secrets of the life sciences. But Mark Green knows those secrets. So the old arguments can’t fool him.

The debate according to CNN

CNN quoted (without a link) what looks like the policy of the National Academy of Scientists. They cite “many observations and confirming experiments.”

Scientists are confident that the basic components of the theory of evolution will not [fall before] new evidence.

Because the evidence supporting it is so strong, scientists no longer question whether biological evolution has occurred and [still occurs]. Instead, they investigate the mechanisms of evolution, how rapidly evolution can take place, and related questions.

Let’s look. What observations? What confirming experiments? CNN won’t say. The National Academy of Sciences can’t say. As Mark Green said in his lecture, no one has ever seen a new species arise in real time. Many who call themselves scientists claim a confirming experiment. Inevitably the claim falls before anything resembling a critical analysis. And no one investigates a mechanism of evolution. One can only guess at it. And not one scientist has ever found a way to test any such guess.

The CNN piece does quote from Green’s lecture. Mark Green admits that sometimes creationists, unable to explain where something came from, say “God made it that way.” That, he freely concedes, is an argument from faith, not science. But science has always recognized fundamental properties of nature that no scientist can explain. Every discipline must begin with terms one can’t define and propositions one can’t prove. Ask any geometer! An honest one will quickly cite the concepts point, line, and plane without trying to define them. He also will cite examples of assumptions one cannot prove. (Like the one about any two points determining a line.)

Green goes on to cite the faith argument of the evolutionist.

Well, I can’t explain how it went from this to incredibly complex, so it must have been billions of years.

This also explains why evolutionists try so hard to demonstrate those billions of years. The problem, which Mark Green did not miss, is that life cannot irreversibly become more complex. That would break the Second Law of Thermodynamics.

If you put a lawn mower out in your yard and a hundred years come back, it’s rusted and falling apart. You can’t put parts out there and a hundred years later it’s gonna come back together. That is a violation of a law of thermodynamics. A physical law that exists in the universe.

Mark Green then cites certain processes he knows human life requires. He knows this as a doctor. He specifically cites the incredibly complex system of blood clotting. For the record, those who study blood have identified at least ten “clotting factors.” If one of them is not present, blood cannot clot when it must. History brought one such clotting deficiency—classic hemophilia—to the public consciousness. That sad case, of course, involved Tsarevich Alexei, of the House of Romanov.

Evolution assumes a series of minuscule changes over time. Each change has to give a survival advantage to the organism. If it doesn’t, and it causes a disadvantage the organism dies and evolution ends.

And: if one part of a new system does not work properly, the organism gains no advantage.

The question is, did all of this happen by chance operating inside the laws of chemistry and physics? Or [will] this unbelievable engineering [force] the scientific mind…to look at it and make the observation, and conclusion, that it was created and not that it evolved? Again, remember time is not the hero of the plot. Time is the villain, because over time things break down, they don’t assemble themselves together.

Mark Green stated a clear proposition. Either life came together from non-life by chance, or Someone put it together. The Law of Excluded Middle allows no other choices. And the Law of Averages says life could not have come together by chance.

Abiogenesis is a null hypothesis. And its probability turns out to be less than minuscule. Therefore it cannot hold. That alone establishes creation.

Arguments Mark Green could have used

As strong an argument as Mark Green advanced, he missed a chance to make an even stronger one. To wit: the billions of years cannot have passed. Evolutionists routinely cite what they call “evidence” for an old Earth, for instance. They cite distributions of radioactive elements, the number and thickness of strata, and so on. But whenever they try to explain where these things came from, they fail. Radioactive elements, for instance, did not come from stars’ hearts. Nor did this solar system form from three colliding and accreting clouds of stardust.

But what about the distribution of radioactive elements? And if radioactive elements did not come from stars’ hearts, where did they come from? Walter T. Brown—an Army veteran himself, and a PhD engineer—has the answer. Radioactive elements formed in the highly energetic Earth’s crust during the most powerful earthquakes that ever took place. Those earthquakes—of magnitude 10 to 12—were part of the most violent event in the history of the Earth. That event, and only that event, deserves the name the Greeks gave it: cataclysm. Or in English: the Global Flood of Noah.

And Doctor—and former Colonel—Brown can give many more answers. Those strata the evolutionists always talk about? Flood silt. The famous fossils? How do fossils even form? They do not form from slow and gradual burial—so hyper-uniformitarianism fails very quickly. They form when something buries them suddenly under a crushing weight of mud. Which can only happen in a big flood. So the fossils are Flood casualties. (Humans did not fossilize. They tried to outrun the Flood waters, and simply drowned.)

So Mark Green did not have to withdraw his nomination. He could and should have boldly advanced his arguments before the Senate. He has better arguments than his detractors have. His arguments follow from logic, not puerile emotion. The Senate Armed Services Committee lost a chance to get a good Secretary of the Army. Mark Green would have applied good sense to the problems that came before him. His faith would have been an asset, not a liability, to the Army and the country.