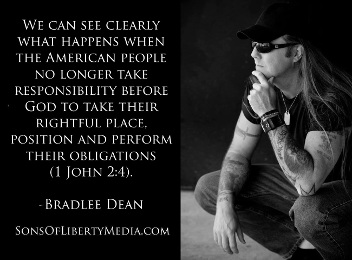 Americans do not act in a responsible manner

When you look at the quote from above, you would think that we were talking of a different country and about a different people. We can see clearly what happens when the American people no longer take responsibility. We are responsible before God to take our rightful place, position and perform their obligations (1 John 2:4).

When looking at America, the 4 day nation, 4 days later Americans have been diverted to another issue forgetting the 4 days before.

One only has to ask themselves, how it is that 325.36 million people in this country tolerate the crimes of less than 1.7 % of the corrupt population?

Before God, who is the guilty party, those who commit the crimes or those who tolerate the crimes? From God’s perspective, both!

America is now bearing the corrupt fruit of a nation that has forgotten God and is now clearly under His judgments (Deuteronomy 28:45).

All of this is occurring on the watch of those who live in the greatest nation on this side of Heaven, who once understood its mandate. America was not called the light of the world for nothing (Deuteronomy 4).

Hearken unto me, my people; and give ear unto me, O my nation: for a law shall proceed from me, and I will make my judgment to rest for a light of the people. -Isaiah 51:4

Once “We the people” get to the point of blaming ourselves instead of everyone else for what we are responsible to correct, then and only then, will we understand the reason we have been put on God’s green earth in the first place (Matthew 3:2).

Uranium, the Clintons, and secret dealing