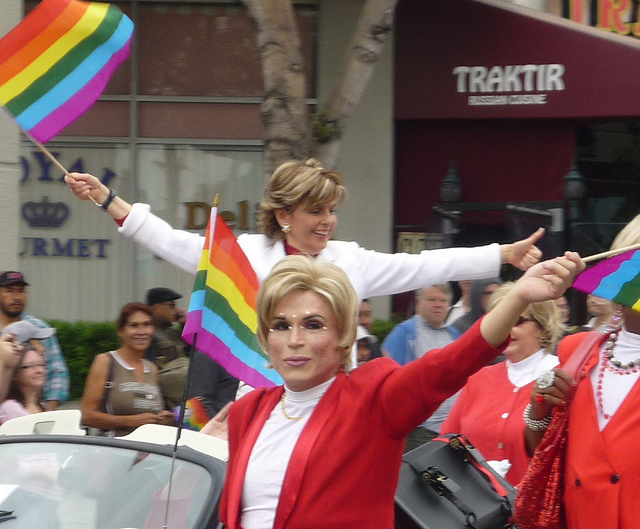 It’s become de rigeur for public figures and media personalities to repeat the tired mantra: Always believe the women. This refers, of course, to any accusation of sexual harassment, no matter how far in the past it took place and even if it was interpreted at the time as innocent flirting.

Leftists seized on the harassment lawsuits that took place at the Fox News Network last year, when Andrea Tantaros, Gretchen Carlson, and other broadcasters walked away with multimillion-dollar settlements after accusing the late chairman, Roger Ailes, and the host with through-the-roof ratings, Bill O’Reilly, of sexual harassment.

Seeing that their Russian-collusion fairy tale was going in the wrong direction—indeed pointing every day to massive collusion between Democrats and Russia—the by-now hysterical anti-Trumpers figured that the sexual-harassment gig was a sure-fire way to bring down their nemesis and rake in some big bucks at the same time.

But Republicans did not go unscathed. Judge Roy Moore, candidate for a senate seat in Alabama, whose accusers waited 40 years to come out of their victim closets, managed to spend those 40 years in public life, including running for office, without a single accusation being hurled in his direction.

What’s wrong with this picture?

For one thing—and it’s a big thing—all the people who say always believe the women are operating on the presumption of guilt! What happened to the constitutional right to the presumption of innocence, to innocent until proven guilty in a court of law?

Uh uh…not for the leftists who have spent the past fifty or more years crying “separation of church and state” to defend their loathing of Christianity, and “a woman’s right to choose” to defend their fetish for pre-birth infanticide. To them, ironically, the sanctity of the law stops, both figuratively and literally, when lawyer Gloria Allred enters the scene.

Can you always believe the women?

Two recent incidents reminded me why casting doubt on all these newly-minted victims is more right than wrong.

In the first instance, I was watching the TV show “Blue Bloods” in which Detective Danny Reagan was part of a jury deciding the fate of an accused murderer. From his seasoned tenure as an NYPD detective, Reagan doubted the charge, in spite of testimony that convinced most of the jury of the defendant’s guilt.

“But there was an eyewitness,” one juror reminded him, to which the detective turned his back and asked the juror what color his tie was. The best she could do was guess “red,” which turned out to be wrong. And the point was made: even if you’re directly facing a person, spending hour after hour with him, looking at his expression, his posture, his outfit, the report you give of his appearance is not always reliable. And that is under good circumstances and not in the chaos and adrenaline and frenetic nature of a crime scene.

The second thing I witnessed was the TV show “Judge Judy,” where not one but two people, in two separate cases, looked directly at a sitting judge and—wait for it—lied to her face! As it happens, Judge Judy worked for years in the New York City criminal courts and can spot a three-dollar bill a mile away.

She could teach a thing or two about vetting credibility to the sanctimonious arbiters of morality among us—including Ms. Allred, RINOs like Mitch McConnell, and just about every broadcaster on the fake-news shows of CNN, MSNBC, ABC, NBC, CBS.

The character of the complainants

Do any of them know about the characters, the moral fiber, the mental-health history, or the political activism of the moist-eyed damsels in distress who are now claiming victimhood? My bet is a categorical no, they don’t!

And yet they consider testimony from women who have never uttered a peep of objection before this recent outbreak of outrage and reports from four decades ago credible. Now that is incredible!1

Is every woman now claiming to be the victim of harassment lying? Probably not. You will always have schlubs like Harvey Weinstein, jealous of the cool guys and angry from years of rejection, who get some power and promptly abuse it by using women like so many throwaway rags.

You will always have predators like Bill Clinton who you can picture cackling to himself at just how much exploitation and abuse he could get away with.

And you will always have hypocrites like Matt Lauer, creepy crawlers like Kevin Spacey, phonies like Charlie Rose, and unfunny gropers like Al Franken whose treatment of females—in spite of their delusions about supporting women—speak volumes about their lack of both character and impulse control.

I mention these men particularly because they either admitted to the charges against them or were fired or stepped down as a result of their bosses seeing such persuasive and overwhelming proof of their excesses that there seemed to be no doubt of their guilt.

Hard to believe, isn’t it, that these men have mothers, grandmothers, sisters, wives, daughters? Clearly, that’s why some woman (probably) coined the word “ugh”!

A motive for false accusation

But in most cases, the presumption of guilt is dead wrong. As I wrote in a previous article, “Sexual Harassment—Puhleeze”:

If you didn’t have the character or courage or moral discernment to call a wrong a wrong when it was taking place, don’t expect sympathy years later when it appears that all you’re doing is jumping on a lynch-mentality bandwagon. [And] if you didn’t come out volubly and convincingly against the immoral predations of Bill Clinton and in support of the many women who claimed harassment and even rape during the ‘90s, don’t expect sympathy years later when your grievances all point to rabidly partisan politics.

That’s exactly what we’re witnessing today…a political witch hunt, the ultimate goal of which is to bring down the presidency of Donald J. Trump.

At this point, the nefarious Deep State is reeling at their abject failure to destroy their archenemy—the man who is systematically dismantling their labyrinthine network of secrecy and possibly sedition.

The fake-news media (and farcical talk shows like “The View”) have also utterly failed even to dent the chief executive’s buoyant enthusiasm and mountain of accomplishments.

And this latest and most transparent attempt to ensnare the POTUS in their latest gotcha game will fail as well.

But before this egregious epidemic goes further and the Democrats among us continue to spit on the Constitution they loathe, some grown-up should step forward and speak up for due process. If not, a lot of innocent men are going to pay a steep price and a lot of innocent women may be the next targets to be falsely accused.

1 Editor’s note: Gloria Allred and Beverly Nelson (who accused Roy Moore) have a direct credibility problem. The charge against Moore turned on a yearbook he allegedly signed with a salacious salutation. We now know Ms. Nelson forged part of his salutation in that yearbook. Gloria Allred gave us grounds to suspect fabrication when she refused to turn over the yearbook for forensic examination. If the Bar Association don’t disbar her, they will have their own credibility problem. And it will come down to what did counsel know, and when did she know it? Suddenly always believe the women takes on a new meaning.

To resign with a slap on the hand is not enough! Prosecution must commence.

How Can the Republic Survive Its Elected Leaders?