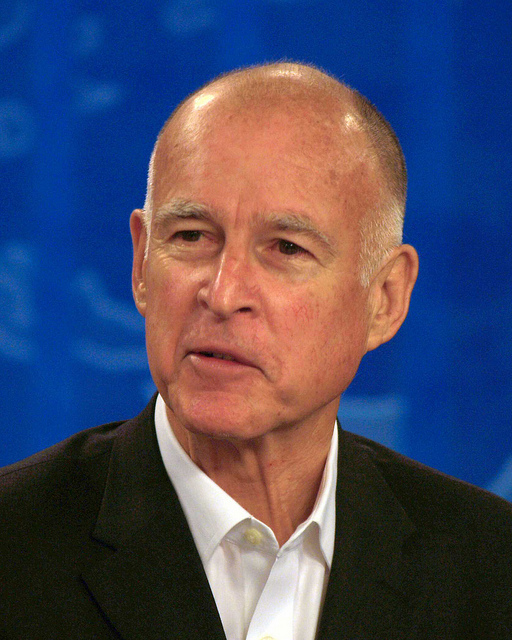 The Humanitarian Hoax is a deliberate and deceitful tactic of presenting a destructive policy as altruistic. The humanitarian huckster presents himself as a compassionate advocate when in fact he is the disguised enemy. The latest Humanitarian Hoax: not merely sanctuary cities but now a new sanctuary state.

Obama, the humanitarian huckster-in-chief, weakened the United States for eight years by persuading America to accept his crippling politically correct sanctuary city policies as altruistic when in fact they were designed to destabilize and destroy civil society. His legacy, a Leftist Democrat Party starring sycophant California Governor Jerry Brown, is the party of the Humanitarian Hoax attempting to destroy the capitalist infrastructure of American democracy and replace it with socialism. This is how it works.

A previous article, The Humanitarian Hoax of Sanctuary Cities: Killing America With Kindness discussed how the Left deliberately perverted the original mission of protecting innocent refugees to the protection of criminal aliens at the expense of public safety. In defiance of United States immigration laws sanctuary cities provide safe haven for criminal illegal aliens and establish a reprehensible two-tier system of justice that protects the illegals.

Why would any American patriot support such an anti-American policy?

The extremely anti-American motive for supporting sanctuary cities was introduced in another previous article, The Humanitarian Hoax of Community Organizing: Killing America With Kindness. This article detailed radical socialists Richard Cloward and Frances Piven’s strategy of using poverty as a weapon of destruction to destroy capitalism by overloading the government bureaucracy with unsustainable demands that push society into social chaos and economic collapse.

The two deceitfully destructive humanitarian hoaxes were married when California became a sanctuary state on January 1, 2018. Jerry Brown was the officiant. The married status of sanctuary state is an open invitation for illegals to come to California and exploit its generous welfare benefits, free medical services, free educational benefits, free or subsidized housing, free vocational training, and immunity from prosecution for crimes.

The law signed by Governor Jerry Brown bars local police from asking about immigration status and bars local police from participating in federal immigration enforcement procedures. This means that if an illegal alien gets arrested for rape or murder in Los Angeles County agents from Immigration and Customs Enforcement (ICE) are not allowed in the jail to question that person. LA Country will not share information with ICE or accept their detainers. ICE acting director Thomas Homan says, “In denying to detain criminals, sanctuary cities end up putting them back on the street where they will re-offend and prompt ICE agents to take the dangerous step of tracking them down.”

The extraordinary benefits awarded to illegal aliens cost the legal taxpaying residents of California money, jobs, medical services, and educational opportunities. The Federation for American Immigration Reform (FAIR) 2017 study lists the cost of illegal immigration to United States taxpayers as a staggering 116 billion dollars per year with the tax burden falling disproportionately on state and local taxpayers by a ratio of 2 to 1.

So, the hard-working legal taxpaying residents of California are subsidizing the illegal non-working immigrant population that has been invited to overwhelm the government bureaucracy with unsustainable demands designed to push society into social chaos and economic collapse. Sound familiar? It is the Cloward-Piven strategy on steroids promoted by Leftist political leaders who consider California too big to fail and assume there will be a federal bailout that will eventually collapse the nation’s economy if New York and Illinois follow California’s egregious example.

The Cloward-Piven/Brown strategy may have worked while Obama was in office or been the plan for legacy Hillary, but President Donald Trump is an American patriot and not about to participate in a federal bailout of the state of California that encourages even more unrestrained irresponsible spending and defiance of federal immigration laws. The Leftist Democrat Party is fomenting anarchy and social chaos by defying laws and establishing California as a sanctuary state. What is the motive?

One-world government was described in unapologetic detail 65 years ago by English aristocrat Lord Bertrand Russell in his stunning book The Impact of Science on Society. The capitalist infrastructure of American democracy is the single greatest existential threat to one-world government and President Donald Trump is America’s leader. The globalist elite and their Leftist lackeys are desperate to stop President Trump because his America-first policies have disrupted the advancement of one-world government.

America is being marched toward anarchy and social chaos with Obama’s ongoing anti-American “Resistance” movement and Jerry Brown’s illegitimate establishment of a sanctuary state. The United States of America has Constitutional elections for the peaceful transfer of presidential power and we have Constitutionally defined branches of government to balance those powers.

America is at a pivotal time in history when the decision must be made to either preserve our individual freedoms, liberty, and rule of law or surrender to radical socialist political bullies like Obama and Brown. Both are dangerous enemies of the state who arrogantly impose their Leftist ideology on America without regard to the Constitution. They foment divisiveness, disorder, turmoil, and lawlessness.

ICE Director Homan explains, “Sanctuary jurisdictions pose a threat to the American public by refusing to work with ICE and allowing egregious criminal offenders back into the community to put the lives of the public at risk.” Yet, sanctuary cities and sanctuary state are increasing exponentially in the United States and proudly supported by the Left and marketed as humanitarian and altruistic. Homan made it clear, “We gotta take [sanctuary cities] to court, and we gotta start charging some of these politicians with crimes. . . politicians who pushed sanctuary city legislation should be held ‘personally accountable’ for their actions.”

Jerry Brown’s Sanctuary State is not a humanitarian mission to protect innocent refugees – it is a humanitarian hoax designed to create social chaos, collapse the nation’s economy, deny the authority of the President, and nullify the Constitution of the United States of America. It is time to prosecute anyone who attempts to usurp the power of the Presidency and Congress with seditious plans to overthrow the government and defy Constitutional laws – including Obama and Brown.