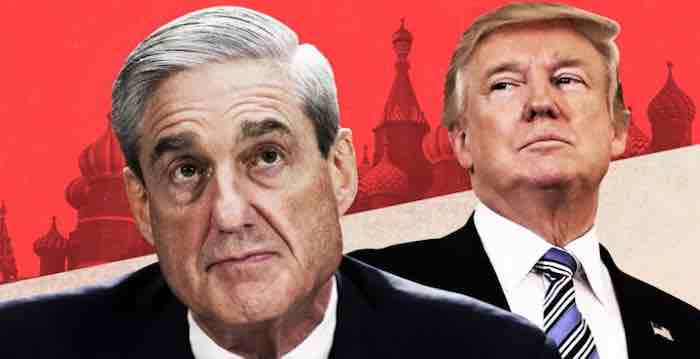 You will be asked and reminded a number of times as you read this to take in hand and swallow only the red pill,1 hypothetically speaking. And, as you do this, you must also agree that we are living at the precipice of the most historical and potentially volatile times in our nation, with full knowledge that senior members of the US federal government have been doggedly working 24/7 to prosecute President Donald J. Trump, for crimes they know full well that he did not commit.

You must also believe in your heart that a builder, named Donald J. Trump, came to us as an outsider, to be the one and only man for the job, and was elected POTUS for the sole purpose of saving the Constitutional Republic of the United States of America. And, at this late stage in these, the final battles, whether he came to lead us by Divine Intervention or he was convinced to do so by a group of high-ranking military officers, is immaterial. Although, one could easily equate the events unfolding in front of us as a spiritual battle between good and evil forces, it is Joseph Conrad who reminds us that, “The belief in the supernatural source of evil is not necessary, men [and women] alone are quite capable of every wickedness.”

Many are saying, Sessions Must Go! And in a quote from a recent article: “During the last ten months [AG Jeff Sessions] the Chief Law Enforcement Officer of the U.S. Federal Government has been AWOL….The best he can do now for the country, and the justice system he claims to love – to mitigate the divisive damage that has already been done to America – is go home to Alabama and plant a garden.”

This reply to the above quote is in no way made in disagreement with the obvious frustrations we all share, which was recently posted by fellow CFP writer Lee Cary entitled: “Trump Should Fire AG Sessions.” But, I myself would rather be asking what if? What if there actually is a Plan? What if, when the final report by IG Michael Horowitz is made public, Session’s Silver Hammer comes down upon their heads. What if US Attorney John Huber, who has been busy the past six or more months building a parallel investigation to present a long list of criminal indictments? What if QAnon is the truth who keeps telling us to, “Trust Sessions” and “Believe in the Plan”?

A cabal of corrupt FBI Agents began a faux-investigation

Memo to Special Counsel Robert Mueller: A sitting President cannot be indicted. Period! But, that fact would never deter the complicit mainstream media, as they continue to ignore the true scandal that is taking place right in front of all of us. Their so-called Russian collusion investigation has become nothing more than a political coup for all the world to see, that the greatest crimes in America’s history are being perpetrated against the We The People by our own federal government.

Red pill alert! The Osama Obama administration has been weaponizing our intelligence agencies, using the CIA and FBI to place human assets, now verified to be the intelligence informant Stefan Halper, to spy on an opposition candidate. Someone within the CIA or FBI must have been an avid Rolling Stone’s fan when they gave their clandestine operation the code name ‘Crossfire Hurricane’ (from their song Jumpin’ Jack Flash). The Deep State of Obama hold-overs have used then, and continue to this very day, their political power, coercion of underlings and corrupt deal-making to destroy the presidency of their enemy, Donald Trump. The interference in the election process, and the ongoing blocking, stalling, and interfering into President Trump’s MAGA agenda, the likes of which have never been seen in our lifetime.

A cabal of corrupt FBI Agents began a faux-investigation, they inserted a spy inside his campaign, they created a fictitious dossier, paid for by HRC through the DNC, to the FISA Court to obtain illegal warrants. What have we become? How did we allow this to happen? How will we fix it? Although, we believe that AG Sessions will soon be very busy managing the Huber indictments, Sessions is not the person to handle the fix, but his boss is.

We need the ultimate power of President Donald Trump to appoint a special commission to investigate and make recommendations to root out all the evil ones and fix the broken FBI. The same goes for fixing the broken CIA. And, fixing the totally ineffective DOJ. Fix the NSA and all our Intelligence Agencies. We cannot allow these federal government employees, acting in concert like an organized crime syndicate to do what they have done to another President of the United States. We need accountability of everyone involved, up to and including HRC, Obama, Soros and many other co-conspirators, both the corporate moneymen from inside the United States and the European, Chinese or Russian oligarchs from outside our country. Everyone who paid money or who was in any way an active participant in the coup to remove the POTUS. The list is long.

Keep in mind that there is nothing worse than a traitor, especially an American to whom we have otherwise given our trust, one who has sold out his own country for personal gains, along with their nearly inescapable hatred for the POTUS which has manifested itself, to what is now being called a Trump Derangement Syndrome (TDS).

Let your enemy destroy himself

It seems as if the delirious Democrats traitors and, of course, more than a handful of repulsive Republicans traitors, are like trapped rats in a corner as their Russian collusion/impeachment plans unravel right before their very eyes. They have now drifted too far to the left to make any course corrections, with their obvious blind hatred and total investment in their TDS, which is fine for us, because when your enemy is busy destroying themselves, give them plenty of room, and for God’s sake don’t make any attempts at stopping them, as their main focus today is to control the severity of their individual exposure.

But, we are impatient. We have waited long enough! When will their exposure be known? Soon! Very soon! And, you can take my words to the bank. No, really you can actually place bets on them, as Vegas is now making odds on who will be indicted and when. Place your bets here! Who’s next? Place your bets!

An interesting betting sidebar is going on in horse racing’s Triple Crown, which some might see as an omen, where a horse named Justify has now won both the Kentucky Derby and the Preakness. What? You wanted the horse’s name to be Lockherup?

Speaking of Justify and the unique names given to race horses, we present to you our final Red Pill Alert: When the unique-names on the list of criminal indictments is made known, the names of Hillary Rodham Clinton and Barack Hussein Obama (or if his real name is required, Barry Soetoro) are not on-the-list, we will all scream and pound our fists that this entire OIG/Huber investigation has been nothing more than kabuki theater. But, be assured their names will be on it. Trust the plan.

My suggestion is that the truth is at hand and cautiously ask that you prepare to brace yourself, or yourselves, in the case of family or group of likeminded people, brace yourselves for the impact. Or, as Q(+) might say, Buckle Up! Now comes the pain!

This article originally appeared at the Canada Free Press.

What is a Jew?

Trump and the Iran Deal