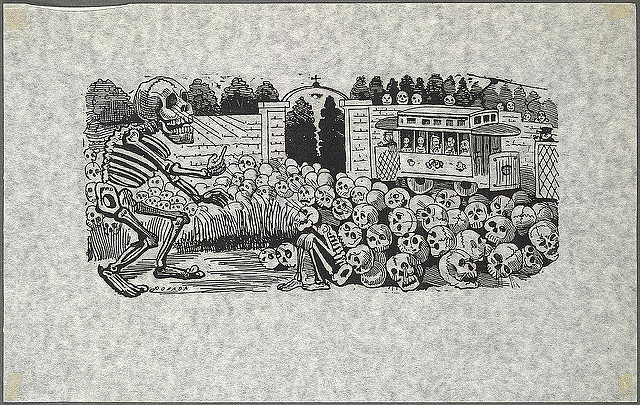 Hello, this is Darrell Castle. Today I will be talking about a gang, or army if you prefer, of about 50,000 members now thought to be operating out of 42 U.S. states. ,The army is known as MS-13 and its chief and most profitable “commodity” is teenage girls. Trafficking teenage girls is apparently overhead free except for the drugs and alcohol, which are also trafficked but used primarily to keep the girls under control.

The motto and emmo of MS-13

The motto of MS-13 is “Kill. Rape. Control.” They specialize in bloody machete attacks and hacking their victims into pieces. They also engage in kidnappings and home invasions but murder by ripping apart bodies is their stock-in-trade. With such a motto as “Kill, Rape, Control”, why would they be given any consideration or respect, or even membership in the human race? Unfortunately there are those here in the US who do speak well of them, or at least refuse criticism. That seems to be not because this gang is worthy but because the President of the U.S. is very critical of them.

This army has finally been recognized by U.S. media and brought to the front pages, not because media types are outraged because MS-13 has been running amok in the U.S. kidnapping and chopping up kids, but because President Trump, in a meeting with California immigration people, referred to them as “animals.”

We wouldn’t want to hurt the feelings of any members of the most vicious gangs on earth would we?

“However repugnant their actions, MS-13 gang members are human beings,” said the tweet of John Harwood of CNBC.

What President Trump actually said was “You wouldn’t believe how bad these people are. These aren’t people, these are animals, and we’re taking them out of the country at a level and at a rate that’s never happened before.” It’s hard to see how any sane, rational person could have a problem with taking them out of the country so the “animals” remark must be the controversial part.

House minority leader Nancy Pelosi (D-Calif.), called his comments a new low claiming that he was referring to immigrants in general. President Trump basically made fun of her in a later speech saying that she “came out in favor of MS-13 after the media claimed his description of the gang as animals was racist”. So that’s the point of our discussion today; when is it okay to call a group of violent, murderous thugs animals? Is it more important to protect the sensibilities of MS-13 members than it is to warn the nation of their growing numbers and willingness to commit vicious murders to protect their business of kidnapping and enslaving young girls?

This is a fascinating controversy because it is so vitally important, and because it calls into question whether or not the two sides of America can ever be reconciled. The chasm that separates us is indeed deep and growing. Perhaps we have reached the point of irreconcilable differences as the divorce lawyers call it. Let’s look at a few more comments from the two sides: from President Trump, “She wants them to be treated with respect, as do other Democrats. That’s not going to be happening. We’re not going to release violent criminals into our country.”

Nancy Pelosi: “These aren’t people, these are animals,” she said, quoting the president, and then continuing, “You have to wonder, does he not believe in the spark of divinity-the dignity and worth of every person? These are not people; these are animals, the president of the United States.” She continues, “Every day that you think that you’ve seen it all, along comes another manifestation of why their policies are so inhumane and why we have to continue the debate,” finally adding, “Calling people animals is not a good thing.”

In response to the media purposefully taking the President’s “animals” comment out of context and suggesting he was referring to all immigrants, the White House issued a press release entitled, “What you need to know about the violent animals of MS-13.” The Southern Poverty Law Center called it unacceptable for such racist, dehumanizing language to appear on the White House website.

What does “human” mean?

Let me give you just one more example, this one from Washington Post columnist E.J. Dionne.

It’s never right to call other human beings animals. It’s not something we should even have to debate. No matter how bad the behavior of a given individual or group, no matter how much legitimate anger that genuinely evil actions might inspire, dehumanizing others always leads us down a dangerous path.

The argument breaks down not over the vicious murderers and what should be done about them, but over how they were described. Mr. Dionne’s comments are silly and ridiculous. Obviously we are biologically all human and the President understands that. But unlike Mr. Dionne, the President also seems to understand that those technically human but who behave in inhuman ways must be called out and held to account. I personally admire his indignation and anger both at MS-13 and at those who defend them. They defend them, I suspect, because the president doesn’t defend them and he must be opposed on everything, no matter how simple the argument is.

Does “human” have any moral implications? Does the committing of inhuman acts of barbarism entitle other, more humane people to refer to them as “animals” or as less than human? Does the word “inhumane” have any meaning, and if it does, could that meaning be less than human or one who has forfeited the right to be considered human?

When humans descend to the animal level

We humans are created in the image of God but what happens after that? We humans like to believe that we are above the animals and somehow separated from them. We have cognitive thoughts, and self awareness. On the other hand, animals do not ordinarily kill for pleasure or to make a point with their fellow animals as does the members of MS-13. If a man eating tiger escaped from captivity and started killing and eating people, would we hunt down the tiger and exterminate it? Yes I’m sure we would although some people would undoubtedly defend the tiger.

This argument has been greatly disturbing to me because it seems that we have reached a low point in civilization. There are people among us, apparently many people, who cannot discern even the most obvious examples of right and wrong. We can’t find anything troubling, let alone embarrassing about defending one of the most vicious groups of people on earth.

How to defend against MS-13

How then should we defend ourselves? Should we be so sensitive to a charge of racism that we are handicapped and unable to defend the public from armies of predators? Are we so completely sold out to multiculturalism and diversity that we can’t stop people with tattoos all over their faces from crossing the border when we know with absolute certainty that facial tattoos is an MS-13 identification mark?

It is so obvious that members of MS-13 should be hunted down and removed from the midst of civilized people that the argument about the President’s words says to me that we can no longer agree on anything. We have indeed reached the point of irreconcilable differences. This is not an argument about race, gender or ethnicity, and it is an argument about an army among us of 50’000 whose motto is kill, rape, control.

Sometimes in politics people find themselves defending something they wouldn’t think of defending otherwise but the fact that we can no longer discern the difference indicates that we are slipping into moral darkness. There is a sickness at the heart of all this that indicates to me that we have lost our way.

Once our moral compass was removed from us through generations of education, what would be our guide? Apparently nothing.

Funding the wall – directly or indirectly

What is Deterring the Next School Shooter from Acting Out in a Society that Shows More Mercy on the Criminal than the Victims?