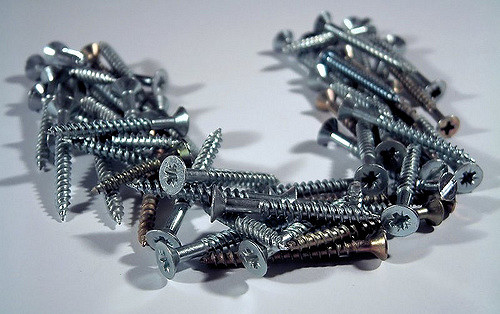 Last week your editor gave details on a radical proposal from Tennessee. Rep. Diane Black (R-Tenn.) proposed funding the wall President Donald J. Trump proposes to build, through private donations. Yesterday she reiterated the need for a law to set up a special crowdfunding account.

People are already giving of their own free will to build the wall. (The problem: today such gifts go to the general fund, which Congress can appropriate as it wishes.) But one detractor contacted CNAV directly to ask: didn’t President Trump say Mexico would pay for the wall?

President Trump on funding the wall

During the 2016 Presidential election campaign, then-Candidate Trump did say that. References to his having say that, and saying it as President, abound.

Nor has President Trump reneged on his promise to press this issue.

He gives details here. Briefly: 31 CFR 130.120-121 holds the “Know Your Customer” regulations that govern money transfers. The “Know Your Customer” regs derive their authority from Section 326 of the USA-PATRIOT Act. That section mandates that banks, credit unions, and the like ask for proper identification before opening accounts or moving money. But Western Union and other money transfer companies do not come under Section 326. Trump proposes to bring them under that Section. He also proposes that no alien wire money out of the country without first showing he has the right to be in the country.

¡Ay caramba! Or as Desi Arnaz Sr. used to cry, ¡Ay, ay, ay, ay, ay! Suddenly $24 billion in annual remittances to Mexico just stop! Without those remittances, Mexican people starve. As Broderick Crawford once said, that’s a fact! That’s a blasphemous fact! Within two days, says Trump, the Mexican government would be ready to pay $5-10 billion to make sure that rule does not take force or effect!

Trump proposes other ways, including:

All these things fall under the heading of leverage. This President understands leverage better than has any of his predecessors. One can read about it in The Art of the Deal by Trump, or in Winning Through Intimidation and Looking Out for Number One by Robert J. Ringer. To paraphrase Ringer: one does not learn about leverage at the John F. Kennedy School of Government at Harvard U. One learns about it at Screw U.!

But let’s lay that aside, and consider a few more “blasphemous facts” about immigration from Mexico. Most such immigrants have no marketable skills. So they come to America and:

All these “social services” cost money. Add to it the losses from crime, especially by that pack of human wolves who call themselves MS-13. Those losses mount up.

The border wall would stop those losses. Thus it would pay for itself, perhaps within the first year of its standing. Thus the wall has an indirect funding mechanism: pay now, save later.

But how can one say Mexico would pay for the wall in this sense? Simple. A large portion of the $24 billion in remittances would stop. They would not resume unless and until those sending them, “got legal.” Suppose, then, that all the former illegal immigrants somehow found pathways to lawful residency, if not citizenship. The money from the cessation of remittances in a single year would more than fund the wall. The criminal costs would cease. The “welfare” costs might also cease, or at least scale back drastically.

Except for the criminal costs, these represent funds Mexico would lose. Thus Donald Trump’s vaunt that Mexico would pay for the wall, would prove true. Indirect funding still qualifies as funding. Money is, after all, fungible.

So Donald Trump did in fact speak realistically about funding the wall through a Mexican payment, direct or indirect. Most of those who voted for him in 2016, understood the indirect funding mechanism. They didn’t know the direct mechanism as well. But that makes sense. Bush the Younger should have implemented that when he asked for and got the USA-PATRIOT Act. (One wouldn’t expect Obama to implement it. Those illegal immigrants make part of the voting base of the Democratic Party, especially in California and Texas.) Donald Trump could and should implement this now, even while supporting Rep. Black’s crowdfunding bill.