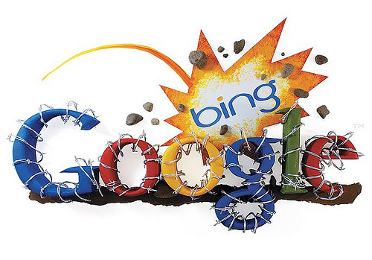 The Humanitarian Hoax is a deliberate and deceitful tactic of presenting a destructive policy as altruistic. The humanitarian huckster presents himself as a compassionate advocate when in fact he is the disguised enemy. Herewith the latest such hoax: Google Chromebooks.

Convenience as a snare

Convenience is prioritized in 21st century life. Electronic devices that communicate with each other are marketed with the flattering descriptor “Smart” devices. Futuristic Smart Homes feature everything Smart from appliances, lighting, heating, air conditioning, TVs, computers, entertainment audio & video systems, security, and camera systems that can communicate with each other and be operated remotely from any location in the world by phone or Internet.

So, how smart is it to have a Smart Home? That depends upon how much you value your privacy and how smart you think it is to allow your metadata to be collected and possibly sold to a third party. Just in case you are wondering whether or not the convenient devices you’ve plugged in are collecting data on you – they are. Kashmir Hill and Surya Mattu reported on an experiment they did in a 2.8.2018 article for Gizmodo titled “The House That Spied on Me.”

Their conclusion is extremely disturbing:

Overall, my takeaway is that the smart home is going to create a new stream of information about our daily lives that will be used to further profile and target us. The number of devices alone that are detected chattering away will be used to determine our socioeconomic status. Our homes could become like internet browsers, with unique digital fingerprints, that will be mined for profit just like our daily Web surfing is. If you have a smart home, it’s open house on your data.

What our experiment told us is that all the connected devices constantly phone home to their manufacturers. You won’t be aware these conversations are happening unless you’re technically savvy and monitoring your router like we did. And even if you are, because the conversations are usually encrypted, you won’t be able to see what your belongings are saying. When you buy a smart device, it doesn’t just belong to you; you share custody with the company that made it.

That’s not just a privacy concern. It also means that those companies can change the product you bought after you buy it. So your smart speaker can suddenly become the hub of a social network, and your fancy smart scale can have one of its key features taken away in a firmware update.

What do Smart Homes have to do with the “convenience” of Google Chromebooks?

Chromebooks use Google’s Chrome based operating system to run apps so they are faster and less expensive than traditional laptops that use hard drives. Chromebooks store documents in the cloud, they can be shared among students, and school administrators have an online dashboard that can manage thousands of laptops remotely at once. The benefits of Google Chromebooks and Apps for Education are advertised as convenient “innovative technology that enhance teaching and increase student engagement by bringing the power of the web to the classroom.”

Google’s Chromebooks are replacing textbooks in the classroom across America. So, let’s examine how smart it is to use a “smart” 21st century Chromebook.

In a dismissive statement describing traditional teaching methods Google Education Team member Cassi Caputo said this, “We are no longer limited to learning by solely listening to a lecture or reading a book. All students do not learn the same way, and we now have the resources to accommodate different types of learners.” What Ms Caputo fails to mention is that Google Apps for Education are extremely manipulative and are politically biased toward the radical left.

A 7.7.18 YouTube video of David Knight interviewing an anonymous high school teacher from Georgia is particularly chilling. The interview begins at approximately 14:00 on the video timeline and exposes what Ms Caputo is concealing. The resources Ms Caputo praised include an Orwellian system of grouping. Students are categorized according to their intellectual abilities – high flyers, average students, and low performers. Google’s “personalized” curricula covertly guides the high flyers toward leadership positions with intensely political anti-American pro-communist content. High flyer exams include questions on gay marriage, wearing the hijab, and the gender wage gap. Customized content for average students guide them toward skilled labor career pathways of welding, plumbing, and agriculture. Low performers are steered into computer programs where they earn meaningless degrees by taking tests repeatedly until they pass – they will become manual laborers.

Google provides a curated one-world curriculum preloaded onto its Chromebooks. Consistent with the United Nation’s Agenda 21 goals of one-world, one language, one culture, one flag, Google Chromebook facilitates one-world education that strives to create world citizens ready for the sustainable New World Order.

What this means is that our children and grandchildren are being propagandized without parental consent away from the traditional American values of individualism, national sovereignty, patriotism, and the merit system. They are being taught to embrace collectivism, dependence, and a new world order of a globalized world that values one flag, one language, one culture, and one-world government. America’s children are being taught WHAT to think not HOW to think. They are being pressured toward group think rather than independent thought. The educational focus on collaborative learning rather than independent achievement is a mask for globalized group think.

Tobacco companies advertised their products with beautiful images of sophisticated men and women smoking cigarettes – not pictures of lung cancer. It took decades for the public to become aware of the health risks of cigarettes well known to tobacco manufacturers. Today Google products are advertised with pictures of smiling children in classrooms around the world gazing happily at their Chromebook screens – not pictures of enslaved children mindlessly reciting the same words in robotic synchrony.

Lest you think that these observations are wild conspiracy theories please remember that over the past decades the United Nations and world leaders have unapologetically affirmed the need to transform the existing world order and create a top-down, deliberate, and restricted society that rejects national sovereignty, individual liberty, Judeo-Christian values, and Western traditions. These are the foundational principles of Agenda 21 that are indoctrinating our children.

Congress never approved Agenda 21, although Presidents Obama, Clinton and George H.W. Bush have all signed Executive Orders implementing it. 178 other world leaders agreed to it in 1992 at the Rio Summit.

Google’s 21st century Chromebooks are propaganda boxes disguised as legitimate education. Parents unwittingly enter into a shared custody arrangement with Google when their school districts buy Google Chromebooks. Parents need to know that their children are being inculcated with radical leftist political correctness, moral relativity, and historical revisionism. Chromebook ”facts” can be altered with the stroke of an administrative keypad obliterating historical accuracy – just like the “smart” devices plugged in at your home.

Curriculum content is the single greatest indoctrination force in education and it has been weaponized to serve the radical leftist culture war against America. The educational initiative against America began decades ago. A 1999 book titled The Deliberate Dumbing Down of America: A Chronological Paper Trail written by Charlotte Thomson Iserbyt records the deliberate effort by American social engineers to destroy the intellect of American children for the purpose of leading America into a socialist world government. The program teaches students WHAT to think not HOW to think. Google’s Chromebook is its current delivery system.

Just as Smart Homes are marketed “for your convenience” without exposing the manufacturers’ ulterior motive of data mining, so it is with Google products. Chromebooks and Apps for Education are marketed for your convenience without exposing Google’s ulterior motive of indoctrinating your sons and daughters with lessons designed to mold them into citizens of the world and subjects of planetary governance. When the dangers of smoking were finally exposed, the public could make informed decisions and choose between marketing images of beautiful people smoking and medical pictures of lung cancer.

Educational curricula will determine our children’s future and the future of our nation. Apathy is not an option. Parents must become informed proactive soldiers combatting Google’s sinister social engineering. If not, one more generation of Google’s weaponized Chromebooks will fundamentally transform American children from future citizens of a free sovereign America into subjects of a New World Order ruled by the globalist elite. The culture war against American sovereignty will be won at the ballot box if propagandized students turn 18 and vote their indoctrinated consciences – no bullets required. The Humanitarian Hoax of “Convenient” Google Chromebooks will have successfully shattered the American ideals of national sovereignty and individual liberty. Cancer kills.

[…] – Educational indoctrination provided by propagandized textbooks, delivered through Google’s Chromebooks, and augmented with curated globalist Google searches on the […]