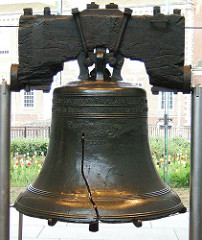 Hello, this is Darrell Castle. On today’s Castle Report, I will be talking about English activist Tommy Robinson. He was arrested on May 25, 2018, placed in a police van, driven to jail, and within four hours had been sentenced to 13 months in prison. Tommy’s crime was called “disturbing the peace” because he was filming on his cell phone the Muslims accused of the rape of thousands of young English girls. In other words, Tommy is in jail for what we in America once referred to as “free speech.”

Setting up Tommy Robinson for murder in prison?

Tommy Robinson is well known among Muslims in England and English jails have a very high population of Muslims. Chances of his survival for 13 months are slim. Another Englishman was recently given a similar sentence for placing a bacon sandwich outside a Mosque, which of course is a hate crime in England. That gentleman was murdered in jail within a few days. Tommy’s murder would be very convenient for the English government, which for 30 years has refused to do anything, not even to look at Muslim immigrants as the criminal rapists of thousands of English girls. The government is very quick, however, to imprison anyone who opposes its efforts to protect rapists from exposure.

When the danger to Tommy Robinson from Muslims in prison was explained to the judge who sentenced him without notice or proper trial, the judge, according to observers in the courtroom, said he knew what he was getting himself into. So Tommy has done nothing wrong except to oppose the state in its efforts to Islamicize England, and he was vocal about it, so he had to be silenced, perhaps permanently. This judge’s attitude is typical of one who assumes that since he is part of the tyranny, he is untouchable and immune from consequences. People who allow the judge’s attitude to permeate their system of justice are no longer free and have accepted their chains.

This matter is no longer about Tommy Robinson, and it hasn’t been since the moment he was arrested. That is, it is not about Tommy the man and whether you agree with him or not. Tommy himself is no longer the point. He has become a symbol for every Englishman who wants to live in a country where ancient traditions of law are upheld to protect all, even English children. Law governs the rights of free men and where there is no law, tyranny reigns supreme. The law has been king in England since the Magna Charta was adopted in 1215 but perhaps it is now in mortal danger.

Those who now rule England have locked Tommy away to face imprisonment or even death without a proper trial or the right to prepare a defense. They have crossed a line that perhaps will awaken the ordinary Englishman to the reality of 30 years of crimes against the English people.

And elsewhere in Europe…

This is happening across Europe now, not just in England. Under the banner of de-Nazification, Germany surrenders to the invaders, as does France. The police are losing control in France, and with self-hatred and guilt dragging them down, the people are hamstrung in their efforts to stop it. The mayor of Toulon, Hubert Falco, has asked for police reinforcements after a “worrying outbreak of violence” in his city. Falco asked for national police backup after an escalating number of gang related shootings. The mayor said, “I am not politicizing the issue, which is too serious to do so. We have the same problems as Marseilles and Nice”. I will add that Marseilles is 40% Muslim.

The governments of Europe are not bothered at all by Muslim rape gangs but the one thing they do fear is Islamophobia. That is a propaganda term designed to intimidate people into becoming afraid to oppose jihad mass murder and mass rape. In the early days of National Socialist Germany, Brownshirts, i.e. Stormtroopers, organized campaigns against Jews, Gypsies, homosexuals, and unwanted professors at the universities. They used local newspapers and staged mass disruptions of lectures and speeches. To express any dissent from Nazi propaganda became a matter of imprisonment or even death.

The idea of people of opposing viewpoints airing their opposing views in a civil and respectful manner was gone from once civil and educated Germany. You were either a Nazi or you were silent and afraid. The same condition exists in a less dramatic fashion, at least for now, in England and even the United States. Tommy Robinson had the audacity to dissent and he would not remain silent so he was imprisoned and his life put in danger.

Here in America now, very little dissent from the orthodoxy of multiculturalism is tolerated. Professors are not only shut down but they can’t even find jobs if they dissent. Being hired as a professor, no matter what your qualifications, and opposing multiculturalism is unthinkable in America today. Opposing viewpoints are not allowed on campus, not by professors or students.

This is all designed to send us a message. The modern day Brownshirts have targeted, and are destroying, the life of Tommy Robinson so that we will get their message loud and clear. This is much bigger than Tommy, but he is the message nevertheless. The message is, our agenda is destroying your country, your traditions, your civilization, your freedom, and especially your family and their futures, but if you dissent from it , if you dare oppose jihadist terror, if you dare stand for the rights of free people against Sharia and Islamic oppression, you will be destroyed.

Their refusal to allow any dissent reminds one of history, the history of the regimes of Stalin and Hitler. All those deemed to be racist or Islamophobic must be silenced for those are the worst crimes in our society today, apparently worse to our new commissars than even murder and rape. In England, the weapon to punish dissent from the State’s opinion is imprisonment and possibly death, but here in America it is still what Hillary Clinton recommended, peer-pressure and shaming.

They will silence Tommy Robinson one way or another, just as here in America many have been shamed and intimidated into silence by fear of social media exposure, job loss, etc.. If shaming doesn’t work fast enough, then Antifa will use violence and the threat of it to intimidate all those they refer to as “Nazis” into compliance. They are absolutely sure they have a perfect right, and even duty, to intimidate and ruin the lives of those they oppose. They are after all on the side of the angels.

The Islamification of England

Now, let’s take a final look at England as I bring this Report to a conclusion. The Islamification of England is well advanced right now.n London as in most cities of the world, the Mayor is the chief executive of the city and wields a great deal of power, both real and leveraged power. He normally holds the jobs and the finances of the police department of the city in his hands. The Mayor of London is a Pakistani Muslim, as are the mayors of other English cities.

Just to show you how bad it is, now it is illegal in some areas of England to display a china pig in your window where it might be seen by a Muslim. The police confiscated a collection of porcelain pigs from the front window of a woman’s house in the same road as Leicester’s main Mosque following a complaint from local Muslims that the display was offensive. Nancy Bennett, the owner of the china pigs, said she has been targeted by local Muslim youth gangs since she displayed red, white, and blue bunting after the death of Princess Diana.

She was told that England is now a multi-faith society and there are rules to be observed, and that the pigs may be trivial to some but the matter has to be dealt with.

This is the absurd levels to which England and the once great Countries of Europe have fallen. One by one the European countries fall to the invaders, but thanks to Tommy Robinson, England could be getting new life. People are in the streets demonstrating, shouting Hey Tommy Hey, and Free Tommy now. What people do is much more important than what they say.

I hope that those who now rule England will come to their senses soon because psychological forces such as those being seen in the English streets do not just go away, instead they fester and grow. My best guess is that the authorities will double down on their oppression of free people, and that will result in an explosion of power and violence.

Did the Political Prisoners of the Holocaust Live Politics?

For the record, Robinson was convicted of contempt of court not breach of the peace. He had previously been tried and convicted of contempt of court for his actions which had nearly caused a mistrial in an earlier court case. His sentence had been suspended and he was specifically warned by the judge at that time, that if he repeated his action in filming accused people in the immediate vicinity of the court, action which is illegal in the UK, his 13 month sentence would have to be served. He chose to ignore the judge and break the law, knowing the consequences.

I will take your word on that, if you will specifically cite the case and provide references to (a) the case and (b) the particular statute.

The word that Mr. Castle had was that Tommy Robinson was filming Muslims who had not been and were not going to be brought to justice or any sort of account for their own bad acts. If you have evidence to the contrary, this is the place to bring it.

Details of the original warning given to Robinson in 2017 at Canterbury Crown Court are contained in a pdf within the attached link. It also gives a British lawyers explanation of the law of Contempt of Court in England, and an outline of why Robinson’s offence was deemed so serious. http://obiterj.blogspot.com/2018/06/contempt-of-court-tommy-robinson.html?m=1