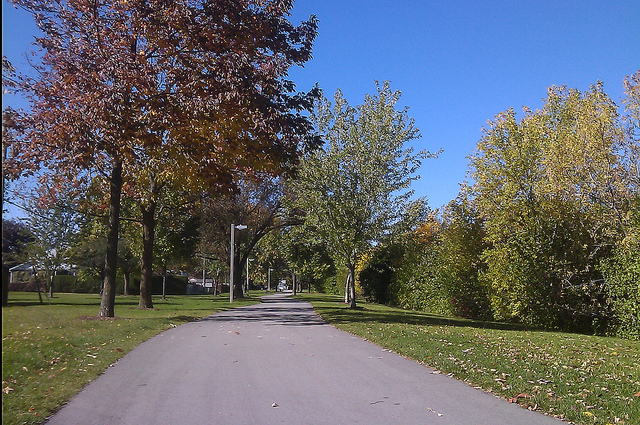 A lazy eye, technically amblyopia, is a childhood disorder of sight in which each eye sees a single object but the brain does not fuse the two objects into one single object – the child sees double. Double vision is intolerable to a human being so the brain turns one eye off – hence the name lazy eye. The vision in the turned off eye weakens sometimes to the point of blindness.

The goal of treatment is to have both eyes see the object and for the brain to fuse the twin images into a single object. Treatment for amblyopia is designed to force the patient to use the lazy eye. Usually the child wears an ocular patch over the strong eye that forces him/her to use the weaker eye thereby strengthening its vision. Treatment is extremely uncomfortable for the child and often resisted because the vision in the lazy eye is so much weaker than the vision in the strong eye.

How the Left weaponized cognitive dissonance

Cognitive dissonance in the 21st century has been weaponized and is the preferred leftist strategy being used to destabilize and drive America crazy – it is a malicious tool of social engineering that impels behavior change. The purpose of leftist cognitive dissonance is submission to its tenets of political correctness, moral relativity, and historical revisionism. The left wants its contradictory ideas and norms to overwhelm the population with anxiety so that traditional norms are turned off and unconventional leftist norms accepted. The left wants one eyed vision.

Breach of the bathroom

A shocking case that exposes the consequences of leftist transgender policies is generating massive cognitive dissonance in Oregon. A U.S. District Court Judge ruled that boys must be allowed to use the girls locker room, showers and bathrooms, and vice versa in public schools throughout the state. “According to Judge Marco Hernandez, ‘for children to see or be seen by someone of the opposite biological sex while either are undressing or performing bodily functions in a restroom, shower, or locker room does not give rise to a constitutional violation.’” WHAT?? Not a constitutional violation?

This is pure madness and flaunts Judge Hernandez’s personal attempt to shatter traditional morality from his activist leftist bench. Why?

Leftist judges, politicians, educators, and the colluding mainstream media intentionally present contradictions and absurdities as ordinary reality which is very confusing and anxiety producing to a sane individual. When an individual is pummeled with the incessant echo chamber of contradictions he becomes destabilized. When the anxiety producing contradictions reaches an intolerable threshold of destabilization the person will choose to accept and surrender to the insanity – he submits – fundamentally cognitive dissonance is a brainwashing technique used to turn one eye off.

In another shocking case of monocular leftist vision France just passed the Schiappa law that effectively legalizes pedophilia in France. France has joined Britain in declaring itself a dhimmi nation by refusing to protect its vulnerable children. It is hard to calculate which is worse, France passing the Schiappa law that denies any age of consent, or Theresa May’s loathsome government in Britain that ignores Muslim rape gangs in England.

England and France demonstrate the power of cognitive dissonance when traditional Western societies are under attack by those with hostile norms. The Muslim assault on English and French norms is facilitated by the English and French leftist policies of political correctness, moral relativity, and historical revisionism. Europe is a cautionary tale for the United States where the political left is currently attacking America from within – President Donald Trump is their existential enemy. This is how it works.

Sometimes enemies of the state are in a hurry and refuse to wait for the gradual process of cognitive dissonance to achieve submission. In a stunning case of coordinated censorship Alex Jones has been blackballed and erased from the Internet. Why? Because the leftists who control the information the public has access to decided that freedom of speech only applies to their own approved speech – they prefer monocular leftist vision. George Orwell warned the world about the thought police in his classic novel 1984 with extraordinary literary examples of cognitive dissonance – war is peace, slavery is freedom, ignorance is strength.

But cognitive dissonance is a two-way street. It may be the weapon of choice for the left – but it is also a boomerang. As the Mueller “investigation” proceeds in its illegitimate campaign to unseat duly elected President Donald Trump it is boomeranging onto itself. The staggering malfeasance of the Obama administration including his politicized FBI, CIA, DOJ, IRS, and State Department under Hillary Clinton are being exposed one Freedom of Information Act (FOIA) request after another. Tom Fitton, head of Judicial Watch, is determined to expose the seditious attempts by Obama et al to delegitimize and destroy President Donald Trump and the left is going wild.

The left demands one-eyed vision. President Donald Trump is forcing America to use both eyes and is pressuring Americans to focus the destabilizing twin images into a single unified American object. It is extremely uncomfortable for America to realize that the mainstream media reports they have been receiving really are fake news. They are coordinated, partisan, editorial, leftist Democrat globalist indoctrination designed to create cognitive dissonance in a malicious social engineering campaign that creates cognitive dissonance.

It is extremely destabilizing for Americans to see incontrovertible evidence that crooked Hillary really is crooked. For Americans? Any American? Yes!

It is destabilizing for conservative Americans who are now aware of the sinister institutional and deliberate attempts to destroy America from within – something they are having great difficulty accepting. Conservative Americans are frightened and disillusioned by the rampant corruption of the Obama administration that the Mueller “investigation” into President Trump has exposed. A corrupt politicized FBI, CIA, DOJ, IRS, and State Department are an existential threat to America.

It is destabilizing for leftist Americans because as political radical, psychiatrist, and philosopher Frantz Fanon explains in his book Black Skin, White Masks, “Sometimes people hold a core belief that is very strong. When they are presented with evidence that works against that belief, the new evidence cannot be accepted. It would create a feeling that is extremely uncomfortable, called cognitive dissonance. And because it is so important to protect the core belief, they will rationalize, ignore and even deny anything that doesn’t fit in with the core belief.”

The left has chosen to rationalize, ignore and even deny the malfeasance of Hillary Clinton to protect their core belief in “Her.”

Remember the psychodynamics of cognitive dissonance. When the cognitive dissonance becomes unbearable people will turn one of the competing thoughts off. They cannot tolerate double vision and they cannot tolerate inconsistency – people seek homeostasis so they turn one eye off or opt out. Here is the problem. One-eyed vision is a narrowed, polarized, intolerant, tribal view of the world.

The treatment for amblyopia is to strengthen the weaker eye but treatment is resisted because vision through the lazy eye is so uncomfortable and anxiety producing. So it is with America. President Donald Trump’s pressure to strengthen the weaker eye and have both eyes work together is the treatment that will make America healthy and unified again. It is a long, tedious, uncomfortable, and anxiety producing process but it is the protocol that will finally bring homeostasis back to America.