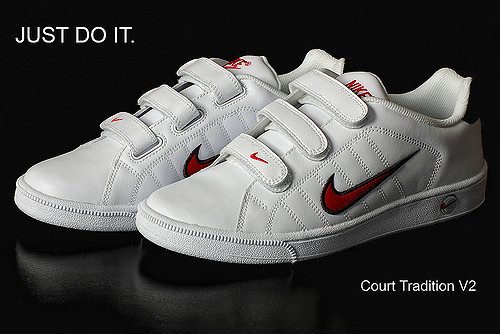 Some people aren’t loyal to you…They are loyal to their own need of you…Once their needs change, so does their loyalty! And so it is today with Nike.

Back in 2012, I remember walking up and down radio row doing radio interview after interview, doing my best to awaken those who have been dumbed down and desensitized by the corporate media that they once again declare that they do not believe (Roman 1:18).

I was telling those conservatives, yesterday’s liberals, that Barack Hussein Obama is emulating Mao tse Tung.

Obama created dependents who would vote for him

The same thing is happening in America today.

While I was doing interviews there at the Republican National Convention, I had one individual come up to me and tell me that Barack Hussein Obama had no chance of winning a second term because of all the welfare recipients that he had created.

I responded with that is why he will win. You do not understand that he is creating dependents: dependents on the government for free money, food stamps, housing etc… In all fairness, Barack Hussein Obama would have never won without the aid of voter fraud. Yet, the point remains.

Notice how this works and who it is that they use (1 Kings 13:33). Priests, Presidents, politicians, news anchors, actors, musicians and even sports figures. Not to raise the bar, but to lower the bar, to dummy down the people, to demoralize the people, and in turn, unbeknownst to the people, giving corruption the upper hand.

The same agenda is at work today through those who have made an alliance, like Nike. Nike’s new pick for their 30th Anniversary model and spokesperson is the disgraceful Colin Kaepernick.

Colin stated, “I am not going to stand up to show pride in a flag for a country that oppresses Black people and people of color.”

If you remember, the controversy started when Colin Kaepernick, who rejected reality while giving himself over to the propaganda, refused to stand for the national anthem during a pre-season National Football League game. At the same time, Colin was protesting “racism” while supporting all 5 members of the race-baiting, hate group “Black Lives Matter.”

Whom is he calling oppressed?

I am not going to stand up to show pride in a flag for a country that oppresses Black people and people of color.

Oppressed, really? Colin’s life proves the opposite. In fact, he signed a $114 million contract with the NFL.

Apparently, Colin has failed to remember that those he calls “oppressed” live in America where they have the opportunity to become what they work to become (2 Thessalonians 3:10).

As a matter of fact, take a quick look at others that are oppressed as the “victim of circumstance,” Colin Kaepernick.

Oppressed? I think not!

Colin also might want to take the time to take note of the fact that those who followed his lead in disrespecting the American flag just happen to be criminals.

Who is murdering whom?

Colin went on to say, “To me, this is bigger than football, and it would be selfish on my part to look the other way. There are bodies in the street and people getting paid leave and getting away with murder…”

That would be admirable if Colin had his facts straight.

During a press conference, where the “useful idiots” in the media were eager to make him a fellow propagandist, Colin added insult to injury to his own message by wearing a shirt which had photographs of the 1960 meeting of former Cuban dictator Fidel Castro and Malcolm X that read, “Like Minds Think Alike.”

And to think that Olympian John Carlos would look to Colin Kaepernick to be this generation’s civil rights leader. How irresponsible and reckless can one be? (Matthew 15:14; Hosea 4:6)

Friends, you cannot make this up.

Maybe next time Nike should consider the men and women that have fought, bled and died to give them the freedoms that they now enjoy today. They should do their homework and understand that freedom is given not to do what you ought to do and this isn’t it.

Pride of the Jihadi Mother

The Open-Market Economy of Ideas