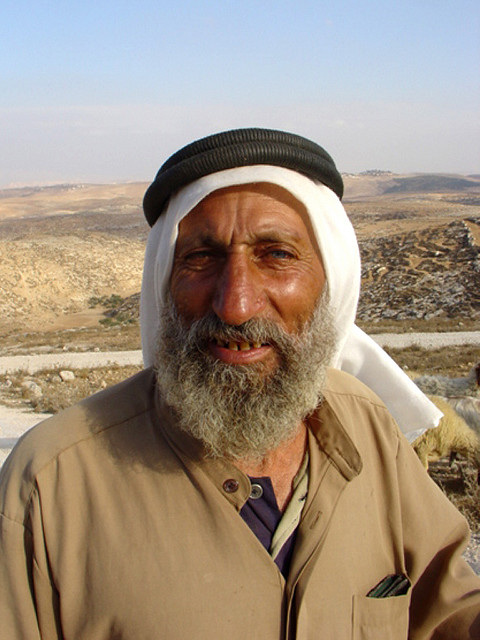 Over 30 years ago, as a young rabbinical student in Jerusalem recently graduated from college, I met some members of a Jewish Federation mission from America, in downtown Jerusalem. We began talking, one thing led to another, and I then told them one of my “pet” ideas of the time.

Not only did I tell these people on a Federation mission, but I also told others who came for the World Zionist Congress meeting and for the Jewish Agency meetings held later that summer. I was telling everyone in those days about my “idea”.

I pointed out that there were a lot of programs run by the Jewish Agency or funded by various ministries of the Israeli government, to encourage young people to come to Israel. What’s lacking, I said, was assistance from the organized Jewish community, to help finance these young people to get to Israel, or help for those who really fall in love with Israel, and decide to make aliyah (immigrate to Israel), with the aliyah process.1

Now, three decades later, I am satisfied to see free programs like “Birthright Israel” helping young people get to Israel. And “Nefesh B’Nefesh,” which helps individuals and families, with financial aid, employment guidance and networking, information about housing, banks, schools, the army, etc., help to navigate the bureaucracy, making the aliyah process smoother.

Why do I tell you all this? As an introduction to my next “pet” idea.

While reading the Torah portion Lech Lecha (Genesis 12:1), where God tells Avram (not yet renamed Avraham), to “Go from your land, from your relatives and father’s home, to the land I will show you,” which is the basis for the mitzvah – divine commandment – for Jews to live in the Land of Israel; I thought about this verse in today’s context. Its the Zionist mitzvah – aliyah – par excellence.

Yet, Avram and Sarai – later Avraham and Sarah – were not youngsters when they made aliyah. According to the Torah, they were 75 and 65 years old respectively.

So here is my new idea, based on G-d’s model: Develop programs like “Birthright Israel,” to send older people to Israel. Many baby boomers have never been there. Elders need to be encouraged to see Israel, make aliyah and “retire” there, to start the next stage of their lives, just as Abraham and Sarah did.

You could call it the “Abraham and Sarah Project.”

I say “retire,” but most older people today don’t really stop working, and sit around reminiscing about the good old days. With many people living into their 80s and 90s, these days retiring at 66 leaves at least 20 more good years of life. Since today’s retirees are in much better health for their age than used to be the case, they can still be productive contributors to society. Bring those people to Israel; they’re full of life experiences, skills, connections and yes for many, resources.

Unlike younger people just starting out in life, most older adults have worked for many years. They’ve raised families; many own homes, have investments, businesses and property. They won’t come to Israel as financial burdens, but as assets.

Older immigrants can contribute to Israel today as never before

Most people in professional Zionist circles have always encouraged youth to make aliyah. The work was tough. Israel needed soldiers. It wasn’t a place for sissies. It still isn’t, but most people don’t work in agriculture or backbreaking labor anymore.

Israel has a modern, developed economy, and the white-collar and entrepreneurial skills of Jews from America, Europe, Australia and South Africa fit nicely into that. Older people can make great contributions to Israel’s economy and to Israeli society.

It was always thought in professional Zionist circles that young people settling down in Israel would act as a magnet to attract their families. It was hoped that parents, brothers and sisters would follow and move there too.

I want to propose a new model of aliyah. Older people – grandparents – moving to Israel, pulling their kids and grandkids there.

Their grown children, who also have more wealth and resources than those just starting out in life, will come out for visits. Who doesn’t fly across America to visit their elderly parents? They’ll send their kids on vacation to see Savta and Saba, or Bubby and Zaidie – their grandparents, only now the grandchildren will be taking a trip to Israel. Since people are living much longer these days, someone who “retires” out to Israel at 66, might just see their children “retire” out there as well.

This is the future. Jewish birthrates are at an all-time low, except in Israel. The aging Jewish populations of America and Europe are growing faster than the general population. While the potential pool of aliyah by young Jews in America and Europe is drying up, the numbers of Jewish retirees is growing.

The baby boom generation must be tapped for the next big wave of aliyah.

It makes sense to reach out to these people. When Grandma and Grandpa move to Israel, they’ll be setting an example that will have lasting impact on the family.

Since grandparents tend to be the links to Jewish tradition, it will teach everyone in the family how important being Jewish and living in Israel are. If they open a new business, well, they’ll be able to invite someone (their grandson or granddaughter?) from the “old country” to help run it. And although it’s not pleasant to talk about, when they die, family members will want to go out to Israel to acquire their inheritances. How many will decide to move to Israel permanently when they already own factories, stores and real estate there?

With all the elderly moving to Israel, whole new industries will pop-up; remember, they’re elderly with some money. Geriatric medicine will blossom (aging Israelis will benefit too); adult education will expand; new entertainment places will open. Why can’t retirement communities be built, just as in Florida? They can be.

If it worked for Abraham…

G-d would never have told Abraham to pick himself up and go to Israel if it wouldn’t have been good for him. There is a Torah concept, “Ma’ase avot siman l’banim,” (the actions of our forefathers are guides to what we should do).

Just as for Abraham and Sara, who started their lives anew, elder aliyah makes sense!

1In Hebrew, aliyah literally means “the way up.” It refers to the ancient means of travel to Jerusalem. That required traveling a road that ran up a mountain—Mount Zion.

Bradlee, Censorship Sounds a Little Conspiratorial! It Sure Does.

A Case of Calumny