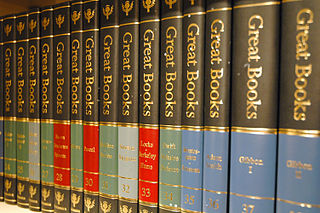 Hello this is Darrell Castle with today’s Castle Report. Today I will be talking about the rise to greatness of Western Civilization along with the rise of the American Ideal, and their fall from greatness. The decline of the West and especially America is on the minds of a lot of people today but what about their origins and their rise to greatness?

Ayn Rand once said “East minus West equals zero.”1 That might be a slight exaggeration but it is essentially correct. If you look at what other civilizations have contributed to human society over the centuries you will find that it is not very much. Even the contributions that other civilizations have made either find their origins in the West or they are an effort to imitate Western success. Western Civilization has dominated many centuries but today we look at why that is the case.

Western Civilization had its origins in ancient Greece but it is not Greek or Roman. It began to develop in earnest about 500 AD out of the chaos of the collapse of Rome. It remains unique among the world’s civilizations because it put the individual rather than the collective in the central position. That statement answers the question of why the West has been so dominant. The individual was unique in that he was created in the very image of God. The individual bore the image of God within him and therefore he had rights that had to be respected because those rights came from God, not government.

It took a while for those rights to achieve that respect of course but in 1215 the Magna Charta enshrined the rights of Englishmen in the great contract with the Crown and it made the King himself subject to the rule of law just like the average person. The American Constitution, ratified after the Revolution, separated America from England and also made it clear that the rights of the individual could not lawfully be violated by the collective majority even by majority vote.

Western Civilization, I argue now, was an attempt to spread the Christian Gospel to the world as evidenced by the writings of Christopher Columbus from his voyage to the new world as well as many others. However, it enshrined logic and rational thought as opposed to mysticism and superstition as the correct way to deal with the world. Because of the enshrinement of logic and rational thought we have science, technology, great literature, great art, capitalism and personal freedom, progress and a whole lot more.

Origins of American ideals of liberty

I was in Los Angeles last week visiting my daughter and she took me to the Getty Museum where we viewed art from some of the great masters of Western Civilization such as Monet and Van Gogh. It was there that I started to form this Castle Report in my mind. I have had the good fortune to travel the great capitols of the world in my 70 years and in those travels I have seen its art, read its literature, and listened to its music. Most of it inspired, at least in its inception, by a belief in the Christian God.

In the early days of the American Republic the Colonies were made up largely of independent minded, self-reliant people who had a strong work ethic. These qualities were necessary for people to leave their lives in England or Northern Europe and travel across the ocean to an unknown wilderness. They had the courage, imagination, and desire to create their own destiny. These were traits the other residents of Europe did not possess and that is also part of what made America unique. When Great Briton tried to impose more control over them by use of the British Army and by increased taxation to pay for that army, the colonials rose in rebellion.

First of all the American ideal was freedom. They didn’t want government entitlements or government-funded this and that extracted from the people against their will, or promises of government jobs. They understood that self-reliance was one of the prices of freedom.

What went wrong with Western civilization

So what went wrong that caused history’s greatest civilization to go off the rails? The collapse started with the outbreak of World War 1 in 1914 although termites such as the writings of Karl Marx had been eating away at the foundation for a few years. That was also the time of the creation of the Federal Reserve in 1913. Before that the US used gold for money and the dollar bill was simply a bank receipt for one twentieth of an ounce of gold. The income tax enacted that same year gave even more power to the state and those events coming together at once put the State at the center of everything, no longer the individual but the state.

The income tax erodes the rule of law

These things happening together also eroded the rule of law and morality in general in the United States. People have come to believe that the Federal Reserve and the income tax are unchangeable, unbreakable, fixtures but they are in every way enemies of the common man and have led us down the path to destruction. They are the main reasons why the average American’s standard of living has been dropping for about 40 years. All the world’s governments share a common philosophy now and that philosophy ignores the foundational principles of Western Civilization including the principle that people and nations become wealthy by producing more than they consume and then saving and investing the difference. Governments think by inflating the currency they can create prosperity but that philosophy is destructive of civilization.

The problem now is that Western Civilization has gone so far off the rails that hardly anyone can even recognize it anymore let alone care whether it survives or not. For example Western Civilization and the American system of law and justice require certain things when an individual is accused of wrongdoing.

We can’t allow our civilization and our culture to be so debased that it is no longer recognizable so that people are no longer surprised when basic individual rights are trampled. People become immune to the abuses and accept them as the new normal. I quote from an article entitled Epitaph for a Dying Culture by Victor Davis Hanson “So history has become melodrama, not tragedy. Figures of the past who were human and not perfect, and who prove, according to today’s value systems, not good progressives are thus deserving of historical annihilation.” Mr. Hanson further points out that the affluence and luxury of the present creates this pampered intellectual indulgence.

But those of the past accomplished things our present generation lacks the courage and resilience to do—whether navigating the Atlantic in a leaky boat without accurate navigation, homesteading on the prairie in an age without machines or modern medicine, or flying a B-17 without fighter escort over 1943 Germany. Mr. Hanson believes that we are headed into a dark place in fact a new dark age.

Where can we look then for relief, for help to save our civilization? To the universities where the brightest reside? No, the universities are already in a dark age where identity politics deny due process. Free speech in the Universities has vanished under a cloud of “hate” speech or even “hurtful” speech. Diversity of appearance is required but no diversity of thought or opinion is allowed. Censorship is allowed and often justified by what have come to be known as trigger warnings.

What about the media then, surely the media as the watchdog of the government can help us. No, the media has become nothing more than a tool for the 1%. News is simply invented to advance the progressive cause of identity politics. What about new technologies such as social media and the Internet. The masters of the universe who run these technologies have by their own admission, complete control of communications. Google recently issued a 75 page report in which it admitted controlling virtually all internet traffic and also defended its right to act as the good censor of that traffic.

When the ends justify the means

Google believes that it has the legitimate right to decide what you can freely say and what you can’t freely say. Google denies the sanctity of free speech and says that free speech gave us the election of Donald Trump so from now on Google will decide if speech is free or not. It’s all done for the collective good of course.

The ends always justify the means so that it is not important how vast wealth is acquired as long as it is used to further the prevailing progressive agenda. If not, then riches are proof of greed and probably criminal activity in their acquisition.

Where then are the escape routes from this new Dark Age? Professional sports, no that has evolved into just another method of promoting progressive social justice as seen by the eyes of multi millionaire players. Hollywood perhaps, no Hollywood has run out of creative ideas and is just another propaganda venue constantly screaming its progressive lines at us. All comedy is just more and more progressive civilization destroying themes. Language is corrupted and changes almost daily so that words mean their opposites now.

But those of us who live in the real world see these things and react to all this differently. We no longer watch the Emmys, Grammys, or Oscars or any sort of awards show. We don’t go to movies or even watch them on television or our computers; we can no longer listen to poplar music since it is also just another cesspool. We keep our thoughts to ourselves, especially at work lest we run afoul of some unwritten rule or be fired or sued or ruined for some perceived act.

Mr. Hanson pointed out that to find escape we withdraw into a physical or mental monastery in order to have some refuge from the constant sermonizing, worry over thought crimes, and lectures about perceived shortcomings.

Finally folks, that’s where I find myself: in a mental monastery. In that monastery I find my refuge but it is often very lonely here. Welcome to the new Dark Ages.

1Actually, Werner Keller wrote a book by that title in 1962. He sought to show everything Russia had achieved, built on Western work. Ayn Rand did not use that expression in any of her essays. But her colleague, Edith Efron, reviewed Keller’s work in The Objectivist Newsletter, November 1962.

Related Topics:historyjudiciarylibertymediaWestern civilization
Up Next

Bradlee, Censorship Sounds a Little Conspiratorial! It Sure Does.

The Mental Monastery description is spot on. We ARE living in the Dark Ages. I just hope that the pendulum swings back during my lifetime.