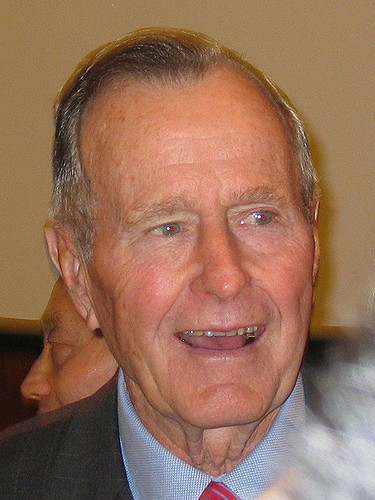 When Harry cheated on Sally he accused Sally of cheating. What? It is called projection. Psychological projection is a “psychological defense mechanism in which the human ego defends itself against unconscious impulses or qualities by denying their existence in themselves and attributing them to others.” Projection is a method of blame shifting – Harry blamed Sally for what Harry did.

When Harry accuses Sally it is incumbent upon Sally to defend herself from the bogus charges. This cunning maneuver shifts the focus from Harry to Sally which is the underlying strategic objective of the false allegations. So, while Sally is busy defending herself Harry’s guilt goes unchallenged and he can continue to cheat. The best defense is an offense.

Political projection operates in the same way. A politician or political group accuses the opposition of doing precisely what they are doing themselves. The coordinated attack on President Trump and the well-orchestrated, well-funded effort to destabilize and delegitimize his presidency is a prime example of political projection.

So, who is the opposition and what are the charges?

In my 12.23.18 article, “The Betrayal of America: Who Do You Trust” (see also here) I define globalism as synonymous with one world government and state unequivocally that:

Globalists are the existential enemy of American sovereignty, independence, and they are desperately trying to destroy America first President Donald Trump and every one of his America first initiatives. Globalism is at war with Americanism…Globalist politicians are enemies of the state and serve their own agenda on both sides of the aisle. Their loyalties are to the global enterprise (one world government) and not to the United States of America.

So, how do the globalist elite control the corrupt globalist politicians in the Washington swamp? They finance their preferred candidates of course!

Hillary Clinton was the globalist darling of 2016 – OOPS – that did not go as planned. So, the deep state had to switch to alternative Plan Y – their insurance policy that would destroy President Trump by any means necessary. The litany of allegations and accusations leveled against POTUS are staggering and the commitment to investigate them shown by the deep state operatives is stunningly hypocritical.

Examples of projection in action

Let’s examine the behavior of some of America’s most dangerous globalists and their political projections.

Washington swampster Robert Mueller leads the “investigation” into accusations against President Trump of Russian collusion to influence the 2016 election.

In Daniel Greenfield’s brilliant 12.27.18 article, “Hillary’s Russia Doomsday Scenario” he explains the purpose of the accusations of Russian collusion concocted by the Clinton campaign:

They needed a potential election defeat to be illegitimate even before it happened. . . . The Russia theme enabled abuses like the FISA warrant. Any scandal short of foreign espionage would not have allowed the Obama administration and its Clinton allies to pull off their own Watergate. Being able to eavesdrop on Trump allies was crucial to the conspiracy. But false accusations are also revealing. The accusers tend to slander their targets by accusing them of their own crimes to cover them up. What Trump and his allies have been accused of, is what Clintonworld most feared being accused of.

Uh-oh! The Clinton allies did what Harry did – they accused President Trump of what they were doing themselves.

The true Russian collaborator was crooked Hillary Clinton herself and the infamous Uranium One deal she orchestrated while secretary of state that sold 20% of our American uranium to Russia! And who do you suppose was hand picked to deliver the secret enriched uranium sample to Russia? None other than the equally corrupt Robert Mueller himself.

The best defense is offense

Remember, when Harry cheated on Sally he accused Sally of the cheating to deflect the focus away from himself. The entire Mueller investigation is based on the same operating principle and for the same reason. The guilty accuser protects himself with falsified accusations that hide his own guilt – the best defense is an offense.

The maliciousness and magnitude of the effort to bring down President Trump is directly proportional to the threat that POTUS poses to the existence of the deep state. An investigation by the Trump administration into the staggering malfeasance of Hillary Clinton would not only lock HER up, it would also implicate Barack Obama and the shocking involvement of a corrupted Department of Justice. It would expose the entire deep state apparatus and its meddling in the 2016 presidential election.

What is fascinating is the similarities between the ongoing attacks on President Trump and the attacks made on former Presidents Kennedy, Nixon, and Reagan. These former presidents are not from the same party – but they shared a patriotic commitment to America-first policies that threatened the influence of the globalist deep state. So, if the globalist elites finance their preferred candidates why would they finance America-first presidents?

Because they also chose globalist vice presidents as their political insurance policies – they hedged their bets. The three former vice-presidents were all seasoned politicians from the Washington establishment aka part of the globalist infrastructure. What happened?

Ronald Reagan was a radical patriot who brought the country “Reagonomics” – supply-side economic policies of tax reduction, deregulation, and reduction in government spending. Reagan was as threatening to the establishment then as President Donald Trump is now. Reagan was also an outlier who was disparaged relentlessly and only months into his first term some “mysterious mental case” tried to assassinate him. Sound familiar? Had the assassination attempt on Reagan succeeded, globalist Vice President George H.W. Bush would have replaced him.

The deep state waited and did not risk supporting another outlier for president. After Ronald Reagan they supported former CIA director globalist swampster extraordinaire George H.W. Bush who became the 41st president of the United States. George H.W. Bush was an ardent globalist who signed the pro-globalist North American Free Trade Agreement (NAFTA). His economic policies weakened America and were designed to restore the status quo and primacy of the globalist world order that Reaganomics had disrupted.

It was very instructive to witness the Washington swampsters lionize George H.W. Bush at his recent funeral. For four days they honored him, a man like themselves, who put his own self-interest before America’s interests like any good globalist would do.

The Mueller affair will wrap up with a report and be followed by a full court press. In his 12.28.18 article, 2019: Impeachment and Worse-Unless Americans Act Now Freedom Watch attorney Larry Klayman warns, “Pelosi’s Democrat-run House will waste no time using the smears and innuendo in Mueller’s report to introduce articles of impeachment to start the process of removing the president from office.”

The deep state and the Washington swamp who do its bidding are desperate. They know it is highly unlikely that there will be a Senate conviction for high crimes and misdemeanors but the charges were always meant to deflect attention away from the guilty parties and keep President Trump on the defensive. Remember, when Harry cheated on Sally he accused Sally of the cheating to coverup his own infidelity. Keeping Sally on the defensive was the strategy that allowed Harry to continue to cheat.

Impeachment proceedings are the political projections of the soft coup against President Trump designed to make it impossible for him to run again in 2020.

It is time for Americans to realize that Harry cheated on Sally and then accused Sally of cheating to win the presidential election in 2020.

Who Gave Congress Delegated Authority to These Subversive Organizations to Operate in America? The People Didn’t!