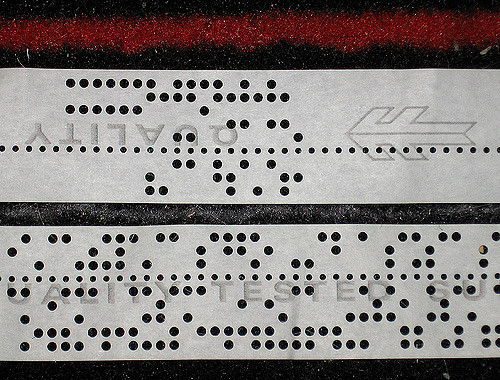 When I was in law school in the mid to late 1970’s we had a course called antitrust. One of our most respected law professors taught that subject. He used to tell us stories of how he spent 20 years working for the government on the case of U.S. v. DuPont and how that case eventually forced DuPont to break apart.

Hello this is Darrell Castle with today’s Castle Report. Today I will be talking about the continuing efforts of the Tech Tyrants as they use their information monopolies to censor anyone and everyone they happen to disagree with. This Report deals with a subject that reminds me of Ray Bradbury’s 1953 novel Fahrenheit 451. This novel took place in a future where books were outlawed and firemen would burn any they found. The number 451 was the temperature at which books would burst into flame. In 1966 the book was made into a fairly successful movie.1 Today it isn’t necessary to burn books since they can be digitally banned, but the effect is the same.

Antitrust is not my field but the premise behind it is that no company should control the entire market because it stifles competition and hurts the consumer. Fast forward to today and you will see that Amazon not only controls virtually all of its own market, but it is threatening other markets in its product chain. Amazon trucks now roam the streets in competition with Fed Ex and UPS. I have even seen reports that Amazon would like to buy Fed Ex.

For purposes of our discussion, Amazon controls the market for on line book sales to the extent that virtually every brick and mortar bookseller in the country is bankrupt and out of business. The result is that if you write a book or have a book to sell you will sell it on Amazon or you won’t sell it. Now that Amazon has developed market control to the extent that it has almost 100 per cent of the market, Amazon’s CEO, Jeff Bezos, and his board, have apparently decided that they can now ban any book or opinion that they disagree with.

One man controlling all opinions?

Jeff Bezos, the head of Amazon, and reportedly the world’s richest man at $140 billion, is also one of the world’s most powerful men because he decides which opinions are worthy to be heard and which are not. He also owns The Washington Post so he always gets his opinions published, just not those he disagrees with. Now that Amazon has bought Whole Foods it is in the grocery business as well but that is not enough for Mr. Bezos. He also wants to develop his own chain of grocery stores to compete with every other store in America and perhaps the world thus controlling the food supply of all of us.

I wonder if it scares anyone in government, anyone in the Justice Department, that one company, and in effect one man, will soon control every opinion we are able to publicly state, as well as almost everything we eat. Perhaps I’ve hit on something here and the actual reason this company wants to gobble up the entire world is power, not money. I mean, what’s another billion to a man like Bezos, but power, that addictive drug is so alluring. What could be more ego satisfying to a power junkie than the power to control which thoughts can be expressed and which cannot.

Goliath takes us down the road to totalitarian thought control, and I suppose that when Mr. Bezos is able to ban all bad thoughts the only thoughts left will be pure like his. It seems that Amazon has been on course to digitally burn all those books the company disagrees with. Remember that if you don’t sell on Amazon you don’t sell. Many authors of many books have been taken down and are no longer available in any format.

Unfortunately Amazon is not alone in its efforts at thought control. Financial Institutions such as PayPal are supporting Amazon’s efforts. A person whose books I have occasionally read inquired of PayPal why it demonetized him and he was told that the credit card companies ordered them to do it. So PayPal itself would be somehow delisted if it did not do what the big financial houses ordered.

Here’s something else that’s pretty scary folks; if we are headed rapidly toward a cashless society and it is obvious that we are, the only way to purchase will be through a card which is controlled by one of the big financial houses such as Citibank. If that company can prevent you from purchasing a book or selling a book, it can prevent you from purchasing anything. Should you fail to satisfy its thought control guidelines, no food or transportation? It might sound a little farfetched right now, but I can assure you that it isn’t.

SPLC: informers to the Tech Tyrants

I suspect that Amazon, Face book, Twitter, and the others have help besides the financial institutions. Their list of hate groups, and rule violations look very similar to those published by the Southern Poverty Law Center. Possibly representatives from the various tech tyrants and those from SPLC sat down together and decided who could publish and who could not. It is also interesting that they will never tell their victims which of their rules was violated because they know it is a false accusation.

This problem is not restricted to America either because the same corporations control which thoughts may be published all over the world. Over in the UK British politicians have been struggling with the issue of Brexit. The British people voted to leave the European Union but it seems that British politicians no longer care about the will of the people. In the meantime, they continue their efforts to destroy the one man who represents the will of the British working class people.

Tommy Robinson has been harassed, threatened, and imprisoned for his outspoken beliefs and his unwillingness to stop speaking out for the thousands of British children from working class families kidnapped, raped and tortured by what are usually and euphemistically referred to as grooming gangs. The non-politically correct name for them would be Muslim rape gangs. The politicians I suppose, are willing to sacrifice anything, even their own country’s children if it helps to fulfill their dreams of a new world order, globalist, and one world government utopia.

Facebook and Twitter allegedly met with members of various Muslim groups n the UK who told them that Tommy’s views were a threat and so he had to go. What we know for sure is that Tommy is banned for life from Face book, Twitter, and PayPal. His books and videos have also been removed from Amazon so he has, in essence, been disappeared at least digitally.

Blowing the lid off scandal

Millions of people admire Tommy as a hero of freedom and for his unrelenting attacks on the crimes of child rape and torture. Not everyone admires him though. Many see him the way the media characterizes him as thug, lowlife, brawler. Whether you admire him or you have a very low opinion of him remember that first they silence him, then you may be easier, but they will come for the thoughts of all of us eventually unless they are stopped.

Tommy refuses to just shut up and go away as those in government and media would prefer. He pulls back the curtain on the mass media in Great Britain or the Britain that was once great, and shows you what’s really back there. Hopefully his documentary “Panodrama” which exposes the British media giant BBC is still available somewhere.

The government can’t protect against the Tech Tyrants

The Media and the various corporate interests which own it probably think that efforts to silence Tommy and many like him here in America will successfully complete their control of thought and their monopoly on speech. Only views they find acceptable can be shared with the general public while they reserve the authority to censor all others. However, they broadcast their own propaganda to us 24/7.

We look to government to save us and protect us because that is what we have come to expect. Looking to government as protector is what we in socialist countries, and that’s basically all of them, have been taught for generations. We must come to understand that corporations such as Amazon, Facebook, and Twitter are more powerful than the government in some ways. The government is subject to the bill of rights but they, as private corporations, are not so that’s the veil they hide behind.

Where their sympathies lie

Many, if not most, in government support the efforts to suppress free speech. The same is true, unfortunately, for the general population in America. A recent poll revealed that 48% of college students think that hate speech should not be protected while 37% of the general population thinks it should not be protected. Remember that hate speech is whatever the government and the tech tyrants say it is. The conclusion we can draw from that poll is that it is getting worse as many years of education in today’s socialist education system take their toll on America’s children.

Power corrupts, both the mind and the morals, and it is irresistible to those who have tasted it and a powerful attraction to those who have not. Those who have power want more of it and they also want to exercise it otherwise what’s the good in having it. They will use their power against the powerless at every opportunity and they will never, ever voluntarily give it up. Power must, therefore, be prized from their hands.

Finally Folks: To have freedom of speech we must have the right to tell people, especially powerful people, what they don’t want to hear. We have to be able to speak the truth as we see it without fear of losing our jobs and/or our social standing otherwise our speech is not free and neither are we.

Related Topics:censorshiplibertysocial media
Up Next

Anti-Semitism and a proper response